Festivals have come a long way. They have been recognized as part of humankind's way of life. We've come to know a lot of these in the form of religious activities, cultural events, carnivals, movie marathons among many others. True enough, whenever there's a festival, what comes to one's mind first is purely a celebration per se. But what is a festival anyway?

Typically, a festival is an event organized by a local community that has something to do with the celebration of its distinctive characteristic. Though some festivals are recognized in a certain country, the scope is felt worldwide. More often than not, a festival is considered a special occasion which by nature has a religious implication that is passed from generation to generation. But as time passes by, there are some festivals that are organized which veer away from religious influences. In fact nowadays the list of festivals is almost endless and I will enumerate here just some of the main categories:

Let's now consider some of the festivals that the world has known, its origin and the scope of such celebration. I choose to write about some common and widely celebrated festivals plus I picked "The tuna festival" - a local not so known one.

One of the world's most famous celebrations is Christmas, said to be the commemoration of Jesus' birth which is December 25. People view it as a time for everyone to enjoy coupled with lavish celebration, colorful decorations almost everywhere, exchanging gifts with family and friends and singing harmoniously with lyrics depicting the essence of Christmas. But for most, this is the time when family members spend time together at least once a year, especially those who are far away from each other. But what exactly is the origin of Christmas?

The rationale for setting up December 25 as Christmas is somewhat ambiguous, but it was understood that the day was selected to correspond to certain pagan festival that happened around the time of the winter solstice, when the days start to lengthen, to commemorate the 'rebirth of the sun'.

Saturnalia (a Roman festival devoted to Saturn, the god of agriculture), also happened at this time, and it was believed that some of the current Christmas customs originated from this ancient pagan celebration.

The New Catholic Encyclopedia acknowledges this: "The date of Christ's birth is not known. The Gospels indicate neither the day nor the month...According to the hypothesis suggested by H. Usener and accepted by most scholars today, the birth of Christ was assigned the date of the winter solstice (December 25 in the Julian calendar, January 6 in the Egyptian), because on this day, as the sun began its return to northern skies, the pagan devotees of Mithra celebrated the die natalis Solis Invicti (birthday of the invincible sun). On Dec. 25, 274, Aurelian had proclaimed the sun-god principal patron of the empire and dedicated a temple to him in the Campus Martius. Christmas originated at a time when the cult of the sun was particularly strong at Rome." â€“ (1967), Vol. III, p. 656.

The Encyclopedia Americana says: "Elements of the customs connected with Halloween can be traced to a Druid ceremony in pre-Christian times. The Celts had festivals for two major gods â€“ a sun god and a god of the dead (called Samhain), whose festival was held on November 1, the beginning of the Celtic New Year. The festival of the dead was gradually incorporated into Christian ritual. â€“ (1977), Vol. 13, p. 725. 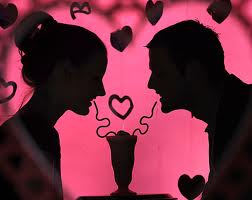 Another annual worldwide celebration is Valentine's Day set every 14th of the month of February. Here, people from all walks of life are enjoying this memorable day especially the couples. In some parts of the world, like the Philippines for instance, February is considered the month of hearts by virtue of this one day affair that make people display their affection for one another even in public places.

As to the history of this celebration, The World Book Encyclopedia informs us: "Valentine's Day comes on the feast day of two different Christian martyrs named Valentine. But the customs connected with the day probably come from an ancient Roman festival called Lupercalia which took place every February 15th. The festival honored Juno, the god of nature." â€“ (1973), Vol. 20, p. 204

This is the day when mothers worldwide are honored sometime in the month of May for the undying love and unconditional sacrifices they are giving for the family. Various activities dealing with mothers and motherhood alike are organized that signifies the importance of the person considered as the "light of the home".

The Encyclopedia Britannica has this to say: "A festival derived from the custom of mother worship in ancient Greece. Formal mother worship, with ceremonies to Cybele, or Rhea, the Great Mother of the Gods, was performed on the Ides of March throughout Asia Minor." â€“ (1959), Vol. 15, p. 849.

After a long dark winter, Spring is joyously welcomed through a festival called Floralia. Mother Nature has definitely blessed us with beautiful sceneries highlighted with various amazing flowers all over. MayDay continues to be a commemoration of rekindled love and the delight of the return of Spring. Some people gather flowers on the May Eve for the next day while some couples courageously make love in their garden to ascertain fertility. Celebrated in several countries, this festival has truly evolved with many names.

This festival that lasts for six days from April 27th to May 3rd originated from pagan Romans to honor Flora, the Goddess of Spring and of Flowers. It was a time filled with happiness and laughter in ancient Rome. People are enjoying, singing, dancing as well as gaming. Milk and honey are offered to Flora. As for the ancient Roman prostitutes, this festival seemed to be made specifically for them since Flora was considered their patron goddess that is why this was really special to them. In fact, they took part in many events like performing naked in the theatre as well as gladiatorial feats.

This is an annual film festival held in Cannes, France usually in the month of May. Through this festival, movie producers from different countries are showcasing their films to compete with each other. Now on its 63rd edition, the latest festival took place last May 12 to 23, 2010 wherein the Jury President was American director Tim Burton.

Stars fall down from heaven so to speak as many famous movie stars who are part of the competing films graced the annual event adding glitz and glamour. This festival actually serves as the venue for movie producers to launch their newest films to be marketed globally. At the end of the festival, awards are given to the best artists who have great portrayals, best directors, best films and many other awards. 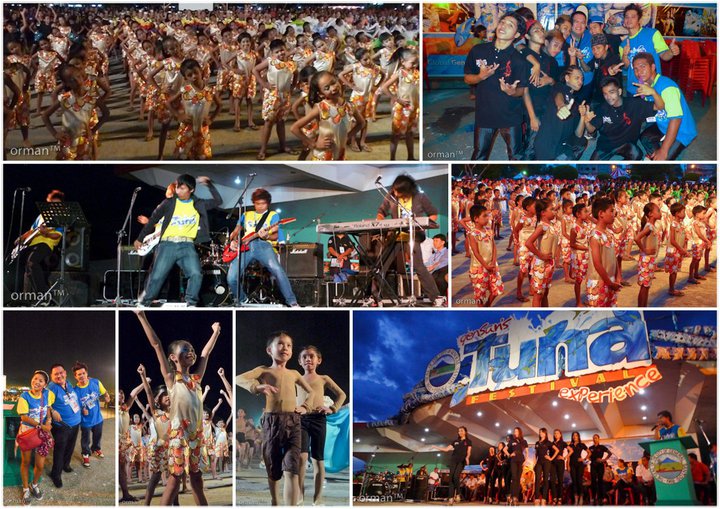 As the name suggests, this annual week-long festival focuses on the primary source of income of General Santos City, Philippines â€“ the tuna industry. Aside from being known as the place where the world's best pound for pound boxer Manny Pacquiao lives, the city has an outstanding contribution of roughly $280 million in the country's annual revenue from exports. It is just fitting that this festival is celebrated to highlight the major impact of the country's fishing industry.

Started in 1988, this annual festival continues to uplift the morale of the city's residents as this has enticed a lot of people from neighboring cities to witness the different activities focusing on the city's tuna industry. On top of this are the Tuna Congress, Tuna Fiesta Carnival, Tuna Culinary Skills Competition, Sashimi Night, Fish dance Competition, Mr. & Ms. Gensan, Bodyfest Modelling Competition, Float Parade and the Karagatan Awards which honors "the unsung heroes of the fishing industry".

These are just some of the festivals that are already established and made a mark in the history of human race which are presently enjoyed by many people around the world. As you can see, not all celebrations are connected with religious rites. The options are countless - you can choose festivals that focus on sports, academics, music, dance or whatever else you want and take part in any of these. Participate and have fun!