InfoBarrel is a writing platform for non-fiction, reference-based, informative content. Opinions expressed by InfoBarrel writers are their own.
InfoBarrel > Lifestyle > Beauty

Most of us know of a strong woman who has fought breast cancer. This disease has affected many of our mothers, grandmothers, sister, wives or friends. Despite the medical advances, many have not survived. There has become a message for sufferers: Fight Like a Girl. This is no small thing. There have been amazing struggles undertaken by women who, regardless of their size, have been more than equal to the fight.

Very many of the victims have not gone easily or quietly. During their ordeal, they have impressed many and given strength to other sufferers right to the end. You have to acknowledge their strength.

In the Pacific Northwest, there are many Dragon Boat teams that are comprised of breast cancer survivors. These women paddle their large boats in racing competitions most weekends up and down the coast. The races are intensely physical. Sometimes the cancer survivors compete against themselves and sometimes not. They always exert themselves fully, and they often win their races.

These women must be using the determination that they have used to combat their terrible disease. These women bring it all the time. Their practices are likely to be just as intense as their races. "Fight Like a Girl" means "Fight at tremendous intensity and at all costs" to these women. We can all admire and encourage those unfortunate women currently struggling with breast cancer. We can congratulate those who were courageous survivors. We can refer sufferers of any severe illness or difficulty to the breast cancer survivors. Mostly, however, we can support the research into breast cancer treatments. With the advances that have been made in recent years, there has been a tremendous improvement in the breast cancer survival rates and indeed for most all cancers. This will hopefully continue to improve. Our support will definitely help. 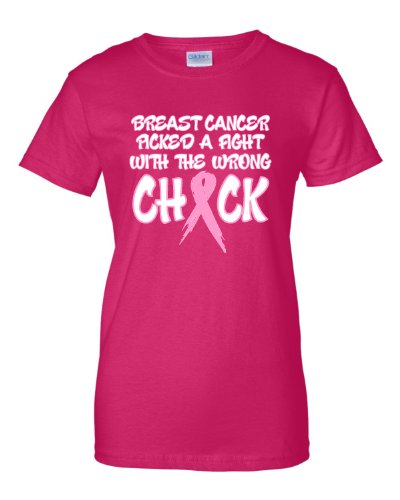 Large Heliconia Womens Breast Cancer Picked A Fight With The Wrong Chick T-Shirt Amazon Price: $15.95 Buy Now(price as of Jan 12, 2016)
Order larger than your normal size, according to existing buyers.

Charlize Theron is an inspiration to everyone, especially girls. This accomplished actress was able to take various roles and turn them into powerful acting statements. Some of her characters are now regarded as some of the best portrayed in the modern era. She won an Oscar for her work on "Monster" as "Aileen". In this movie, Charlize was able to completely re-make herself. Rather than the familiar beautiful actress that everyone has come to recognize, she depicted a much less attractive woman. The role was pivotal for Theron as it showed that she had a depth of talent that was previously unknown.

Later, she acted in "Prometheus" and "Snow White and the Huntsman" where her beauty was again on display. While she has not suffered from cancer, she has had to endure some medical conditions. She suffered a herniated disc in her neck caused by performing back handsprings. Luckily she was able to heal in time. 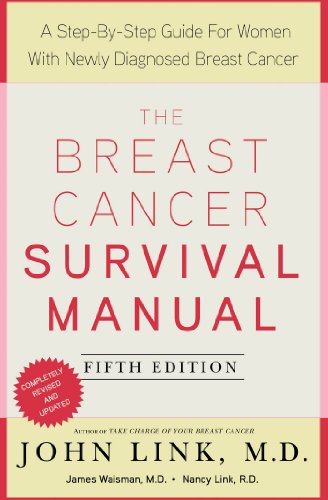 She suffered a series of small strokes which resulted in her withdrawal from public life. In retirement, she fought various health concerns but was able to convey a message of condolence when President Ronald Reagan passed away. She also traveled to California to pay her respects to President Reagan, a man who was in office at the same time as Mrs. Thatcher.

Margaret Thatcher was a force virtually to the end of her life. She was able to compete with men, in a man's world, and win. She fought a war with Argentina that few people imagined that would happen. The Russians knew her resolve and respected her because of it, or simply accepted that they had to comply with it.

Margaret Thatcher remains an inspiration to both women and men to this day.

Susan Komen is the inspiration for the "Run for the Cure" organization which advocates for cancer treatment. Susan fought breast cancer for several years before passing away. She and her sister, Nancy Goodman Brinker, discussed the need for better cancer. Nancy started the foundation which became extremely successful, becoming the largest organization of its type in the world.

The agency has performed a lot of great work in the years since 1982. It has advanced education and contributed towards cancer research. It remains a powerful force in the fight against cancer.

The Dana-Farber Cancer Institute established "Young and Strong", a program to combat breast cancer. Through the efforts of people such as Dr. Ann Partridge, they treat patients for the disease while addressing the need for counseling. Issues such as fertility and genetics are examined.

Young and Strong was the first program of its kind in New England, USA. Started in 2005, it has helped more than 1000 women since. Each receives a treatment plan tailored to their particular situation. Fertility concerns are addressed early so that patients can make informed decisions. Counseling is seen to be very helpful for these women as well.

The program provides exercise classes and consultation, nutrition services, and more supporting resources. These provide emotional support, as well as basic needs such as clothing and wigs when needed.

Dr. Ann Partridge is the program founder. She has published numerous manuscripts on breast cancer survivor issues, and breast cancer in general. Dr. Partridge has received several awards for her dedication and she serves as a scholar for the Susan G. Komen foundation.

Sadly, most families have women who have been afflicted with breast or other cancers. Many have not survived their condition. Practically everyone knows women who have fought their medical conditions and met the challenge. They are inspirations to us all.

We are particularly strengthened by those women who have defeated cancer. They represent hope for anyone else who should happen to get a terrible diagnosis in the future. These ladies are reminders to everyone that health is a serious concern. Such practices as self examination, and regular medical care, are among the main methods to prevent problems in the first place, or deal quickly with them.

Medical care has advanced greatly in the past 100, or more, years. Many types of cancers are now treatable, ones that were fatal not so long ago. More research is needed, and advances made, of course. With the application of keen medical intelligence, and the backing of strong women, the fight will be won.