Thanks for reading!
InfoBarrel is a writing platform for non-fiction, reference-based, informative content. Opinions expressed by InfoBarrel writers are their own.
InfoBarrel > Lifestyle > Education

Film Courses Vs. Films On DVD

Credit: morguefile.comIf you’re a little low on cash and want to learn filmmaking, there are a couple of ways you can go. One is to take some film courses at a well-known school (not a big fan of online courses) or go down to your local video store and rent some DVD’s of movies that have loads of special features. In this article we’re going to explore some pros and cons of each learning method while at the same time making a few suggestions. I hope this helps you make up your mind which way you want to go.

• In most cases you get hands-on technical experience that you can only get by making a film. • Film courses will allow you to make friends and contacts in the business that you will probably use for the rest of your career. • You’ll get experience personally working with actors and actresses. • You’ll be able to experience the extreme pressure real life directors are put through. • Actually going to school (even a workshop) makes for a memorable and enjoyable experience.

• Cost is one of the biggest drawbacks to taking a quality film course. Expect to pay several thousand dollars just for the class. • The second biggest obstacle when taking a class is the amount of time it will require. You’ll need to make sure that you are able to attend class and still be alert enough to actually learn. For most people that means taking time off work or re-working a schedule. • Unless you live in the same area where you will be attending class, be prepared to pay for living expenses or travel time.

• New York Film Academy: Has several short workshop film courses covering digital, traditional film and even music video. They range from 1 week to 12 weeks and can run you anywhere between $1000 and $6000.

• American Film Institute: Has a three-week directing workshop for women which require you to raise funds and make the film. Expect to pay close to $10,000 when all is said and done. They also offer various classes at Montgomery College in Maryland which usually cost less than $2000 requiring under a week of class time.

• USC School of Cinematic Arts Summer Program: Offers over thirty classes each summer covering every aspect of filmmaking. The courses are intensive and competitive, so sign up early.

NOTE: I know that there are often a lot of online workshops to be found, but in my opinion many of them are no better than going the DVD route.

• Renting a DVD from Netflix or a rental store is a lot cheaper than taking a traditional film class at a school. • The content is vast having examples of filmmaking that you can see and playback as many times as you need. • You can choose specific film genres that you will be making yourself one day. If you plan on making horror movies then rent only horror DVD’s.

• Limited hands-on technical experience until you can afford to buy equipment. • It can be a lonely way to learn until you actually begin doing. • Not as many influential contacts (if any), though you can remedy this a little by being active on the web.

• The Godfather Collection: This incredible 5-disc collection has all three films, each one with its own commentary by the director (Francis Ford Coppola). The rest of the bonus material is spread out over two more discs and include shorts like “The Masterpiece that Almost Wasn’t”, “When the Shooting Stops” and “Coppola and Puzo on Screenwriting.” There is also a notebook that delves into how Coppola adapted Puzo’s book to film.

• Dawn of the Dead (Ultimate Edition): This four disc collection holds each of the three versions of the film, each with its own set of commentary. The fourth disc contains all of the other features including tons of interviews with people like Dario Argento, Ken Foree, George Romero, Gaylen Ross and Tom Savini.

• The Incredibles (Two-Disc Collector’s Edition): If you’re at all interested in creating any kind of animation film then you need to look to the best – Pixar. You’ll find the commentaries you expect, of course, but the real prize is getting a behind the scenes look at the inner workings of this Disney company.

• Robert Rodriguez Mexico Trilogy: This collection basically puts together El Mariachi, Desperado and Once Upon A Time in Mexico into one package. The special features for each film are the same as they were with individual release. If you don’t already own them individually, you need to buy this set. Rodriguez is known for being generous with his filmmaking knowledge and all three have a lot of valuable information on them. Other films may win in quantity of extras, but none can surpass these in quality.

• Panic Room (Three Disc Special Edition): I know that this film isn’t considered as great as some of David Fincher’s other flicks, but it has the same amount of special features and behind-the-scenes tips and tricks of filmmaking. If you don’t mind the gritty violence and shocking scenes you could also go with his border-line horror film “Seven.”

• Alfred Hitchcock – The Masterpiece Collection: Contains all of Hitchcock’s greatest hits such as Rear Window (1954), Vertigo (1958), Psycho (1960), The Birds (1963) and The Man Who Knew Too Much (1956) – 14 films in all. Some of the extras include 14 documentaries, 9 featurettes, interviews, production photos, storyboards, trailers and a collectible book. There’s a lot of great information collected all in one place if you don’t already own a lot of Hitchcock’s films.

NOTE: I know that there are a lot more DVD filmmaking choices out there, but I can only put so many in one article. Don’t be too mad.

I must admit that I thought after all the research I did for this article, I would end up liking one manner of study more than the other. I couldn’t have been more wrong; this entire article left me with is the desire to incorporate both methods into my learning. Something tells me that choosing DVD’s over film courses or vice-versa may come down to being able to afford one over another, but my goal is to do both. How about you?

Screenwriting Tips For Beginners and Pros

Where Can I Find Free Stock Photos 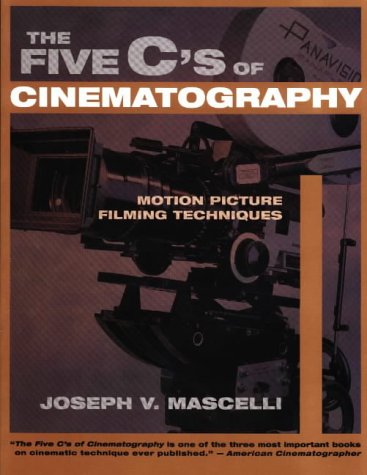 The Five C's of Cinematography: Motion Picture Filming TechniquesAmazon Price: $29.95 $18.40 Buy Now(price as of Jun 26, 2013)
Next >> A Guide to Preparing for the IELTS English as a Second Language Examination