Chomping at the bit waiting for the open beta of Final Fantasy XIV: A Realm Reborn? Of course you are, since the character you level on the open beta gets carried over when the game goes live, it is essentially a huge head start. With any sort of head start, you don't want to squander it on the specifics like say, understanding how the class and job system works. There is quite a large bit of confusion about it. However, since the game is still under a Non-Disclosure Agreement not everything can be discussed. However, there are some public details and the experiences players have had with the previous MMOs that can help debunk the whole class and job system.

When you create your Final Fantasy XIV: A Realm Reborn character, you choose a race for your character, which is simple enough. However, after that you must choose your class (which will be discussed later).

These classes as well as the crafting and gathering classes, which you pick up later in the game, are separated into disciples. Essentially, disciples aren't actually important because you can do everything on the game with one character. Really, they are just overall titles.

When you create your character, you will be presented with 8 different class options. These classes can be leveled from level 1 to 50. However, unlike other MMOs, even if you pick one class and start leveling it, you can switch to another class without creating a new character. Final Fantasy XIV: A Realm Reborn is essentially a game for people who hate having to juggle alt characters.

To switch classes, you must be at least finished with the initial tutorial quest line. There may be a level requirement, most believe it to be level 15. After the quest line is completed, talk to the corresponding NPC and equip the appropriate weapon or item for the class and you will change classes.

Just to clarify, here is an example. Say you level your Lancer to level 35 but you want to give a Conjurer a try. Talk to the NPC, equip the item and boom, you are a Conjurer. However when leveling a new class, you get bumped down to level 1. However if you were to equip your Lancer gear again, you could continue leveling from 35. You can do this for as many classes as you would like. 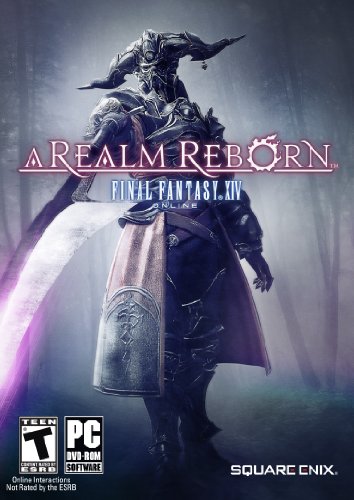 Final Fantasy XIV: A Realm Reborn - PC Amazon Price: $19.99 $19.94 Buy Now(price as of Jul 16, 2015)
There are also classes for non-combat jobs which you will also have to level up and can switch from. Unlike the combat classes above, these jobs level up via doing stuff like crafting or gathering. They can also be leveled via what is essentially fetch quests. Like the combat classes, you also have items to equip to use them.

Alchemist (Alembics, makes potions to heal or give buffs)

In every individual class at level 5 and every 5 levels after that, you unlock one slot where you can put in an ability from another class that you have unlocked through leveling it. You never have to use cross class slots for abilities from your current class; you always have access to all of them. At max level (50), you will have 10 cross class slots. This gives you a lot of flexibility and encourages you to try out other classes.

Some classes may be able to use a skill, but it will not be as effective. Usually because the current class lacks the abundance of a particular stat the other class have or because they lack particular passive skills that make the move more effective. For example, healing skills are made more effective by the MND (mind) stat. A Conjurer would have a bunch of that stat, but a Gladiator? Not so much. Thus a melee class using a heal spell will be significantly less effective.

Some skills, like the Lancers' 'invigorate' spell which recovers 200 TP will not work as well for other classes as it will for Lancers. Lancers have a passive ability called 'exhilarate' which ups the TP restored from 200 to 450. So other classes will still get a gain, but not nearly as much as a Lancer.

Jobs are where people tend to get tripped up. Think of Final Fantasy XIV: A Realm Reborn as Final Fantasy Tactics. In Final Fantasy Tactics, you can unlock different jobs but leveling up jobs. In XIV, you gain jobs by leveling up different classes.  Jobs in this game are essentially more specialized classes that are unlocked by leveling up two or more classes. Jobs are just specialized, stronger versions of classes. Classes are considered a more broad way to play, good for soloing. However, if you are going to delve into dungeons, you will want to have a class that is more specialized in the role of tank, healer, support, or melee. That is where picking up a job comes in.

Here are the classes required to unlock a job and the abilities they use:

Dragoon, requires Lancer level 30 and Marauder level 15. Can use Pugilist and Archer abilities.

Monk, requires Pugilist level 30 and Lancer level 15. Can use Lancer and Archer abilities.

Bard, requires Archer level 30 and Conjurer level 15. Can use Conjurer and Thaumaturge abilities.

Warrior, requires Marauder level 30 and Gladiator level 15. Can use Gladiator and Pugilist abilities.

Summoner, requires Arcanist level 30 and Thaumaturge level 15. The job has access to Thaumaturge and Conjurer abilities.

Scholar, requires Arcanist level 30 and Conjurer level 15. This job has access to Conjurer and Thaumaturge abilities.