A Realm Reborn picks up after the world has suffered from the Calamity, which was the previously mentioned moon falling with a Bahamut surprise inside. The cutscene at the beginning of the game essentially sums up what happened at the end of the 1.0 version, making A Realm Reborn a continuation rather than a reimagining. This keeps it interesting for the players who played Final Fantasy XIV 1.0, known as Legacy players in this new version. These Legacy can transfer their characters to this game and get a varied amount of perks for playing the original. Those who did play the original will notice the return of many familiar faces in the storyline as the world struggles to recover from the Calamity and keep another from springing up anew.

Aside from new additions to the story, this reborn realm brings much more to the table. Probably the biggest addition is that the game is playable for even people who don't own top of the line computers as well as for those on the PS3. A Realm Reborn brings an utterly sexy new graphics engine, the Luminous Engine. If the 1.0 version was pretty (which at the time it really was) than this 2.0 version should make your eyes want to pop out and start hugging the screen in joy. The photos for this review were taken in game on Ultra settings, just to give players and idea. Though some may look strange due to the weather. Yes, this game has an ever changing weather system.

The biggest new feature to the game is the FATE system, which is basically the event system in Guild Wars 2. Little events will pop up in certain areas and players will fight off beasties, kill bandits to protect guards or villages, or gather items for an NPC. Like in Guild Wars 2, it provides an new way to get experience rather than questing and adds a new level for people who love to grind.

To hardened MMO players, Final Fantasy XIV: A Realm Reborn seems like a strong mix between World of Warcraft and Guild Wars 2 with some Final Fantasy XI mixed in. However, what has always set Final Fantasy MMOs apart is still present. XI and XIV players have always noticed one thing that other MMOs never did. Final Fantasy MMO's let you play every class. When you start, you pick a class, however at level 10 you can change to any of the other ones in the game. Started as a Gladiator, but now you think you want to be a Conjurer? You can easily switch and level that new class. You can find a detailed explanation of the class and job system here. Essentially, this system makes this the MMO for players who hate to level alt characters on other MMOs, it also allows for a whole lot of content for players to explore.

However, with the good, any game always brings the bad. For people who have been following the news about the games Early Access launch then they already know about the main problems. Square Enix boasted that this game would have strong new servers to support new and old players alike. Apparently, they weren't strong enough. During the early access period, many players were locked out of instances or the game itself because of server issues. Eventually, Square Enix started limited logins all together, leaving players stuck in the cold, mindlessly trying to log in for hours at a time. What is worse is that there is no AFK timer for the game, so players can idle for as long as they want without the game never logging them out. 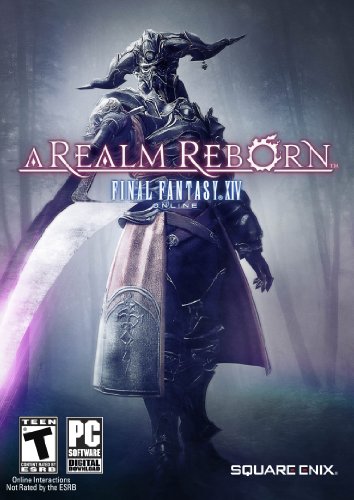 While Square Enix is working on these server issues, they have not been very helpful with other technical difficulties like glitches. Which are, admittedly, few in my experience. However, their customer service is essentially like talking to a cold stone wall, you never get any answers.

Aside from customer service and server issues, there is one major thing that is turning off a number of players. Something that has sad commentary on our society as a whole, the fact that players have to read. The MMO community has been spoiled by Guild Wars 2 and Star Wars: The Old Republic. Those games were largely voiced over, so player did not have to read much text. This reboot has voice overs but they are too few and far between. The voiceovers are also weirdly sporadic, some cutscenes in the story line have them, while others that one would think should, don't.

What is worse about reading all the quest text is that after awhile players just don't want to. You want me to fetch this or kill that, okay whatever! The quests, like all MMOs, are basically either fetch or kill quests, you really stop caring what they have to say after awhile. This, sadly, leads to a lot of players missing out on the quirky and funny little bits of the quest text of which, there are a lot.

At lower levels, I thought the quests were not the only cut and dry aspects of the game. I found the low level dungeons to be incredibly simple and easy to run through. However, at higher levels, around level 35, the dungeons did a complete 360. They became difficult and the boss battles were excitingly complex. Seriously, the end boss in Cutter's Cry had some many things you had to keep track of it was nerve wrecking. To be completely honest, it seems like the dungeons your HAD to run for the story line were all quite simple, but it is the optional dungeons that will kick your butt.

Overall, even with the little problems, A Realm Reborn is honestly the most amazing reboot of a game I have ever seen. So many of the things that made 1.0 bad (like the fatigue system, which has been left out) have been fixed and retooled making for a fantastic modern MMO. Clearly the game must be good as the record numbers of people logged on for the open beta and early access and  broke the servers.

Regardless, there are a lot of things in in this game that are good, however much of it has been seen before in other MMOs. However, unlike in other MMOs, A Realm Reborn actually feels like a Final Fantasy game. After the utter disappointments of Final Fantasy XIII and all those various (and still terrible) sequels to it, fans need a game that feels like a Final Fantasy. To me, it feels a lot like XII which received negative reactions, but after XIII people look on it a little more fondly. With the traditional monsters like marlboros, behemoths, and coeurls running around waiting to be killed. As well as the summons (known as primals) making devastating appearances. Even the fact that you can own and fight beside your very own chocobo. This game has all the key Final Fantasy elements to make it so nostalgia inducing and fun to play. Not to mention it has the one thing that truly makes this game a Final Fantasy of yore, music completely scored by Nobuo Uematsu, who hasn't completely scored a game in the series since IX.