Table Mountain Cableway and much more in Cape Town First Time in San Francisco First Time in Las Vegas
InfoBarrel is a writing platform for non-fiction, reference-based, informative content. Opinions expressed by InfoBarrel writers are their own.
InfoBarrel > Travel & Places

Before and After the building of Hoover Dam

The 1400-mile long Colorado River has flowed from the Rocky Mountains to the Gulf of California for millions of years. It has travelled through the dry American West and has provided water for the growing settlements that became increasingly reliant on its supply.

However, in the 1800's and the following century, the river flooded the low-lying farm settlements and communities in the spring but then by early autumn the water almost dried up. The river did not give a constant supply of water.

In such a remote location and harsh working conditions it was hard to imagine that the dam would have been completed not only well ahead of schedule but under budget.

When Herbert Hoover was President he had a strong interest in supporting the construction of a dam on the Colorado River and so, it was fitting that the Dam was named after him. He dedicated it in 1935 but it was a year later, in 1936, that the first generator began to run.

The Dam provides water for irrigation of one million acres of America's richest crop lands. Fruits, vegetables, cotton and hay grow here. It also provides similarly for half a million acres in Mexico.

Hoover Dam controls the flow to the 110-mile long Lake Mead that today is a popular recreational centre together with Lake Mohave. Lake Mead's shoreline is 550 miles. It has a continuous 12-month season, catering for nine million visitors each year and includes activities such as swimming, boating, fishing and a variety of water-based sports.

Because the building of the Dam had a damaging effect on wildlife, there have been several backwaters and wildlife refuges developed. River water is provided to these areas for both native and introduced species. Similarly, help and support is given to replenish the fish species.

Tours are conducted daily, except on special holidays. There is a visitor centre that shows audio-visual presentations and there are multi-media interactive exhibits.

Taking photographs is allowed. The best view is from the top of the visitor centre.

If you're staying in Las Vegas for the first time hire a car to travel independently or take a bus tour to experience this world-famous historic landmark. It will be a day well-spent! 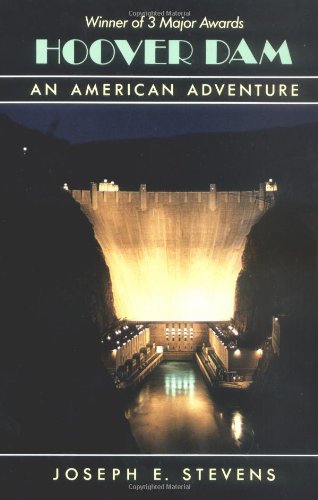