I am a retired teacher of English as a second language. I teach on line via Skype, and write on-line articles which reflect my love of travel, language, literature, history and culture. I love writing for InfoBarrel. Why not join me by signing up here: http://www.infobarrel.com/signup.php
InfoBarrel is a writing platform for non-fiction, reference-based, informative content. Opinions expressed by InfoBarrel writers are their own.
InfoBarrel > Lifestyle > Education

When I was a child in the U.K. we did not have a television.  We did, however, have a radio, and I took advantage of it to listen to broadcasts from all over Europe. I found it fascinating that, with the simple turn of a knob, I could listen to a variety of European languages transmitted across the Channel. Out of that early experience I developed a fascination with languages which has remained with me to this day.  I learned to speak French and German tolerably well, can also struggle along in Spanish and have a passing familiarity with Japanese.  It also seems that, according to experts, I reaped some pretty awesome benefits in the process.

In the school system, foreign languages are often regarded as electives rather than core subjects. However, many educators believe more importance should be placed on language learning because it helps to improve general study skills and provides many cognitive benefits.

At the basic level, before being able to speak a language fluently, learners need to listen carefully so that they can distinguish and imitate unfamiliar sounds in the new language. Not surprisingly, all this effort may help to improve students' general listening skills. Learning vocabulary can improve memory, while using grammar and vocabulary to produce sentences develops creative thinking skills. In addition, the process of trying to understand and interpret the new language is an exercise in analytical problem solving.

By developing analytical problem solving skills, students can reap benefit in other areas of the curriculum. Research has shown, for example, that children who learn a foreign language perform better on mathematics tests than students who simply receive more hours of mathematics instruction without studying a language. It has also been found that U.S. students who studied a foreign language for four or more years score an average of 140 points higher on the mathematics and critical reading section of the SATs and 150 points higher on writing than students who only did so for six months or less.

Other studies have demonstrated that teaching  a foreign language to young children increases their creativity and critical thinking skills.

The benefits also extend well beyond the school curriculum. Once a student has successfully learned a second language, they have acquired the meta skill of how to learn a language, which makes it easier to learn a third, and perhaps even a fourth one.

But learning a second language has an even deeper impact, because it may actually enhance structures within the brain.

A study of recruits in intensive language courses at the Swedish Armed Forces Interpreter Academy found that language learning stimulated growth in the hippo-campus and specific areas of the cerebral cortex. Other studies have shown that language learning may enhance intelligence by building denser grey matter, the part of the brain responsible for speech, information processing and memory. It is also believed to strengthen the white matter, which is responsible for the coordination and transfer of information within the brain.

Credit: By Allan Ajifo [CC BY 2.0 (http://creativecommons.org/licenses/by/2.0)], via Wikimedia Commons

Various studies have demonstrated that, compared with monolinguals, bilinguals have better memories, superior multi tasking skills and adaptability, longer attention spans, and a greater ability to block out irrelevant or misleading information.

Other studies have shown that the stimulation the brain receives from learning a language may also stave off Alzheimer's disease. When researchers controlled for variables such as education, gender and general health, they have consistently found the average age of dementia onset to be four years later for bilingual or multilingual adults than for monolinguals.

When you study another language you need to become aware of parts of speech and sentence order. For example, what is a noun and what is an adjective? Does the adjective come before or after the noun? What is a verb, and where do you place it within a sentence? This new awareness of grammar and syntax will improve your understanding of the grammar and syntax of your own language. The challenge of reading a foreign language will also develop your reading ability in your native tongue.

If you are an English speaker and study related European languages, such as French and German, you will discover the origins of many words that have come into English from those languages. This will give you a deeper understanding of English words and enable you to develop a broader vocabulary.

Your efforts at communication in a foreign tongue will also enhance your communication skills in your first language. I have discovered from personal experience, for example, that when you are struggling to understand what someone is saying in a foreign language, you often use cues from facial expressions and body language to help you. I believe that as a result I have developed an invaluable ability to pick up subtle physical cues in all my everyday communication.

Students who leave high school with the superior communication, problem solving and critical thinking skills they have developed by studying another language will automatically have an advantage in the job marketplace.

In addition, they will be better suited to pursue a career in today’s competitive global economy.

Throughout history, people have needed to communicate with people from other cultures in order to trade. Learning the language of your trading partners not only enables you to communicate with them, but also develops cross cultural sensitivity. This awareness provides insight into the other language speakers' thought processes, and enables understand of their business approach and negotiation style.

It has been found that students of foreign language are culturally sensitive, comfortable with people of all backgrounds and nationalities, and can adapt to changing situations and cultural contexts with ease.

But ultimately, learning another language is a process of enrichment which opens up your world. Simply put, people who speak another language simply enjoy more: more enriching travel experiences, more people to communicate with, more entertainment to enjoy, more to read, and more new ideas to explore.

What and How to Learn

Some people wonder if one language is easier to learn than another, but in the end it is not the language you choose is important but the reason that you choose it. I know a man that is passionate about manga, and studied Japanese so that he could better understand Japanese cartoons. You might want to learn Spanish to expand your travel horizons, or Mandarin to expand your business horizons. Are you fascinated by Greek culture? Then learn Greek. Or perhaps you want to learn the language of your ancestors to gain insight into your own cultural background.

Don't Think You Can Do It?

Here Are Some Language Learning Hacks from Linguist Benny Lewis

In the Ted Talk video above, Benny Lewis gives some practical advice about language learning. To succeed we need to have confidence that we will succeed, be prepared both to work hard and to have fun, to "live the language," and to not worry about making mistakes. 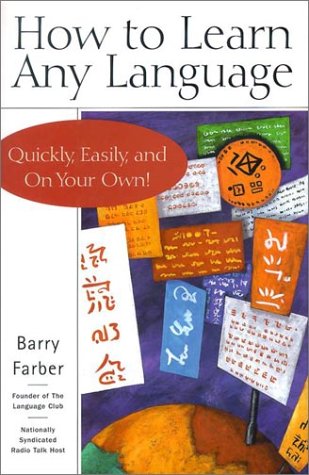 Benny also believes that no-one is ever too old to start learning a language. This is supported by research carried out at Penn State University which demonstrated that people of any age can improve their overall mental functioning by learning a new language. They carried out MRI scans on the brains of two groups of English speaking Americans. One group began learning Mandarin Chinese while the other group did not. A second round of MRI scans given to participants after six weeks showed that the all members of the language learning group, regardless of age, exhibited improvements brain network functioning but that the control group did not.

So What Are you Waiting For? 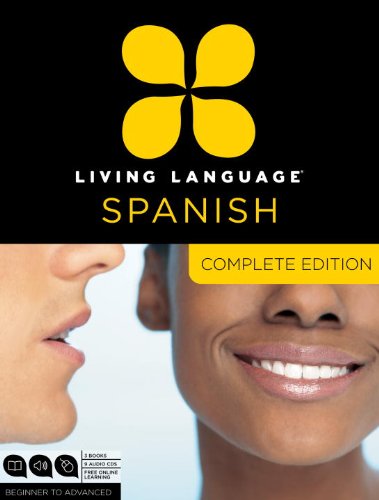 Living Language Spanish, Complete Edition: Beginner through advanced course, including 3 coursebooks, 9 audio CDs, and free online learning Amazon Price: $49.99 $22.45 Buy Now(price as of Oct 12, 2016)
Next >> A Guide to Preparing for the IELTS English as a Second Language Examination