Some individuals achieve a huge amount, yet are taken from the world at a terribly early age. This article looks at five musicians - some more famous than others - who left a lasting mark on Western culture, despite having had precious little time. I adore his music, yet I'm excluding Wolfgang Amadeus Mozart (1756-1791). He's often thought of as having died young, but in fact he lived just as long as a good many of his peers. By the standards of his era, Mozart enjoyed a reasonable lifespan, passing away 53 days before his 36th birthday. In that era, there was no understanding of, let alone cures for, multiple conditions including polio. In Europe at that time, tuberculosis caused one in four deaths. In Great Britain, which was somewhat more developed than Mozart's Austrian homeland, life expectancy didn't reach 41 years until 1820.

Leon Bismark "Bix" Beiderbecke was an American jazz cornetist, pianist, and composer born in Davenport, Iowa. It's no clear if "Bix" was part of his legal name or merely a nickname. During his youth, music and alcohol distracted him from his education, and by the summer of 1922 he was a professional musician. It would be another two years before his highly original, subtle style - the result of being largely self-taught - featured in any recordings.

By late 1927, Beiderbecke was a star of the Paul Whiteman Orchestra, a band which played jazz as well as other kinds of popular music. Among the 1928 records he played on was Ol' Man River featuring the singing of Bing Crosby. With Whiteman, Beiderbecke had to work very hard, both in concert halls and in recording studios, yet he continued to drink heavily. In November 1928, he suffered some kind of mental and physical collapse which biographers ascribe to an attempt to quit drinking. In the throes of cold turkey, he did what several rock stars since have done - he trashed his hotel room.

A spell at his parents' home failed to cure Beiderbecke of his alcoholism, as did a month at the Keeley Institute (the Betty Ford Clinic of its day). By the time he was ready to resume regular work, the Wall Street Crash of 1929 and resulting Great Depression meant people were spending far less on entertainment. While staying in New York's Sunnyside neighborhood (where the plaque shown here commemorates his life), and again drinking far too much, he succumbed to pneumonia on August 6, 1931. Compositions such as In A Mist, Flashes and Candlelights are intangible memorials.

The music created by blues guitarist-songwriter Robert Johnson is known to far more people now than it was during his lifetime. Born to an exceptionally poor African-American family in Mississippi, Johnson was a self-taught guitar genius and exceptionally expressive vocalist. The 29 songs he recorded in 1936 and 1937 (many can be found on YouTube) have been covered by, adapted and plundered by dozens of artists. Eric Clapton, Keith Richards, Bob Dylan and many others have called him a major inspiration. Among his works which are now standards of the genre are Cross Road Blues (sometimes titled Crossroads), covered by Cream among others, and 32-20 Blues, a lengthy version of which is performed here by Gov't Mule:

According to some musicologists, Sweet Home Chicago - recorded by Status Quo as well as dozens of blues artists - isn't a true original but rather a song derived from earlier tunes. Even if that's the case, Johnson can be credited with popularizing it through his recording and his live performances, the majority of which took place on street corners or in barrelhouses (also known as juke joints; unlicensed bars where African-Americans would socialize, drink and gamble).

Because there's so little concrete information about Johnson's life and death, several myths now surround his name. It's said he gained his phenomenal musical skills by selling his soul to the devil, and that his death was a result of deliberate poisoning. His killer, some claim, was the boyfriend of a woman Johnson had been intimate with. Another legend has it that, as he lay dying, one of New York's leading talent scouts was searching for him, hoping to arrange Johnson's debut at Carnegie Hall.

A prime example of the rock-star lifestyle being lived before rock music had been invented, Hank Williams expired before his 30th birthday. But like Beiderbecke and Johnson, his influence and renown have grown hugely since his passing. So obsessed with music that he dropped out of school to pursue his passion, Alabama-born Hiram King "Hank" Williams, Sr. wrote and recorded timeless hits such as Your Cheatin' Heart, Hey, Good Lookin', and I'm So Lonesome I Could Cry, performed here by Leon Russell:

Born with a spinal disorder that caused constant pain and which worsened as he got older, Williams drank excessively and gobbled painkilling pills. These abuses weakened his heart, and it was of heart failure that he died on January 1, 1953, while being driven from Tennessee to Virginia. Another possible factor in his death, according to the doctor who performed the autopsy, was a recent and severe beating he'd received at the hands of persons unknown. Despite his ill health, Williams certainly enjoyed the adulation - and groupies - which came with his fame. One biographer put it this way: "Williams made as much of his popularity [with young women] as his bad back would allow."

Williams's son (born 1949) and grandson (born 1972) - both known as Hank - are successful professional musicians in their own right.

James Douglas "Jim" Morrison remains one of the Western world's most popular dead celebrities. Thanks to an Oliver Stone biopic and regular radio play, the band Morrison fronted, The Doors, has sold over 16 million albums since 1991 - far more than during the late 1960s, when they were recording and touring. Born in a US Navy family in New Mexico, Morrison enjoyed a comfortable childhood and studied literature and film at the University of California, Los Angeles. It was there he met his future bandmates, and wrote lyrics which became Light My Fire, Riders on the Storm, and other classic rock songs.

After the recording of L.A. Woman, the band's sixth and perhaps finest studio album, Morrison and his girlfriend relocated to Paris. Morrison was by then overweight (as obvious from the photo here) and a serious alcoholic, but when he died on July 3, 1971 the likely cause was a heroin overdose. No autopsy was conducted, and there are rumors he was murdered, or that he didn't in fact die, faking his demise so he could live a life of obscurity. In comments widely reported by the British media in August 2014, Marianne Faithfull claimed that Morrison died because heroin supplied by Faithfull's then-boyfriend was too pure. 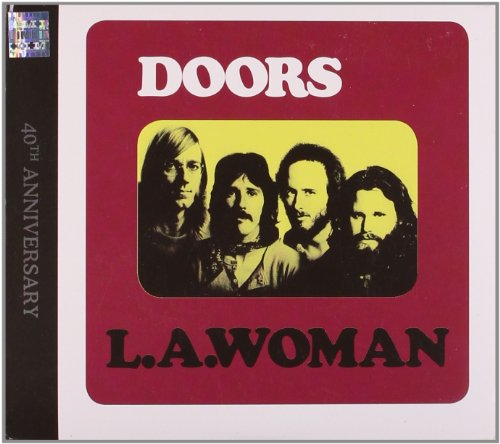 Considered one of the finest ever electric-bass players, Pastorius died the most banal death imaginable. Suffering from mental illness, he got into a fight with a nightclub bouncer in Florida. His injuries initially didn't seem too serious but after hospitalization he fell into a coma. A brain hemorrhage followed from which recovery was impossible.

During his career, Pastorius played with future jazz superstar Pat Metheny, and made an eponymous solo album that continues to garner critical acclaim. His best-known recordings are those he made with Weather Report, which he joined in 1976 after introducing himself to founder-keyboardist Joe Zawinul with the words "I'm the greatest bass player in the world." Zawinul was dismissive at first, but after listening to some demo tapes was impressed enough to recruit the Pennsylvania-born, Florida-raised Pastorius. He went on to play on five Weather Report studio albums between 1976 and 1982, including the smash hit Heavy Weather, in the process also proving himself as a composer and arranger. 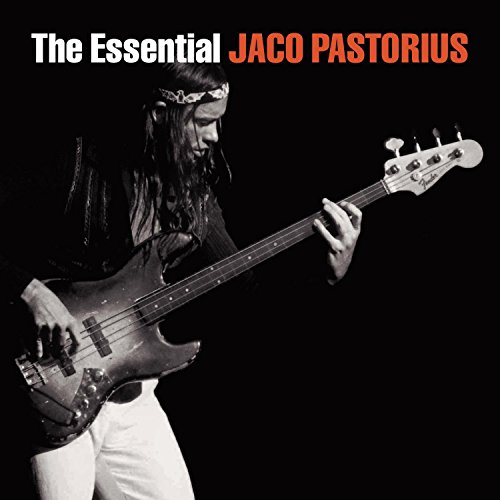