Five Reasons to Live in Richmond

Take in the skyline of the capital city of Virginia

Richmond Virginia is an old city located in the heart of Virginia.  It has stood for generations, first as a provincial backwater for the Kingdom of England and later as the Capital of the Confederate States of America.  Everything changed however in the 1970s after the Civil Rights Movement and now Richmond is a diverse, multicultural city, home to the sprawling VCU campus and state government of the commonwealth of Virginia.  If you are thinking about moving and trying out a home in the South, I would recommend Richmond and below I will list why you should travel here.

Cary Street is the bustling corridor to the heart of Richmond.  It is a busy little street reminiscent of the great cultural centers of Europe.  On every corner you will find little homes with white balconies overlooking pubs, bars, taverns, and historic landmarks.  One such landmark is the Byrd Theater which still plays movies!  The Byrd Theater is as old as cinema itself and first opened in 1928 during the closing days of silent film.  At the Byrd you will be able to watch movies that are no longer showing in actual movie theaters some of which are throw backs to the 80s and 90s.

VCU is the home of Richmond's biggest public university.  There are several other universities in Richmond such as the University of Richmond, but VCU is the biggest and most bustling.  It is full of college students.  If you love a college town you will surely find one in the heart of the city.  VCU is broken up into numerous sub-campuses which sprawl throughout the interior of the city.  There is the Monro Park Campus which is home to business students and the humanities while MCV campus is where Doctors train.  These campuses make up the lifeblood of Richmond and the city provides many chances for newly graduated students to hone their skills and develop their careers post-B.A.

History lies at the heart of Richmond.  While some of the history of Richmond is regretable, the city prides itself on it's legends.  The Confederate Generals of the Civil War along with Arthur Ash, the great African-American tennis player, line the center of monument avenue.  This road hosts many statues and celebrates the history of the city.  While the Civil War was a blood stain on American history, the city does still celebrate it's heritage and it is a great place for any history buff.  History buffs will take in the sights and sounds of the avenue while gazing at the statues of the captains of the Civil War and treasured celebrities such as Arthur Ash.  Not only does this avenue look to the past, mainly the Civil War, but it also prides itself on it's diversity and multiculturalism through the gaze of Ash and other African American leaders.

Perhaps one of the main reasons why you should live in the city of Richmond is it's close proximity with the state government.  The Governor's Mansion is located in Richmond and it is the center of the government of the commonwealth.  Here you can visit the Governor, his lieutenants, and see how the state works.  This is one of the reasons why many people choose to live in Richmond.  Many wish to work for the state government and become a part of society.  These individuals live as civil servants and work for the state.  At the Governor's Mansion you might not only get a chance to visit, but perhaps you will work there one day or maybe live there if you choose to run for Governor.

Surprisingly, one of the reasons why you may wish to move to Richmond Virginia is it's status as one of the tattoo capitals of the world.  Richmond is known for it's tattoo parlors and its influence across the city.  Many of the individuals you meet in Richmond will be diverse and have tattoos.  Many people in Richmond pride themselves on their tattoos and display them to the public.

The city of Richmond has a rich history from Cary Street to Monument Avenue and hosts several great landmarks like the Byrd Theater and Arthur Ash memorial, but it is also multicultural from VCU campus to being one of the Tattoo Capitals of the World.  The City is not a closed book and has moved past the horrors and past injustices of the Slave Trade and Segregationist Jim Crow South.  Richmond has evolved to become a pillar of multiculturalism for the 21st century and holds a host of oppurtunities for fledging graduates and civil servants.  Take a walk on the wild side and move to Richmond Virginia today. 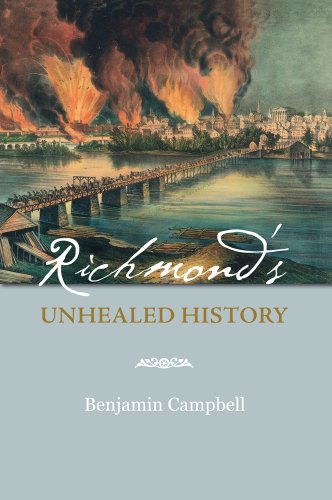