I am a retired teacher of English as a second language. I teach on line via Skype, and write on-line articles which reflect my love of travel, language, literature, history and culture. I love writing for InfoBarrel. Why not join me by signing up here: http://www.infobarrel.com/signup.php
InfoBarrel is a writing platform for non-fiction, reference-based, informative content. Opinions expressed by InfoBarrel writers are their own.
InfoBarrel > Lifestyle > Food & Drink > Cooking & Mixology > Foods

Five Sinful Chocolate Desserts From Around the World

People began enjoying chocolate in Central America at least 3,000 years ago. The Mayans and Aztecs regarded it with reverence and used it to produce a bitter drink which they used in sacred rituals.

In the sixteenth century chocolate was introduced to Europeans, who sweetened it with honey or sugar. The Dutch produced cocoa powder in the nineteenth century, and this in turn led to the development of chocolate bars and solid chocolate confections. Chocolate soon became an international favorite and creative chefs around the world have used chocolate to create an amazing array of sinfully rich desserts. Consequently, there is a whole world of desserts to delight the palate of even the most discriminating chocaholic.

I generally write articles about healthy food but I do succumb to self-indulgence once in a while. So I decided to embark on a virtual tour of the world of chocolate to discover which country boasts the most sinful and decadent chocolate dessert.

I started in France, the gastronomic capital of the world.

The French love chocolate. They often indulge in drinking chocolate for breakfast, soaked up with the stale remains of yesterday's baguette, and when I was a home stay student in Paris many years ago I was even offered a chocolate sandwich. The French also created the soufflé, then combined it with chocolate to produce a dessert which is fantastic but temperamental and may present a challenge to an inexperienced cook.

However, the ultimate French chocolate triumph is chocolate mousse, which is not only sinfully rich but is also a snap to prepare from four simple ingredients.

Not Sure How to Separate Eggs?

This Video Shows a Foolproof Method of Separating Egg Yolks From Whites.

There are a number of different variations on the basic recipe. For example, you can replace the dark chocolate with milk or white chocolate. You can also flavor the mousse by adding a few drops of mint or orange extract or a teaspoon of liqueur such as Cointreau or Amaretto to the egg yolk along with the chocolate.

But as delicious as chocolate mousse is, it did not seem quite sinful enough. Then I remembered ........

2. American Sex in a Pan

This no-bake dessert has a cheeky name that reeks of decadence. It is an indulgent combination of chocolate and cheesecake which sounds perfect for anyone who thinks that eating chocolate is better than certain other adult activities. Here is a recipe that a friend gave me after I sampled her dessert at a pot luck dinner.

1. Prepare the base one day beforehand. Melt butter in the microwave, mix with Graham crumbs and sugar, and spread in the bottom of a 9 x 13 inch cake pan.

2. The next day, beat softened cream cheese with icing sugar. Gently stir in frozen whipped dressing and spread the mixture over the refrigerated base.

3. For the second layer, pour milk into a large mixing bowl, add vanilla and chocolate pudding mixes and beat until thick. Spread pudding mixture over the first layer, and allow to set (about an hour).

4. For the third layer, whip cream until thick and spread it over the pudding layer. Garnish with wafer crumbs.

But I decided that the name of this dessert was an oversell, nothing but a marketing gimmick for frozen whipped dressing, instant pudding and chocolate wafers. So I decided to travel north in search of ....

Originating in Nanaimo on Vancouver Island, British Columbia, Nanaimo bars are one of my favorite holiday treats. In typical Canadian fashion, this west coast delight combines the American love of dessert squares with a typically British ingredient, Bird's® custard powder (which is also a key ingredient in the UK's best-loved dessert, the trifle). 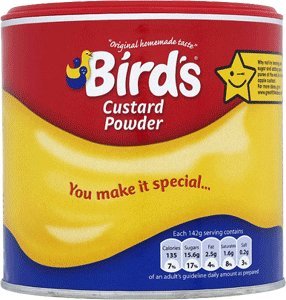 Here is a recipe I found on the Kraft Canada website:

Melt 2 oz. chocolate with 1/2 cup butter by microwaving at medium for 1 to 2 minutes. Stir in egg, vanilla, graham crumbs, coconut and nuts and cover the bottom of 9-inch square pan. Bake 8 minutes at 350 degrees.

Melt remaining chocolate and butter together in the microwave, spread over custard and refrigerate.

Unfortunately, while Nanaimo bars are rich and delicious, they do not have quite enough chocolate for unashamed decadence. So I decided to head south for Kahlua® , pure vanilla and genuine Mexican chocolate, which are vital ingredients for ...............

Mexicans have a deep historic connections to the birthplace of chocolate, and use it as an ingredient in chicken mole and other spicy dishes. Mexico is also the home of delicious pure vanilla and a divine coffee liqueur which can turn an ordinary chocolate cake into an adult only sensation. 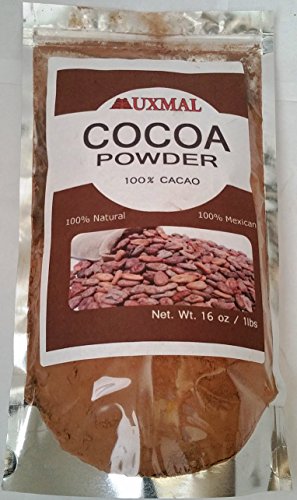 There are a lot of recipes out there, but I especially like this one (see article references for source).

But for a real x-rated cake, I headed back to Europe, to the Black Forest in southern Germany to be exact, for ....

This authentic German recipe from the website food (see the reference below) is definitely an adult dessert. Unlike commercial Black Forest cakes sold in North America it shuns cherry pie filling and maraschino cherries in favor of fresh fruit. In addition, it is doused in kirsch or kirschwasser, a potent colorless cherry brandy from the Black Forest region.

Because it needs to be marinated in kirsch, the cake should be prepared at least two days in advance.

FillingIcing - Prepare just before serving
I have heard legends about a dessert called Death by Chocolate,  which which is rumored to be the Holy Grail of chocaholics. However, I have never personally aspired to quite that level of indulgence. Consequently, I decided to call a halt to my search after reaching Germany because I do not think I could handle anything more luxuriously extravagant than Black Forest cake.
How about you?