Five Things to do in Utah

Planning any good trip to a new place requires a bit of background information.  In the age of the internet gathering information about a vacation couldn't be easier so in this article we will explore where to visit and five must see places in Utah.  We will examine the following locations within the state of Utah.

You should plan on taking your trip to Utah during the Spring or Summer seasons.  The reasons for this are simple:  beauty.  One of Utah's best features is its nature, natural resources, and rugged American wildnerness.  When you visit the state you are going to want the weather to be on yourside and it can often be miserable during the winter.  The best time to go to the Festival of Colors or Holi Festival is in the spring and summer.

Hotels and Bed and Breakfast's are common in Utah's bigger cities, but in case you need extra information I would recommend that you check out the following sources before we begin to examine each must see location.

Finally, we should take a look at the map before we begin our in depth travel guide for the state of Utah.

As you can see Utah is a big state and you will want to plan your trip accordingly.  Try to pick out local hotels near the locations you will be visiting or you will be driving quite a distance.

The Arches National Park is a sprawling area near Moab, Utah.  Like many places in Utah, the national park, is located around a salt bed.  Salt is big in Utah and take note one of their biggest and most important cultural cities is named Salt Lake City (we will be visiting this location later).

The National Park is a prime example of the rugged wilderness that defines Utah.  The area is full of rock formations, including the one pictured above, which were naturally formed over countless millennia.  Many of the sandstone formations that have formed since the last Ice Age, 10,000 years ago, are made of red-colored sandstone.  These areas are mostly new rock formations (in geological terms) but are still thousands of years old.  Older rock formations in the area have been mostly replaced since the Ice Age.

What to do here?

One of the best things to do in the Arches is take in the beauty of the natural sandstone formations and walk the trails, but if you are looking for recreational activities there are some.  While slightly dangerous, but still enjoyable for an adept climber, you can choose to partake in climbing rock formations at the Arches.  Not recommended for a young child, but for an adult.

Located in the Salt Lake Valley is primarily made of granite.  Like the Arches, this area has its roots in the last Ice Age.  A glacier carved a massive path through the canyon, you can see the mountain passes in the picture above and formed what is now Cottonwood Canyon.

During your trip here you can enjoy walks through the wilderness and recreational climbing.  There are also additional activities that you would expect from a great out door's area.  You can mountain bike, fish, canoe, kayak, amongst other things.

Deer Creek Dam is located on the Provo River in Wasatch County, Utah.  The area is named for the resevoir that has been formed after the dam was built artificially.

Salt Lake City is the hub of Utah.  It is the cultural and religious center of the state.  Utah prides itself on it's religious culture and has the biggest concentration of Mormans in the United States.  One of the main worshipping sites is the Salt Lake Temple (pictured below) and it is a beautiful structure.  The Salt Lake Temple is a fine example of modern church architecture built with a thin taste in the veins of gothic structures from Europe.

While in Salt Lake City you can enjoy many activities such as shopping, visiting museums, going to restaraunts and enjoying the city life of Utah.  If you plan on going to Salt Lake City first then you can use this as a stagging point to explore some of the great out door areas that I have highlighted in the above sections.  Salt Lake City is very close to Cottonwood Canyon which should be on your list of things to do if you visit Salt Lake City.

When you think of Utah you primarily think of the Morman Faith, but Utah also has a strong Hindu minority.  Every year the Hindu's in Utah put on massive festivals from their temple Sri Sri Radha Krishna Temple in Spanish Fork, Utah.

The Temple puts on religious activities for the Hindu faith, sponsers religions and feasts.  It also enjoys a massive gathering each year between March and October called the Festival of the Colors.

This is a massive gathering of worshippers of the Hindu faith and it is one of the biggest Hindu gatherings in North America, annually.  I recommend checking it out while you are in Utah.  It is a great example of multiculturalism and diversity in Utah and the nation.  You don't hear about too many Hindu gatherings, but this is the big one and if you are in Utah in the summer months you should check it out.

Mountain Biking in the State

Utah was one of the last states admitted into the Union, the 45th State, in 1896.  However, since then the State has risen to be one of the premier examples of excellence for the United States.  Utah holds massive beauty and much of it is preserved in the form of national parks.  One of the tenets of state history for Utah was the preservation of such places.  It is also a remote state.  There is not much of a local presence outside of the major cities such as Salt Lake City.

The State is also one of the most religious states in the Union, it is second only to Mississippi.  I highly recommend that you visit the state of Utah next summer.  There is a massive amount of things that you can do in the state and this article only scratches the surface of what you can do.

From exploring vast, unchecked, wilderness to walking in the cultural hub of Salt Lake City to exploring multiculturalism at the festival of colors.  What else could you ask for?  Plan your visit and explore Utah and have fun!  If you enjoyed this article then please check out my other travel article:  http://www.infobarrel.com/Five_Things_to_do_in_Virginia_ 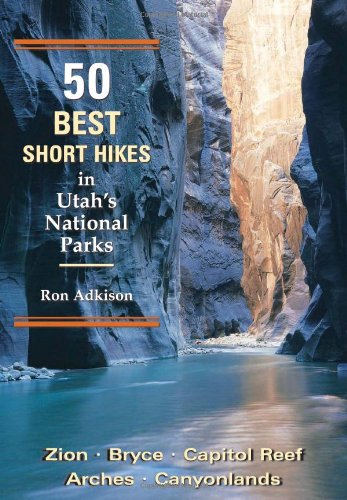 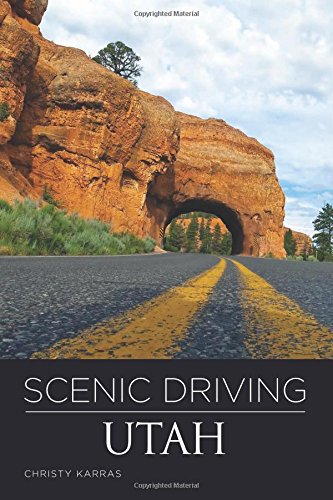