Flamenco: the Origins and History of the Spanish Dance

We can only make a guess about its deep origins or influences, since we lack ancient written references where flamenco could be mentioned as such. The only information known is by word of mouth: it is an ancient art originated in Andalusia, on the banks of the Guadalquivir.

Influences from many different cultures can be found in flamenco. This is not surprising since we know that Spain is one of the territories where the most civilizations and cultures have settled. Phoenicians, Greeks, Carthaginians, Romans, Jews, Muslims, Goths and Gypsies have been settled for centuries in this land, and certainly these influences have been absorbed in the music and dance of the country.

In Greek writings we find the melismatic style of singing which is a common feature of southern Spain, the same kind of style that Flamenco also has today. From Roman times, the records of Martial and Juvenal on Puellae Gaditanae, tell us a story on young dancers from Gades, the colony founded by the Phoenicians in the territory of what is now named Cadiz (a city that also had a fairly assimilated Greek culture). These dancers, who were accompanying a band of musicians, came to be highly regarded in the circles of the aristocracy and Roman gentlemen hired them for private parties or public events. The show offered by these girls, according to contemporary sources, became the most successful part in festivities. It is interesting that the dancers appearing in Puellae Gaditanae carry castanets, and their positions of feet and arms are identical to those of flamenco. Maybe it's just coincidence or maybe this way of dancing was common in the entire Mediterranean basin back then. In any case, it can only be seen today in Flamenco.

Other theories suggest that the Seguiriya, the Fandango and the Saeta are derived from Semitic liturgy. We cannot validate this nowadays, however the similarities are obvious, in particular the chords used seem reminiscent of the Jew rhythms.

Another influence, which obviously is to be expected, dates back to the Middle Ages, in the age of Muslim Spain: the Andalusian music, resulting from the mix of the Muslims from North Africa, with the Christian and Jewish already existing on the peninsula. Here the Moorish influence came back to enrich the style. The Granaina, which has an undisputed Moorish origin, and Zambra, which is a word that was originally used for the meetings of Andalusian musicians, are clear examples of this influence.

The gypsy influence is found in both the dance and the music. Some characters of the dance are very similar to those of the Asian regions from which gypsies come. Also the rhythms found in flamenco, different from the European ones, have characters that are now only found in Indian music.

And so we could continue go on trying to find the various influences or origins. But in any case, what is clear is that flamenco in its long history has been permeable to many influences.

At this time there are three major sources that would set new standards: Cádiz, Jerez de la Frontera, and the neighborhood of Triana, in Seville. It is from this time that flamenco as a dance began to have a place among the Spanish dances that take place in schools, often taking place in courtyards, halls and private rooms where festivities were held. In regards to the guitar, it was not used at first, and the singing was usually performed a capella, only with the clapping of the audience. Some guitar composers, as Julián Arcas, began writing songs with flamenco sounds that initiated a new era.

Flamenco enters its most prolific period which has even been called the Golden Age of Flamenco. In this era cabarets flourish, developing all facets of flamenco, the instrumental, the song and the dance, until finally constituting what we could consider classic flamenco. The dance takes unprecedented splendor, being the greater public appeal of these cabarets and gives a boost to the guitar, as a fundamental and indispensable complement to the singing and dancing.

The singing is dominated by the so-called Opera Flamenca where they sing lighter songs like fandango. This new trend of flamenco is not well accepted by everyone and in 1922 a group of intellectuals, like Falla and other artists of the Generation of '27 create a competition in Granada with the aim of finding new values â€‹to cultivate the authentic cante jondo. Since 1915, there is cycle of theatrical dance of exceptional quality, taking Spanish and Flamenco dancing on stage throughout the world.

There is a renaissance of Flamenco with the figure of Antonio Mairena being the main character. He shows a curious style and spreads his passion for orthodox Flamenco songs.

The dancing at this time takes place in the tablaos, which are a step ahead to the previous cabarets.

Guitarists play together with the singing and dancing (which are more important), and at this point this art has reached maturity. The guitarist’s role is currently not only to support, but also plays solo. Paco de Lucía marks the beginning of a new era of unprecedented splendor, giving the guitar a universal dimension. Other famous guitarists of Flamenco are Manuel Cano, Víctor Monge Serranito and Manolo Sanlúcar.

On one side, we notice new trends mixing with other musical styles. At this point this is quite controversial among the defenders of orthodox flamenco conservation (as in the time of Falla) and the ones that more interested in its development and permeability.

On the other hand, important flamenco artists have taken Flamendo to the five continents, reaching a new era where the media are witnesses of its originality and strength. We therefore cannot say that Flamenco is an art exclusively of Andalusia anymore (as we can no longer say that the Jazz is a music exclusively from New Orleans).

Naturally Andalusia still remains the capital of flamenco. It’s where it is more concentrated and where you can enjoy this art in its purest manifestation. 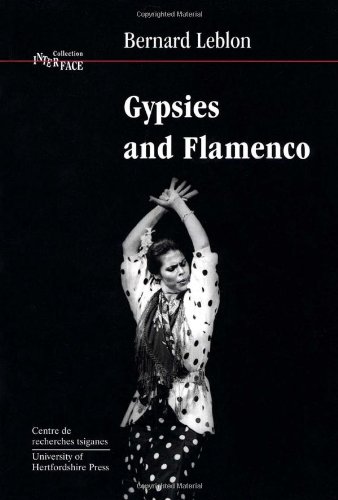 Gypsies and Flamenco: The Emergence of the Art of Flamenco in Andalusia, Interface Collection Volume 6 Amazon Price: $19.95 $11.44 Buy Now(price as of Sep 1, 2016)
Next >> Learn to Love Classical Music. Find Out What Amazing Songs You May Have Been Missing!