As a student of the liberal arts, I enjoy literature, history, and the humanities. As the founder and general manager of the startup tutoring company, Stopwatch Sessions, I attempt to share this passion with others. Check out our website here. Like Info Barrel? Sign up here.
InfoBarrel is a writing platform for non-fiction, reference-based, informative content. Opinions expressed by InfoBarrel writers are their own.
InfoBarrel > Entertainment > Books & Comics

Analyzing Themes of Fear and Humanity in Frankenstein

Fear, Thy Name is Man

It is human nature to fear. Whether it is the fear of beasts, rejection, or even needles, we all have experienced it. Many fear losing control of the most precious thing we own, our minds. The line between genius and sanity is a fine one that has been straddled by characters such as Victor Frankenstein. He strives to overcome death but at the same time unleashes a monster from within, defies God, and epitomizes evil. While the scientific aspects of the novel have been outdated and disproven, Mary Shelley’s Frankenstein still disturbs readers today because it deals with unexplained ideas and concepts that still may plague our lives today. People are disturbed and even frightened by the story of Frankenstein because it exemplifies the fears human nature has bestowed upon them. 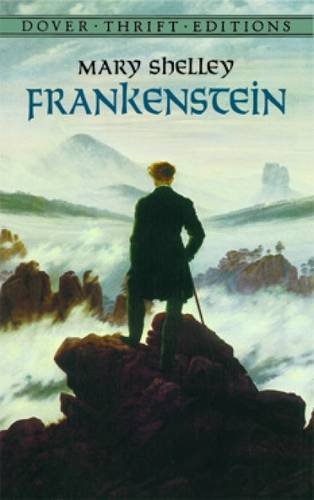 The Loss of One's Humanity

Victor rejects society during his work on the Creation, thus denying his own human characteristics and creating a monster within. During the creation process, Victor withdraws into his laboratory and pushes away all those that care about him. Because of his withdrawal from society, Frankenstein’s health and sanity begin to deteriorate as he slowly becomes more monstrous. He slowly loses his sanity as the Creation takes hold of his life. This is not surprising because one requires relationships with other humans to be happy. Aristotle understood the importance of relationships in his theory on the good life. He listed relationships as one of the most important requirements for happiness. Furthermore, in the original creation story, God recognized that man should not be alone and thus created Eve for Adam. Happiness is the goal everyone strives for and without it, our lives are incomplete. Since all humans strive for this, it proves to be a part of human nature. Frankenstein became completely one dimensional in his quest for knowledge and gave up on this part of being human. His behavior becomes less human as he gives up the traits that make him human. Things lacking human traits that are so one minded they will let nothing stand in their way are known as animals, beasts, and even abominations. The frightening thought is that is Frankenstein, a well-educated doctor, can lose his sanity, it would be so much easier for average people to lose theirs. Any overly ambitious person may succumb to the prospect of success and find themselves in a state of madness much like Victor. Athletes are especially vulnerable to this in their quest for greatness. Many sacrifice their bodies and minds for glory. In addition to known physical and mental problems associated with this one mindedness come unknown and possibly far worse external ones.

The Role of Religion

In his creation of an intelligent being, Frankenstein upsets religious norms. From an early age, many people are taught that God alone can create life. In the novel, Frankenstein takes on this role of God and creates his own life. This proves one of two things. Since it is stated that only God can create life, then Frankenstein must be God. This clearly must be false because Frankenstein dies in the end and God is immortal. Therefore, the novel indirectly states there must be no God because if there were, this man would have failed to create life. As humans, we often look to some higher being for moral guidance and protection. It disturbs some people to think there is no higher power and our lives are actually meaningless since there can be nothing beyond death without a God. Furthermore, humans tend to view death as permanent. Things that are dead are supposed to remain dead. This is a simple norm of our world. Contradicting that norm makes people uneasy and even frightened because if something thought to be evil cannot die, it will never go away. It is for this reason that people are often frightened by ghost stories and tales of the occult. The idea that some immortal entity can harass and even violate someone disturbs people because there are no means of ridding themselves of such a being. The most frightening and disturbing situations involve not only endless evil, also but ever present evil.

The Creation, because of his omnipresence, represents the evil surrounding people at all times. Victor’s family and loved ones were in immediate danger from an unseen enemy beginning with the death of William. The Creation realized how much faster and heartier he was than regular humans and used this to his advantage by stalking Victor relentlessly across Europe. No matter where Victor ran, the Creation would be there. He promised Victor, “I go; but remember, I shall be with you on your wedding night." This unseen, ever present terror can represent anything from disease to the devil himself. The threat of contracting cancer or other terminal illnesses is ever present today. This modern evil causes as much if not more suffering as the Creation caused to Victor because we never know when it may strike. This fear of the unknown is what humans fear the most. We all know terrible things are out there but what we do not know is how and when they will strike.

The only guarantee in this life is fear. Mary Shelley compiled all of these fears into one novel and invited us to peer into the darkest parts of our souls to examine just how these fears function. All we can hope to do is accept these fears and try to look past them. Dorothy Thomson once stated, “Fear grows in darkness; if you think there's a bogeyman around, turn on the light.” Unfortunately, the light does not destroy fear, but merely unveils it.