It’s a free season agency again and teams are on scramble to sign the best players for their team in hopes of winning the NBA championship.  This article is featuring one of the best players in the free agency with the name Monta Ellis. Who is he and what does he do for NBA teams? Read more to find out.

Monta Ellis is a 6’3 guard born October 26,1985 in Jackson, Mississippi. He was one of those players who went directly to the NBA draft straight out of high school. He was drafted by the Golden State Warriors in the 40th pick of the 2005 NBA draft. Since he was a young prospect, he was originally assigned as a reserve in order to learn more and develop into a better player after a season or two.  By the end of the season, several players were injured which gave Monta the opportunity to play. He averaged 6.8 points in 18 minutes of play. By the next season, he was the third guard in the rotation after Baron Davis and Jason Richardson. When both guards were injured, Monta took reins of the team and averaged 16.5 points and 4.1 assists per game at the end of the season. This led to him being awarded the NBA most improved player of the year award. Monta averaged 20.2 points and 3.9 assists the next season.

Monta went on to become one of the best transition players in the NBA due to his speed and scoring. However, the Warriors faced problems when he was injured for a few months because of an ankle injury. The Warriors did not qualify for the playoffs that year. The next year, Monta was healthy enough that he made 64 starts and performed very well that year. He went on to perform well for the warriors but was traded to the Milwaukee Bucks on March 13,2012.

Monta is very good at finding the rim whether it be in transition, isolation, pick and roll, or mid range. He is also very good at playing passing lanes which results in steals for his team. He has also shown a capability in being a leader as shown during his stint with the Warriors. He is also a very good clutch player.

Monta is a very streaky shooter meaning he will shoot a lot if he gets hot. This could be either good or bad for his team. He is also very undersized for his position which can cause defensive disruptions and mismatches.

Would you want Monta Ellis for your team? 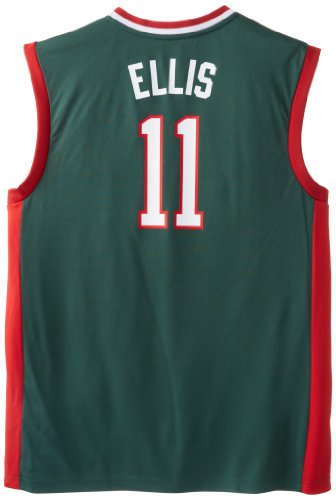