Every so often the 13th day of the Gregorian calendar month lands on a Friday.  And although horror film fans consider Friday the 13th as the day that Jason Voorhees comes to life once again to terrorize campers, very few people have a real understanding of the historical significance of the date.

Friday the 13th, or Black Friday, is thought by many scholars to have significance based on the death of Jesus Christ.  With 13 people being involved in the last supper on the eve of Christ's crucifixion.  But other scholars find no reference to the date being considered unlucky until the 1800s.  Although the number 13 has a long history of being considered unlucky, historical references to the combination of Friday and the 13th day of the month have a much shorter history.

There are only a couple of references in literature to the superstition surrounding Friday the 13th.  But many books, like Dan Brown's The Da Vinci Code, have referenced the feared date as the date in which the Knights Templar were arrested by King Philip IV in 1307.

But it seems the best method for understanding the importance of, or the superstition surrounding, the date is to split up the elements.

Fridays are considered unlucky due to being the day in which Jesus was crucified.  Friday is also considered to be the day in which Cain murdered Abel.  There are many references to Friday in other mythology, but most consider the theological references as having the most merit in explaining the superstition surrounding the sixth day of the week.

The fear of the number 13, or triskaidekaphobia, can be found in everyday life in western civilization.  From hotels and high-rises being built without a 13th floor to people refusing to even go outside on the day, Friday the 13th is considered to be the most widely spread superstition in the United States.  Other explanations of the unlucky number 13 can be found in the fact that there are 12 months in the year and 12 Zodiac signs.  With thirteen being unlucky due to going past the restraints of the calendar year and Earth's orbit of the sun.

But the combination of the two elements, happening one to three times per year, has really only become a powerful superstition over the last couple centuries.  And although the legend of Jason Voorhees and his infamous hockey mask may be the first thing that pops into contemporary minds, the history of the superstition of the 13th day of the month falling on Friday has a rather religious, theological slant. 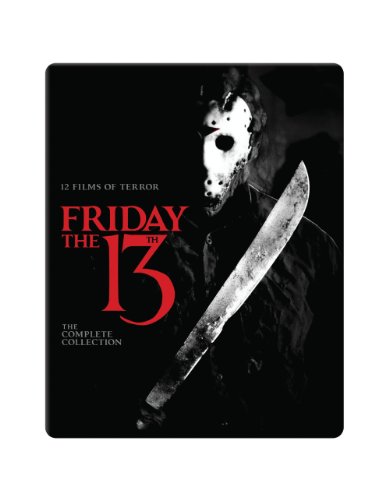