Doll of the Dead

“O, daughter dear,” her mother cried,
“This blanket ’round you fold;
It is a dreadful night tonight,
You’ll catch your death of cold.”
“O, nay! O, nay!” young Charlotte cried,
And she laughed like a gypsy queen;
“To ride in blankets muffled up,
I never would be seen!”
--(excerpt from folk song)

The Victorians were uncomfortable with many aspects of life (sexuality for one, and other human bodily functions for another), but one thing they embraced was death’s inevitability.

They had a healthy respect for it and often took post-mortem photographs of their loved ones (most often children dressed in their best clothes) that hung in their parlors in memoria.

One of the more bizarre twists on this “dealing with death”, however, was the creation of a children’s toy (specifically a doll) modeled after the legend of a girl whose vanity led to her demise.  The doll, very popular for decades, was an image of the dead girl, though, not the living one.

Sing It, O’, Sing It!The legend of Frozen Charlotte is based upon a folk song, “Fair Charlotte”.  The song is a morality tale against vanity and pride.

Charlotte, a stunning girl (described in the song as “very fair,” with a “laughing eye”), had a date with her beau, Charles, to attend a winter ball in a village about 15 miles away.  She dressed in her best (a new silk gown), had her hair fixed just so, and (as any teenage girl might) primped in preparation for the event.

Her squire arrived in an open sleigh for the ride to the village.  Her mother admonished her to bundle up as it was very cold, to which Charlotte retorted she would not.  As she was dolled up, she wanted to make sure any passing people could see how pretty her dress was and how darling she looked:

“My silken cloak is quite enough,You know ’tis lined throughout;Besides I have my silken scarf,To twine my neck about.”
Her bonnet and her gloves were on,She stepped into the sleigh;Rode swiftly down the mountain side,And o'er the hills away.

Some time into their sleigh ride (and one has to imagine the horse’s slow progress over the snow) Charlotte was very cold.

At the five-mile mark her boyfriend, Charles, complained it was one of the coldest nights he’d ever experienced, his hands were benumbed, and he was having trouble handling the sleigh’s reins.  Charlotte shuddered and replied she, too, was shivering with cold; she still refused to bundle up in the sleigh’s blankets, though, not wanting to cover up how pretty she looked.

Charles cracked the whip to gain speed, and after five more miles he commented that ice was actually forming on his brow as he drove, it was so cold.  Charlotte told him, “I’m feeling warmer now.”

They arrived after fifteen miles of bitter cold and wintry wind at the dance hall.  Charles jumped down from the sleigh and reached for Charlotte to help her down.  When he touched her hand, it was morbidly icy, and she did not respond to his voice:

He took her hand in his - O, God!’Twas cold and hard as stone;He tore the mantle from her face,Cold stars upon it shone.
Then quickly to the glowing hall,Her lifeless form he bore;Fair Charlotte's eyes were closed in death,Her voice was heard no more.

After determining Charlotte was indeed dead, Charles bundled her securely in the sleigh and drove her the fifteen miles back to her parents’ cottage.    Whodunit?The quintessential version of this sad story places the hapless heroine in upstate New York, and the cautionary tale probably originates from there.  Considering the limited means of

Credit: public domaintransportation available, “upstate” could have been no farther than Sleepy Hollow (a hamlet about 30 miles NNE of New York City proper, once considered “upstate”).

The song first appeared in print in 1843, attributed to author Seba Smith in a New England journal.  Other evidence suggests a version of the song-tale was known in Vermont as early as 1833.

Finally, to add to the mystery, a defunct newspaper (The New York Observer, Feb 7, 1840) reported the freezing death (occurred on January 1, 1840) of a girl in a rural area.

Could that girl, then, have been the inspiration for Charlotte?  This would fit the drive to the Winter Ball scenario: it’s New Year’s Eve, and Charlotte and her betrothed are off to a dance.  However, it is likely the true-life version can never be uncovered.

Dead DollThough there is no verifiable factual basis for the story, it is a fascinating piece of Americana.  More intriguing, though, is the production of a doll, called the “Frozen Charlotte” doll, from

roughly the period of the song to the early 1920s.

A more macabre toy has yet to be invented.  It fits very well into the Victorian acceptance of death not only as a part of their lives, but as a part of the lives of their children as well.  Secondly, little Frozen Charlotte served as a reminder of the “pride-goeth-before-a-fall” lesson.

The doll is dead.  Her rosy cheeks are not from merriment or vigorous health, but are the flush of the hypothermia that killed Charlotte.

A variant doll, the “Frozen Charlie” (Charlotte’s fiancé), was also made (differentiated in style by the shorter hair’s length).  The dolls were made in the US, usually of a one-piece molded porcelain or ceramic body, with hand-painted features.  They were also made in Germany (with requisite blond hair, although the “real” Charlotte is black-haired).

The dolls are very small, of a size to fit in the palm or a doll house, generally no taller than about 5 inches (almost 13 cm).  Some have been found as tall as 7 inches (about 18 cm), though these are very rare.

Miniature versions, called appropriately “Penny Babies”, were made that were not much larger than the US one-cent piece.

Business as Usual (for the 19th Century)The strange condition of the doll (deceased) probably would not work in today’s childern’s toys’ market (one can’t really imagine a "Post-Mortem Malibu Barbie", for example).  But little girls of the mid 1800s loved these dolls, and one of the most poignant stories involving Frozen Charlotte concerns little Patty Reed, one of the survivors of the Donner Party disaster (the Nevada Winter of 1846-1847).

The Donner Party (chronicled to exhaustion) was a group of frontier families headed for California in the mid 1800s.  Through poor leadership, gross incompetence, and taking an uncharted, untried route recommended to them by a local trapper/adventurer (the notorious "Hastings Cutoff"), they left the beaten path, trekked additional unnecessary miles, and had to cross the Utah desert before reaching a mountain pass leading into California.

Their timing could not have been worse, and the wagon train was trapped in the mountains by heavy snows.  As time wore on, efforts were made to reach civilization (at Sutter’s Fort in Sacramento, California) by some in the party, but help was slow in coming.

Those left behind, meanwhile, were starving.  After eating many other comestibles (including their draft animals) the survivors resorted to eating tree bark soup and boiled leather.  Finally, in desperation, they began to eat their dead.  Of the 87 people who began the journey, 48 survived and made it to Sutter’s Fort.

The Reed family successfully made it to safe haven intact.  Among them was four-year-old Patty Reed and (ironically) her Frozen Charlotte doll.  As they crossed the

Credit: Sutter's Fort, Sacramento, CAcountry, these pioneers were compelled to lighten their wagon loads to ease crossing dangerous or difficult passages.  James Reed told his children to dump their toys; Patty furtively kept her doll (named “Dolly”) hidden in her skirt’s lining.  She managed to keep hold of Dolly throughout what was to come (blinding snow and bitter cold, disease, starvation, death, and cannibalism).

Dolly is a variant Frozen Charlotte, made of jointed wood roughly four inches tall, and she appears hand-made (perhaps by a loving uncle or father).  Her small size indicates she was probably meant to be a “dollhouse” doll.

Patty Reed kept Dolly her entire life, and she asked her children to give it to Sutter’s Fort after her death.  She felt this would honor the Fort’s personnel who (on three separate expeditions) assisted in rescuing her family.

Dolly has been displayed at Sutter’s Fort since 1946, and she is the first exhibit one sees upon entering the collections’ area.  She was off-display for conservation work starting in mid 2011, but she was back in 2012.  Standing before this little doll is a moving experience as one ponders the horrors seen by the little girl Patty Reed, and her seeking comfort from her Dolly.

Another “Dolly” is on display in Kansas City, Missouri, although this one never got the chance to be loved by a little girl.  In 1856 the steam packet Arabia hit a “snag” on the Missouri River as it chugged westward to Kansas City from St. Louis.  The very word “snag” understates the cause of the wreck; the snag in this case was a submerged tree, firmly anchored in the muddy river bottom that impaled the river boat as it steamed over.

The packet was fully laden with consumer goods meant for distribution to Western frontier general stores and trading posts.  It sank into the Missouri River with no loss of human life.  [A mule, whose owner refused to take time to untie it from a steam valve, was the only casualty; it drowned because it was securely tethered and could not escape, though the owner later lied and said the mule was stubbornly resisting rescue.  Its remains were uncovered in the late 20th Century, showing the animal still securely tied to a steam valve with no hope of escape.]

The Missouri River’s course gradually shifted northward from the wreckage.  About 130 years later, the Arabia rested beneath a cornfield some distance south of the river.  A local business consortium financed excavation of the ship.  The material taken from the wreck was placed in a museum setting in Kansas City, Missouri, where tens of thousands of items recovered (perfectly preserved in the Missouri mud) are on public display.  Its contents were myriad and fascinating.  Among the artifacts are foods presereved in glass jars (still edible). hand tools, shoes and boots, fine china imported from England, buttons and combs made of rubber, and a few children’s toys.

There are not many toys in the stock of the steamboat as tools and necessities filled the valuable cargo space.  Among the few displayed in this museum, however, is this little gem:

It is a Frozen Charlotte doll that never got to her Patty Reed.

From the movie, "Hunger Games" 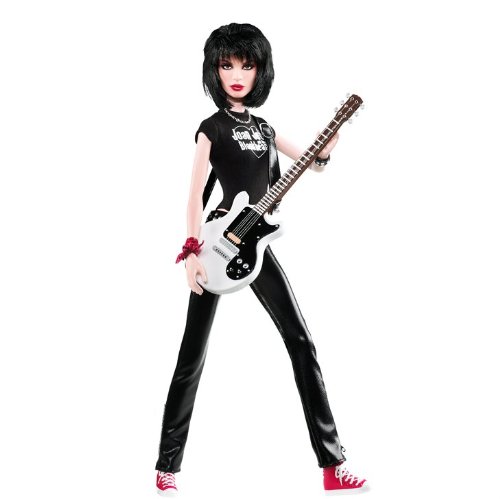 From the movie "Baby Doll" 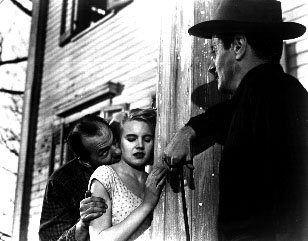