I am a retired teacher of English as a second language. I teach on line via Skype, and write on-line articles which reflect my love of travel, language, literature, history and culture. I love writing for InfoBarrel. Why not join me by signing up here: http://www.infobarrel.com/signup.php
InfoBarrel is a writing platform for non-fiction, reference-based, informative content. Opinions expressed by InfoBarrel writers are their own.
InfoBarrel > Health > Diseases & Conditions

If you have ever had trouble falling asleep, you are not alone. Insomnia is a common problem which affects 48 percent of Americans. Women are more likely to have trouble sleeping than men, the elderly are more affected than younger people, and divorced or widowed people suffer more than those in a committed relationship.4  Other potential insomniacs include the poor, alcoholics and mental health patients.1

But regardless of your gender, age, economic or relationship status, when you are tossing and turning in the dark you may not think that there is anything fun about insomnia.

Lack of sleep has been linked to depression and anxiety. It can kill your sex drive, cause weight gain, and make you look older by aging your skin. Insufficient sleep can also contribute to health issues such as obesity, heart disease, high blood pressure, strokes and diabetes5

Lack of sleep can make us forgetful. It can also impair judgment, alertness, reaction time, concentration, reasoning, and our ability to solve problems.

It is hardly surprising, therefore, that someone who does not get a good night's sleep is alarmingly accident prone. Driving while sleepy can be just as bad as driving while drunk: an estimated 100,000 motor accidents per year in the U.S. are linked to sleep deprivation. Lack of sleep can also be responsible for workplace accidents, and has also been identified as a contributing cause to several major disasters, including the Exxon Valdez oil spill and the nuclear accidents at Three Mile Island and Chernobyl.5

For many years Bill Clinton survived on five hours of sleep a night. He blames the fatigue resulting from sleep deprivation for causing him to make many serious mistakes, and even for giving him a heart attack.3

There have been many other famous insomniacs3, including Marilyn Monroe, Madonna, Judy Garland, Vincent Van Gogh, Napoleon Bonaparte and Margaret Thatcher, who famously said that "sleep is for wimps."

Some famous people had some rather bizarre ways of dealing with their insomnia. Abraham Lincoln, Charles Dickens and Alexandre Dumas all developed the habit of taking long night-time walks. Actress Tallulah Bankhead used to pay gay men to hold her hand and keep her company while she lay wide-eyed in the dark, and Groucho Marx is said to have called up complete strangers in the middle of the night in order to insult them.

Benjamin Franklin had a desperate need for fresh air in bed, and would get up in the middle of the night to air out his sheets. He had two beds, so if he did not think the bed he was sleeping in was sufficiently airy, he would move to the other one.6

Many insomniacs make up for their lack of sleep by catnapping during the day.

While bosses in the U.S. or the U.K. would probably not appreciate their employees sleeping on the job, this practice is quite acceptable in Japan, where the custom is called inemuri, which means "sleeping while present."

There are many unwritten rules for inemuri. For example, it is only acceptable for very senior or very junior employees, and the sleeping person is expected to remain in an upright position.2

Believe it or not, to sleep well people need sunlight. Exposure to sun during the day is vital to regulation of the 24 hour sleep-wake cycle of the body's circadian rhythms or biological clock.

Credit: By NoNameGYassineMrabetTalkâœ‰ fixed by Addicted04 - The work was done with Inkscape by YassineMrabet. Informations were provided from "The Body Clock Guide to Better Health" by Michael Smolensky and Lynne Lamberg; Henry Holt and Company, Publishers (2000

Sleep is regulated by the hormone melatonin, and the production of melatonin is in turn regulated by exposure to daylight. Any interference with the natural sequence of daylight and darkness can disrupt our sleep patterns. They can be disrupted by shift work, the jet lag caused by long distance flight across time zones, and even changing the clocks for daylight saving time.7

However, getting too much daylight can be just as detrimental as not getting enough. The constant sunlight seen during summer months at extreme northern or southern latitudes is known to cause insomnia. 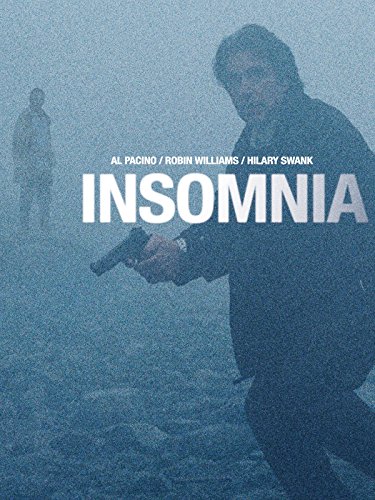 Lack of sleep during the long summer days can lead to an imbalance of brain chemicals, depression, and an increased risk of suicide. A study of suicide data in West Greenland from 1968 to 1995 showed that suicides increased in the summer, peaked in June, and declined during the winter.8

While it is relatively easy to cut back on caffeine, it could be harder to cut back on nicotine, and even more difficult to deal with another serious cause of insomnia, a partner with an earth-shattering snore.

Many experts advise that the best way to fight insomnia10 is to follow a relaxing night time ritual. This could include such things as enjoying a nice warm bath, doing some yoga, listening to a soothing CD, or drinking a comforting, non-caffeinated drink such as camomile or other herb tea. Some people might want to follow Teddy Roosevelt's example and enjoy an alcoholic nightcap, although it might be better to follow grandmother's advice and drink warm milk. This is particularly effective because milk contains tryptophan, an amino acid which helps the body to produce melatonin. Combining warm milk with a starchy snack such as a cookie will increase the relaxing effect of the milk.

Lavender oil is said to help relaxation, so part of your routine could be to put a few drops on your pillow before you lay down.

Things to avoid just before retiring include eating a heavy meal, watching television or using the computer. 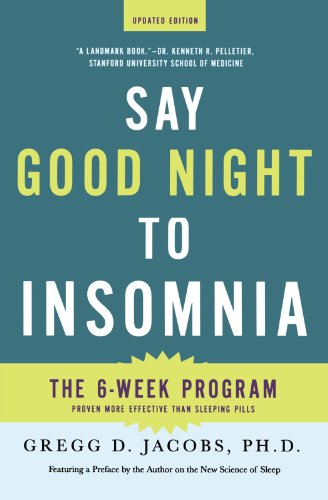 Stress is also a major cause of sleep problems so specific techniques to relax the body and mind may prove helpful2. One way to relax the body is to focus on your breath as it flows in and out. Another is Progressive Muscle Relaxation. This involves systematically tensing and relaxing each muscle in the body, letting the tension of the day go a little more each time you let a muscle relax. If your mind refuses to shut down, you can block your thoughts by mindlessly repeating a simple word such as "the", or perhaps even by counting woolly animals jumping over gates.

If all else fails and sleep remains elusive, it might be better to get up and do something productive. After all, it worked for Napoleon, Churchill and the Iron Lady.