What would you give to be able to go back in time and turn the tide in your favor? How much more fun would school had been if you always knew what to say? What if you could change your destiny as well as those of others?  You will have to chance to answer those questions and more as you take a journey in the mysterious, story-rich world of Life is Strange.

If you’re at all familiar with titles like Telltale’s The Walking Dead, The Wolf Among Us, or Game of Thrones series, then you know that story is a major factor when it comes to episodic games; the same is true in this case. In Life is Strange, you play as Max Caulfield, and aspiring photography student attending a prestigious art school. Life proceeds as you would expect at any school when suddenly Max witnesses an event that triggers a mysterious ability to rewind time itself! Couple that with strange apocalyptic visions hinting at the end of her little town, and you have a bona-fide mystery on your hands. Now it’s up to Max to find out what these powers are for, and how to use them to save the people of Arcadia Bay.

Most of Life is Strange’s game play focuses around exploration and conversation. While trying to piece together the mysteries surrounding Arcadia Bay and its inhabitants, you speak to various characters to get their take on different events and gather information. In some cases, you may be treated as an outsider due to a lack of knowledge, or you may be unable to proceed because events did not unfold in a specific way. This is where the game’s time control mechanic comes into play. With it, Max can find out what a character expects or wants her to know, then rewind time and reinitiate the conversation with that knowledge in hand; thus garnering their favor or help. In other times, an event may happen that requires you to rewind in order to properly place props or people where they need to be in order to be of assistance. During dialogue you are provided branching choices to ask questions and make statements, coupled with time control, you can always be sure to say the right thing. While exploring the world, you are given the opportunity to interact with certain people and items; being a photography student, you can also take pictures at certain times.

There have been various titles that have made use of the “manipulate time” mechanic, but I feel that Life is Strange somehow adds a new coat of paint to the model. Playing through scenes to see how events play out, and then having the option to go back and correct your mistakes never got old for me. In most episodic games, you usually have to reload to an earlier save point in order to do that. Also, since Max is unaffected by the time travel, she is able to use what she learns in the present to mold the “past” for her own advantage. I also enjoyed the game’s story as it was able to introduce a large variety of characters and lore in a short amount of time without it feeling rushed. By the time the episode was over, I felt that I had made connections with real people, and not mere NPCs. Even filling in the gaps about the disappearance of one of Blackwell’s students was enough to make her feel like a major player and not just a side note that was thrown in. I also felt that Arcadia Bay had a life of its own, filled with interesting locales and history. Another feature that I felt was a long overdue is the game’s collectible mode. After finishing the episode, you are able to go back into each chapter to find photo opportunities (the game’s version of collectibles) that you may have missed. While doing this, any decisions you make will not affect the save file you’re playing from. The voice acting is well done, with plenty of emotion and personality given to each character. Some of the lines can come off as corny, but overall the script is well written.

It may be nitpicking, but I really didn’t like how after conversations or events that can have some kind of impact later on down the road, Max gives an internal monologue about how it may or may not have been the right choice. I found myself second-guessing my decisions more than once because of this. The game already notifies you when actions like that happen, so having her doubt what you have done just seemed unnecessary. Finally, the lip-syncing needs some major fine-tuning; most conversations felt like watching a poorly dubbed kung-fu movie.

Life is Strange tells a compelling story, has interesting characters, and breathes new life into a tried and tested mechanic. I was able to get through my first play through in a little over 2 hours, and couldn’t wait to dive back in and see what would’ve happened if I did things differently. If the rest of the episodes are anything like the first, then I’m all in; and at the $4.99 asking price (per episode), it’s a great bargain. I definitely recommend buying this title. Also, episode 2 was recently released, so it doesn’t look like there will be much of a wait time between releases. 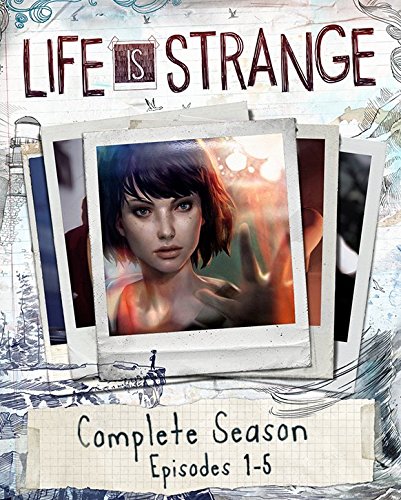