Who we Are Influences What we Do Online

The Cultural And Social Characteristics

The baby boomers are those who were born during the 'baby boom' era during 1946-1964.  The generation X group is those born from the mid 1960s to the early 1980s.  Unlike the generation Y and generation Z, these individuals prefer unstructured outdoor activities as they played outside as children.  Generally these activities were without prior planning and adult supervision, which led to personality traits of spontaneity and greater degrees of confidence.

Generation Y refers to those individuals who were born between 1980 and the late 1990s; and generation Z refers to those individuals born from the early 2000s to present day.  Studies show that these children are 6 times more likely to play video or computer games as recreational activities.  Bike riding, an activity often enjoyed by the first two age groups, has decreased by 31% since 1995; and only 47% of children aged 9-13 will play organised competitive sport.  Furthermore, only 6% will play games by themselves; we are social animals after all.

The technological aspects of our lives

Contrary to popular belief, the baby boomer generation are active on the Internet.  In fact, studies indicate that 70% of all baby boomers utilise the Internet on a daily basis.  The only difference between this age group and others is that only 2% have uploaded videos of themselves. They tend to do less intensive activities.

Individuals in generation X showed a much larger 87% use of broadband in comparison to the baby boomers.  Plus they presented with a higher 6% percentage when looking at uploaded personal videos.

However, it was the millennial, or generation Y, that showed the highest percentage of intensive Internet use and video uploading.  When surveyed 90% of the global population in this group were active satellite, ADSL, fibre or mobile broadband Internet users, with 20% uploading personal videos.

Although 70% of the baby boomer age group utilise the Internet on a daily basis, research indicates that only 30% use social media.  It was noted that 26% will visit a social networking site once per day, whereas 11% will visit it more than once per day.

Evidence indicated that the generation X group showed a 20% higher rate of use of social media compared to the baby boomers.  Only 29% visited a networking site once per day, with 19% visiting it more than once per day.

However, 75% of all generation Y individuals were known to utilise a social networking site.  It was in this group exclusively that the amount of individuals who visited the site more than once per day exceeded those that visited only once per day.  The amounts were 29% and 26% respectively.

Due to the texting feature of the mobile phone, many individuals have chosen to text instead of making telephone calls.  Research indicates that 77% of the generation X age group would rather text than call.  Oddly, the generation Y group did not increase in the use of text but preferred to utilise the phone call feature.

The mobile phone is as important a factor in our lives as the Internet; although the two are of course intertwined these days. Nowadays, many of the mobile phones and tablets can be used to access the Internet via sim only broadband and contracts.  This being the case there are individuals who choose to sleep with the phone next to their bed.  83% of millennial engage in this behaviour; 68% of generation X engage in this behaviour; and 50% of baby boomers sleep with their phones to hand.

A look at overall intelligence

Research has shown that overall intelligence has been on the increase over the last 50 years with approximately 54% of generation X having college degrees.  However, while intelligence has been increasing the vocabulary knowledge is on a steady decline.  This has been correlated with the introduction of computers and the Internet.

In conclusion, while each generation has defining characteristics each are able to engage in certain behaviours to some extent.  It is important we address these and attempt to build our knowledge of each generation. 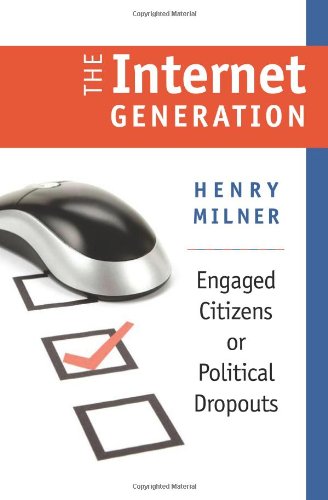