Georgians Revealed - Life, Style and the Making of Modern Britain, published by the British Library, is one of the most interesting books I've ever read. Released in November 2013 to coincide with an exhibition of the same name held at the British Library, the book features texts by leading historians, including Moira Goff, John Goldfinch, Amanda Goodrich, Karen Limper-Herz and Helen Peden. It looks in great detail at the period between 1714 and 1830 and features many previously unseen items discovered in the British Library's comprehensive archives supplemented by loans from numerous public and private collections.

What is the Georgian Era?

The period we describe as the Georgian era, was a time of huge change. Cities expanded rapidly as industry and trade around the world led to unprecedented levels of prosperity. That new-found wealth was reflected in the country houses built by the aristocracy and middle-classes. A boom in consumerism fuelled new industries as the demand for fancy goods to fill these new homes also increased. In addition, new forms of transport came into service and wealthy Georgians were keen travellers. The Grand Tour or a trip by stagecoach or even by private carriage was the perfect way for ideas and fashions to spread across not just Britain, but out into the world beyond.

Georgians Revealed tells us that at the same the demand for printed books and images also grew rapidly fuelled by an increasingly literate population hungry for magazines, newspapers, satirical pamphlets, and of course, the newly emerging book for pleasure – the novel.

Georgian worries and preoccupations were very similar to our own in the twenty-first century. The book examines all aspects of eighteenth century life through a broad range of items ranging porcelain and playbills to architectural drawings, fashion and fashion plates. The publication explores the Georgian passion for shopping, interior design, gambling and the cult of celebrity.

And what about etiquette? The authors examine how society's behaviour was ruled in the ballrooms and on the sports field, and how society's desire for entertainment also led to exciting developments in the world of theatre, classical ballet, and the circus ring. Many of the conventions established then still guide us now. 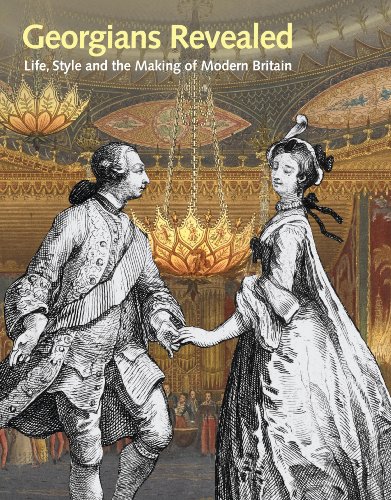 Georgians Revealed: Life, Style and the Making of Modern BritainAmazon Price: $21.40 Buy Now(price as of Dec 1, 2013)

The publication opens with an Introduction by Amanda Goodrich, Lecturer in History at the Open University.

The author defines the term 'Georgian' as the years between 1714 to 1830, a period when four monarchs, all named George, occupied the British throne. Goodrich examines how new ideas and development led to an open, optimistic and modern society. She sums up by saying: ″the essense of the period could be said to be one of exploration and innovation in many areas of life, with the Georgians displaying optimism and enthusiasm in their bold grasp of the new″[1].

The book is arranged in four main chapters: 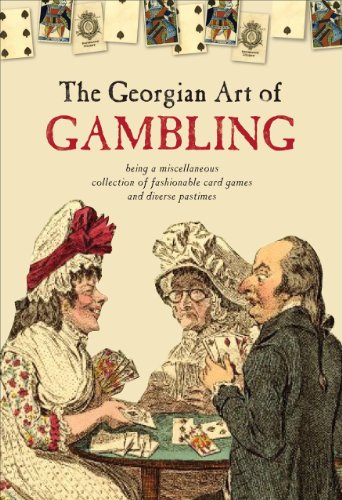 Between them, the contributors to this publication bring a wealth of knowledge, giving us an in-depth view of how life really was in Georgian times.

Moira Goff is the British Library's Curator of Printed Historical Sources, 1501-1800. She is author of The Incomparable Hester Santlow: A Dancer-Actress on the Georgian Stage (Ashgate Publishing Limited 2007).

Amanda Goodrich specialises in the history of political ideas in the eighteenth and nineteenth centuries. She is the author of several publications including Debating England's Aristocracy in the 1790s: Pamphlets, Polemics and Political Ideas (Royal Historical Society, 2005). 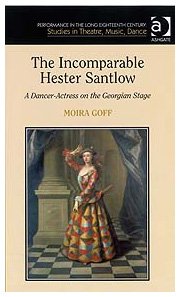 The Incomparable Hester Santlow: A Dancer-Actress on the Georgian Stage (Performance in the Long Eighteenth Century: Studies in Theatre, Music, Dance)Amazon Price: $114.95 $68.56 Buy Now(price as of Dec 1, 2013)

The exhibition can be seen at the British Library until 11th March 2014. For a little taster of what you can expect to see check out the YouTube video below.

More About Georgian Art and Society

If you're looking for more articles about Georgian art and society Georgians Revealed Life Style and the Making of Modern Britain or Stowe House and Landscape Gardens - Georgian House Restored for the Nation may also be of interest.

Get DirectionsLondon NW1 2DB, UK
Next >> A Dark and Controversial Crime Fighter