Stay well and  be healthy
InfoBarrel is a writing platform for non-fiction, reference-based, informative content. Opinions expressed by InfoBarrel writers are their own.
InfoBarrel > Business & Money > Jobs & Careers

Get A Good Education: Go To A Community College

The Value of a Community College Education

Most highschool graduates are eager and sometimes afraid to start their education at a four year university.  A big university can be intimidating and unsettling for young students who have never lived independently.  They will no longer be children, but adults starting an educational journey that may take many years to complete.

Community colleges need to be considered a valuable resource.  They are less expensive, smaller and can provide you with more bang for your buck compared to a four year university.  Today a  two-year college degree costs about $6,262, according to the College Board and $158,072 for a bachelor's degree from a four-year, private residential university.

Two year colleges offer certificate and degree programs that can outearn degrees received from four year universities.  According to the Georgetown University's Center of Education, around 30% of Americans with associate degrees are earning more than those with bachelor degrees.  Below are a few careers where just a two year degree will earn you big bucks.

All of the above jobs are skills that can be obtained with a two year degree.  These schools provide skills that employers can use right away for their businesses. A graduate will be well equipped to assume a position right after graduation.  You will be far more employable and have higher immediate and future earnings than a four year degree in some instances. 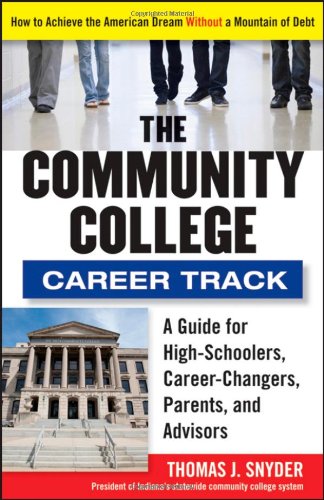 If you will be graduating from highschool or are a parent with a child who will be graduating, consider first starting at a community college then moving on to a four year university. Once you decide to apply to a four year university, know they are more eager to admit you compared to a student coming from highschool. Some universities guarntee entry as a third year student if the student has completed the first 2 years of their course requirements. Community college graduates are considered more focused, well prepared and motivated to finish their degrees. In addition, they finish their degrees at a much higher rate than those who start at four year colleges from day one.

One of the best things a student in highschool can do to prepare for college is to take courses at a two year college prior to graduating. The credits count and you can easily earn a year's worth of credit with the advantage of completing a B.A. degree in 2-3 years instead of the normal 4-5 years.

In conclusion, consider what career path you want to take and the best path to accomplish your goals. The two year degree schools offer just as much value as a four year schools. in 2010, President Barack Obama called community colleges "unsung heroes" of the American Education system. The traditional four year school model is not a good fit for every individual, but neither is a community college, but they offer invaluable resources for those graduating from highschool or changing careers. Honestly explore all of your options before you settle on a path of debt and career dissatisfaction because this isn't the path you ultimately need to end up on.