I'm an avid crafter who loves reading, writing, and making things with my hands! I run PeachPod, a handmade shop on Etsy.
InfoBarrel is a writing platform for non-fiction, reference-based, informative content. Opinions expressed by InfoBarrel writers are their own.
InfoBarrel > Health > Nutrition & Weight Loss

Getting Started On a Wheat Free Diet

In the last few years, scientific evidence has been stacking up about the negative effects of too much wheat in the human diet. One of the most promising trends has been evidence that cutting wheat from your diet can aid in weight loss, especially in the gut area, which is one of the most dangerous and unsightly places to store fat. Other positive benefits, including relief from irritable bowel syndrome and other digestive problems, have also been noted in nutritional studies. For people concerned about their health and weight, going wheat-free can be a step in the right direction toward a better life.Here are a few tips to get started on this exciting new life change!

Beware of "Stealth Wheat"It's obvious that certain foods contain wheat; food items like bread, crackers, and pasta have it as their main ingredient. These items can be easily identified and avoided. But you would be surprised how many foods have wheat added to them, even when it makes no sense for it to be there. I call this "stealth wheat". A common source of stealth wheat are products made from other grains. Cornbread is mostly made of corn, but commercial mixes also contain wheat flour to help it stick together and keep its shape. Cereals made of corn or rice often have wheat ingredients as well.One of the many ways wheat protein is used in foods is as a thickener. Because of this, it will often show up in foods like soup, chili, sauces, and other thick liquids. You probably wouldn't expect to see wheat in a can of vegetable beef soup, but check the label and it will likely be there. Spaghetti sauce is just tomato sauce and spices, right? Sometimes...and sometimes it has wheat lurking inside as well. Wheat will even show up in non-food items. It's an ingredient in some makeup, as a thickener and to help it spread smoothly. It also appears in shampoos and conditioners.Obviously no one is going to eat makeup or shampoo, but in addition to causing problems for celiac sufferers, it shows how widespread the use of wheat protein is in a wide variety of processed products. Don't ever assume it's not there! 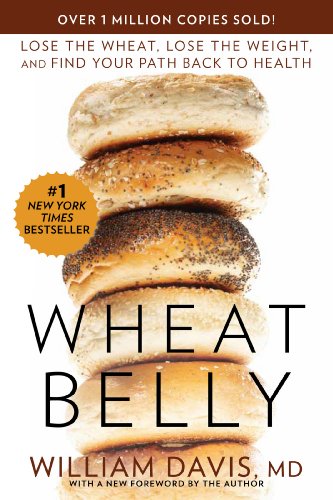 Read LabelsThe prevalence of stealth wheat is a good reason to get into the habit of reading nutrition labels. Processed foods often contain many ingredients you wouldn't suspect, as well as a ton of sugar, preservatives and other chemicals. Check the ingredient list of the food you eat, and try to choose items that have no added wheat, and a lower amount of chemical additives. Your body will thank you in more ways than just losing weight!

Every commercial food item is required to have a nutrition label somewhere on the packaging. This label includes a chart of some nutrient percentages, as well as a complete list of ingredients. Because of widespread allergies, products will often list wheat content in bold text along with nuts, soy, and other allergens.

Look for AlternativesLet's face it, removing wheat from your diet is a huge undertaking. Because of our society's focus on agriculture, many of our most common foods are made mostly of wheat, or contain it in significant quantities. Bread is used for sandwiches, side dishes, and appetizers, crackers and cookies are popular junk foods, and pizza is a favorite savory treat. Learning to cut out these items can be hard.The best way to deal with this problem is to look for alternatives. One option is to consider gluten-free versions of these foods. Gluten-free bread, pasta, crackers, cookies and other foods can usually be found in the health section of most major grocery stores, or in dedicated health stores. There are several drawbacks to these items, though. They are often costly, may not taste as good, and can contain just as many chemicals as regular processed foods.A better solution is to look for natural substitutes for wheat containing foods. Instead of baking with wheat flour, oats can be finely ground in a blender to make oat flour. Instead of a sandwich, try wraps, where the meat and other fillings are wrapped in healthy lettuce leaves. Rice cakes or crackers are just as crunchy as a wheat based snack. Choose soups containing vegetables instead of noodles.Instead of completely cutting out a food item, see if there's a way to switch it with a similar non-wheat alternative.

Treat YourselfDiets are hard to stick to, no matter what they entail. Being "good" all the time can be exhausting! One of the reasons people fail to stick to their diet is because they eventually burn out and fall off the wagon. Guilt then sets in, and they give up entirely.One way to avoid this is to treat yourself! Instead of accidentally failing and feeling bad about it, cut yourself some slack and occasionally enjoy a cheat food. My cheat food is pizza - I try to avoid it most of the time, but I'll indulge in a tasty sausage and bacon thin crust every now and then! This way you can satisfy a craving, without feeling guilty about it. You can even schedule cheats as a reward, giving yourself something tasty when you meet a diet or exercise goal. As long as you maintain the diet the rest of the time, it shouldn't have a big impact on your results. 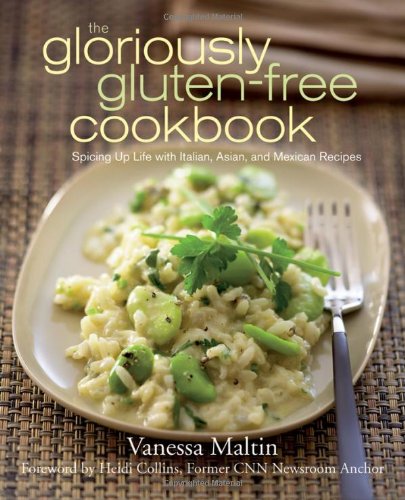 Get Started!Cutting wheat from your diet may help you lose weight, and have other health benefits as well. While it's challenging, it can definitely be done! Every positive change makes a difference, no matter how small, so get started today!