Ken Muise is an active-duty service member currently serving in Honolulu, Hawaii.  He is accompanied by his family and is close to retirement.   Visit him at his personal blog, ContentKen where he talks about content creation and making money by writing online.
InfoBarrel is a writing platform for non-fiction, reference-based, informative content. Opinions expressed by InfoBarrel writers are their own.
InfoBarrel > Travel & Places > Places > United States

Getting Used to Hawaiian Living: An East Coaster's View

When I got my orders to move to Hawaii (Honolulu) a year ago people couldn’t stop telling me how lucky I was to be getting a job “in paradise”.  That was most people.

Then there were the others.  I was warned, I’ll admit it.

People who spent substantial time on the islands and who knew me and where I was from started telling me that I would need to get used to it.  One person actually told me:  “People like you don’t always do well in Hawaii.”

I quickly came to understand what that actually meant.

I’m from the northeast. Massachusetts, to be exact.  That’s right, a “Masshole”.

Life in Hawaii is not how I’m used to living.  The people’s attitudes are not the kind that I’m used to.  Menus are different.  Pace is slow.  Everyone is laid back.  Traffic is surprisingly and maddeningly as bad (but somehow so much worse) than the northeast.

Top 10 Things That May Surprise You About Living in Hawaii

Hawaii does not run on Dunkin’

Say what you want about this being my number 1 shocker, but this was one of the largest culture shocks for me.  Oahu is littered with Starbucks but not my beloved Dunkin Donuts.  This does, however, go in-hand with the island culture.  Starbucks is a more chill, sit down and surf the internet in your sandals type of place. Dunkin’ is a run in, get coffee and get out type of joint.

In Massachusetts, there is a Dunkin’ on every corner.

Not so on Oahu.

When I tried to locate a Dunkin’ Donuts on Google I could find only one search result which was about 25 miles from where I was living.  Living on Oahu and around Honolulu, I quickly realized that 25 miles could easily be a 45 minute drive if traffic is good.  (But there IS the "20 minute lie" which we'll talk about in a few minutes.)

White rice is served with everything.

It’s on the regular McDonald’s menu.

When you order breakfast (anywhere) you’ll be asked, “White rice or hash browns?”

I don’t mind white rice.  I really don’t.  I understand it’s been an island staple forever.  I understand that it is abundant on the Hawaiian Islands.  And, yes, I am aware of the large Asian influence on the island and the Polynesian natives.  I got it.  But…

Rice with my eggs and bacon?

Getting used to it, but still not ordering it.

The Cost of Living.  It’s High…and Going Up!

Again, people told me.  They warned me about it all.  What did I say to myself?  “Well, the Army gives me a Cost of Living Allowance (COLA) so I’ll be okay.”

Oh, what a fool I was.  I thought the cost of living in Massachusetts was high.  OMG!

Honolulu gas prices around the $4 per gallon range.

Entrees at Ruby Tuesdays and the Macaroni Grille in the $20 to $25 range.

Yeah, if you’re moving to Hawaii, get used to the higher cost of living and decide before hand if you can handle the change.  A COLA tool can be used to compare the living costs in one area to antoher.

It’s Hard to Explain How Nice the Weather Actually Is

I don’t want to give anyone the impression that all the surprises about living in Hawaii were negative.  The weather on Oahu is almost too good to be true.  Average temperatures are around 80 degrees.  When it rains (“winter weather”), then the temperature can drop to 77 during the day.  At night, it might slip to 72.

99.9% of the time, though, you’re going to get summer temps of 80 to 82 degrees with low humidity and a gentle breeze that doesn’t cool but refreshes the air around you.

I still don’t know how to put it in words to do it justice without trying to sound overly poetic.  Being from Massachusetts you can imagine how much of a treat this really is.

When I landed at the airport and walked outside, I expected ocean water, surfers, a luau and people walking around half naked.  What I actually got was Honolulu International Airport (mostly still stuck in the early 80’s, by the way) and normal people with a normal airport.

We stayed in Honolulu, very near the airport, because Waikiki and some really good attractions are “only about 20 minutes away.”  (See my next bullet point).  Our hotel was surrounded not by the beach and nice things but by the interstate.  And when I say surrounded, I mean it.  H1 (the east to west main interstate here) really does wrap itself around Honolulu like a coiled snake with cars zipping by that sound like a mean, giant hiss.

It doesn’t matter where you are.  If you ask for directions and ask people how long it will take to get to anywhere on Oahu from Honolulu then people will tell you “about 20 minutes”.   At first I thought it was only people who have lived on Hawaii for their whole lives or for too long.   That’s not true, though.

Even Google lies!  Every location that I put into the navigation gives me an estimated driving time of about 12 to 24 minutes.  The time has, in reality, never been less than double the times that Google or people tell me.

Don’t trust the “20 minute lie”.  Don’t trust Google.   And if there is traffic…start crying and just let it out.

Living in Hawaii has a Psychological Toll

This is one that is sure to be underestimated by a lot of people.  You figure you’re in paradise so absolutely nothing can be bad about living in Hawaii.

It’s small.  It’s packed.  There is seemingly no escape sometimes.

If you’re used to being able to jump on other interstates and drive for days, then you’re in for a rude awakening.  It takes “about 20 minutes” to get everywhere, remember. After a couple of months you’ll soon start to realize that you really ARE on an Island and instead of paradise you may soon start to feel like it’s Alcatraz, instead. 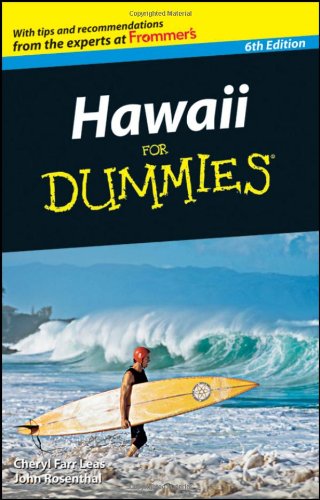