Books and recipes for those of us who must live the gluten-free life. Frances Spiegel also reviews art books, art galleries and museums. She is the author of numerous travel articles exploring Europe and Canada, and is the author of Ride the Rocket - Toronto Enabled, a humorous autobiographical guide to Toronto. I write for many sites but Infobarrel is the best. If you'd like to join me sign up here.
InfoBarrel is a writing platform for non-fiction, reference-based, informative content. Opinions expressed by InfoBarrel writers are their own.
InfoBarrel > Lifestyle > Food & Drink > Cooking & Mixology > Foods

Pumpkins are healthy and delicious, low in fat and sodium, rich in potassium and vitamin A. Because pumpkins are harvested in the autumn they tend to be associated with Thanksgiving and Halloween, but with the wonders of modern transport they can be enjoyed throughout the year.

Pumpkins are healthy and delicious, low in fat and sodium, rich in potassium and vitamin A. Because pumpkins are harvested in the autumn they tend to be associated with Thanksgiving and Halloween, but with the wonders of modern transport they can be enjoyed throughout the year. This recipe makes six portions of rich, creamy pumpkin soup.

Pumpkins at Halloween and Thanksgiving

Because pumpkins are ready to harvest in autumn they tend to be associated with Thanksgiving and Halloween, but are eaten all year round in many parts of the world

Pumpkins are part of the Cucurbitaceae family which includes melons, squash, cucumbers and gourds. A very large pumpkin can weigh in at more than 90 pounds. Pumpkins are actually a fruit, rather than a vegetable. The healthy flesh is low in fat and sodium, rich in potassium and vitamin A, and has no cholesterol. There are a number of different types of pumpkin, each with a slightly different flavour, basically similar to sweet potato.

The main differences are in the thickness of the skin and its colour. Some have very thin skins which are easier to remove. Pumpkins with thinner rinds are easier to cut.

Generally, the larger the pumpkin the tougher the skin. They will still be edible, but larger pumpkins tend to have tougher flesh and far less flavour. For cooking purposes it is best to look for pumpkins grown specifically for eating. However, larger pumpkins will make a reasonable pie or soup and all types can be used in both sweet and savoury dishes. 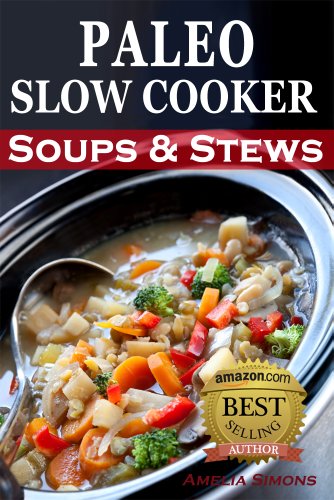 Serve immediately or freeze when cold.

To serve: pour into warm soup bowls and garnish with a large spoonful of crème fraiche and chopped herbs.

This soup freezes well. If freezing, do not add the crème fraiche until you're ready to serve. Defrost thoroughly, reheat gently.

I forgot the buy the fresh herbs for the garnish so they are not shown in this image.

Gluten-Free Information and Recipes on Infobarrel

If you need to stick to a gluten-free diet, or are just interested in gluten-free food, these recipes may also be of interest: 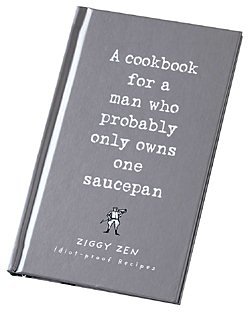 A Cookbook for a Man Who Probably Only Owns One Saucepan: Idiotproof RecipesAmazon Price: $5.95 $2.99 Buy Now(price as of Dec 5, 2013)
I live in hope that my husband will learn to cook. We do have more than one saucepan but I don't think he even knows where to find them!