Books and recipes for those of us who must live the gluten-free life. Frances Spiegel also reviews art books, art galleries and museums. She is the author of numerous travel articles exploring Europe and Canada, and is the author of Ride the Rocket - Toronto Enabled, a humorous autobiographical guide to Toronto. I write for many sites but Infobarrel is the best. If you'd like to join me sign up here.
InfoBarrel is a writing platform for non-fiction, reference-based, informative content. Opinions expressed by InfoBarrel writers are their own.
InfoBarrel > Lifestyle > Food & Drink

Gluten is my Bitch - Rants, Recipes, and Ridiculousness for the Gluten-Free - By April Peveteaux

Gluten is my Bitch - Rants, Recipes, and Ridiculousness for the Gluten-Free

With her indomitable sense of humour and uncrushable spirit April Peveteaux shares her journey along the route to celiac diagnosis. The world might have fallen out of her bottom but the diagnosis, when it finally came, was actually a relief – the bottom did not fall out of her world.

Cooking for the Gluten-Free 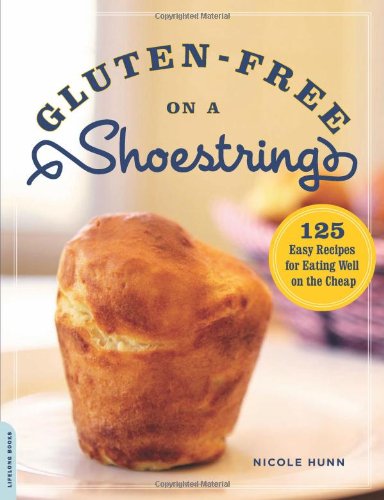 As she describes symptoms that those of us in the gluten-free world know and hate, the bloated stomach, the race to the nearest loo, April Peveteaux reiterates that she is not a doctor. She urges those suffering from any of the long list of possible symptons to consult a medical practitioner for investigation and advice.

Gluten in my Bitch explores a number of themes important to anyone forced to adopt a gluten-free diet, from where to buy gluten-free foods and which restaurants offer gluten-free menus, to how to make the best of travelling overseas or to how to cope with celiac (coeliac in the UK) children. The author looks specifically at how the child and parents cope with the new regime. It's not easy, especially when your child is invited to parties, and the table is groaning with gluten-laden goodies. There is the constant worry that either your child will poison him/herself, or that friends and family will inadvertantly make the child sick.

April also discusses various types of diet, including vegan, paleo and crossfit as well as various international cuisines. As she does so, she highlights both the obvious, and not so obvious, pitfalls. Her visit to Paris will strike a chord with anyone who has attempted to obtain gluten-free foods, to find restaurants with suitable menus in a foreign country where they don't speak the lingo. A real recipe for disaster.

As she tells her story, describing some of her own symptons, and not everyone's are the same, April says on page 18, ″this is a crappy situation″ and of course sufferers will say she's right, both physically and metaphorically. She also says ″it's absolutely no problem to go gluten-free as long as the whole world does it too″ (p.19). 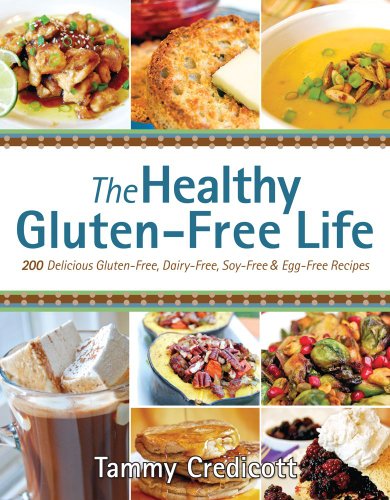 But seriously, this is no joke. The author describes how it can take up to ten years or longer to get a diagnosis, and many of us never do. So she urges us to make the best of it, to 'dive into the gluten-free pool of deliciousness' (p.29).

Recipes Without the Bitch

Gluten is my Bitch is interspersed with delicious tried and tested recipes sure to be a hit with any member of the family. You don't have to be gluten-free to enjoy them.

Recipes are presented with clear instructions, using easily obtained ingredients. Recipe pages can be spotted instantly because the pages on which they are printed are pale blue and stand out from the rest of the publication.

April Peveteaux provides a humourous assessment of what, for many of us, can be a difficult lifestyle change. Gluten is my Bitch is guaranteed to inspire anyone adopting a gluten-free regime – a good read with tasty pages – yep - paper's gluten free, I think!