Are you having a hard time choosing a good fantasy book for a teen, and find yourself surrounded with options? My stepmother works at the local library and was always bringing me books that other teens were frequently checking out. Many of these were the popular ones we are all familiar with: Lord of The Rings, Harry Potter, Chronicles of Narnia and Artemis Fowl. After I devoured these series, however, I needed more. I loved magic, fantasy, adventure and I wanted to feel a strong connection with the characters I was reading about. So she brought home the following fantasy books, and I've been crazy about them ever since. For some reason the series I loved most were trilogies. That is why I have five different trilogies I know any teen would love. They are all fantasy, and have wonderful storylines with strong character development. The first three are not as mainstream as the last two, so I put them at the top. It’s always more fun to be the first to read a great series, and convince your friends to join you. So without further adieu, I present my all time, librarian-approved, five favorite fantasy trilogies!

#1) The Abhorsen Trilogy by Garth Nix

This is a series with a dark magic theme, and a strong leading role assumed by female characters. Without giving too much away, I will say that there are necromancers, honorable mages, demons and battles that take place between the life and death realms. A number of interesting foes and allies appear throughout the work, each with their own interesting stories that could be turned into a novel by themselves.  If you end up reading these three, and just can’t stop, there are a few companion novellas and short stories that can keep the magic alive. The Creature in the Case is one such option. Another that I am excited for, which hasn’t come out yet but should in less than a month, is the prequel. This work is called Clariel: The Lost Abhorsen and will be distributed October 5, 2014. Hopefully by the time you read the first three, it’ll be ready. The order of the trilogy proceeds as follows:

#2) The Bartimaeus Trilogy by Jonathon Stroud

This is an upbeat, often comical series, with magicians and the Djinnis (Genies) they summon. Chock full of adventure, with an intriguing back history, it fancifully changes the perception we have on Djinnis and our own world history. The trilogy begins with a young boy who summons his first magical entity, Bartimaeus, and the struggles he has afterwards with keeping up a relationship with him. If you are interested in more, there is a prequel available called The Ring of Solomon. The series is mostly from the perspective of the Djinni Bartimaeus in each of the following three books:

#3) The Riddle-Master Trilogy by Patricia McKillip

Sometimes I think a book’s title can be misleading, and results in fewer people reading it because they get a different impression of what the book is actually about. I find this to be true for the Riddle-Master Trilogy. This is not a series about a bunch of riddles or people asking silly questions. The protagonists life calling may be the riddle, and there are people who ask and answer riddles, but these are hardly focal points of the books. There is a strong plot development, with shapeshifters, witches, magical land rules, searching lovers, betrayal and revenge. The way the author describes magic and how it is used was fun and interesting in and of itself. The series should be read in the following order:

#4) Dragonriders of Pern by Anne McCaffrey

I remember reading an excerpt from Dragonflight that was only two paragraphs long, and how I was hooked after just that small bit. Everyone loves telepathic dragons, and any teen can imagine themselves getting their own dragon for their personal quests. These stories cover personal growth, overcoming bullies, and building teams and allies with a courageous spirit. You may start to feel like you are reading the mind of the protagonists dragon because these novels allow for such suspension of disbelief. There is another trilogy if you’re hungry for more companion novels. It is called the Harper Hall Trilogy. It follows the history of the original trilogy but often takes place at different locations with new characters. The original three were intended to be read in the following order:

#5) His Dark Materials by Phillip Pullman

This is a magical series where humans have deamons, a spirit that is bonded to each person. It follows the tale of Lyra, a young girl who, while looking for her father, ends up finding her life purpose. She meets a great crew of people, including her counterpart in the second two novels, a young boy in a parallel universe named Will. There are witches, armored bears, gypsies, and big themes ranging from theology to physics. The following books comprise His Dark Materials:

If you have any doubts about these works, just check out the first in each series. If that doesn’t get you hooked, then maybe fantasy isn’t your thing. They all develop a lexicon suited specifically for the novel, which can make it tough to start into. If you stick with it though, the vocabulary will become clear and it adds a stylistic depth to each read. I hope you enjoy my recommendations, and if you do, don’t be afraid to share them!

For your convenience I have included links to the books below. There you can find more info, reviews, and purchase them if you wish. 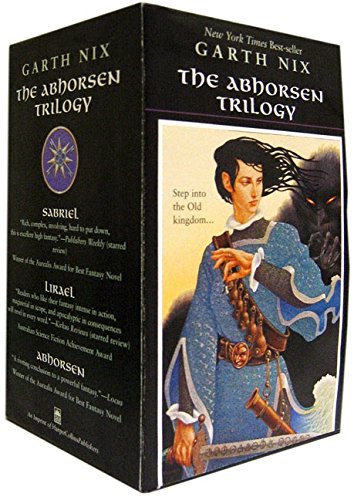 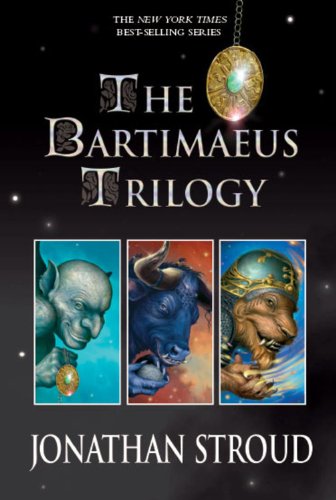 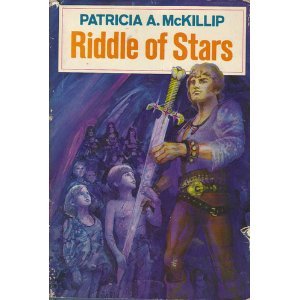 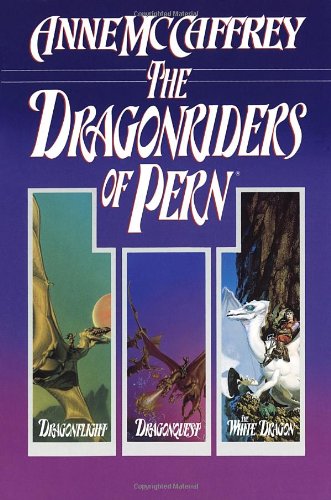 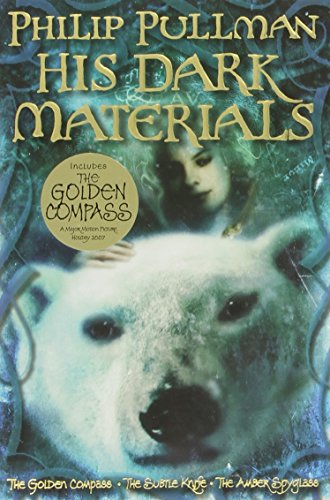