130 Good Horror Movies Every Fan Has To See

More than 100 of the world's best horror flicks

If you ask people on the street for some suggestions of a great horror movie, odds are you'd get a wide range of answers. You’d get everything from the scariest slasher film to horror comedies and even b-rated horror movies that barely classify for the genre.

Because we all have a different capacity for being scared and our own unique reasons for watching horror films, we of course have varying tolerances for gore and suspenseful movies[2].  Storytelling is an art form and the best stories share a hero, his struggles, and the ultimate victory of the hero over the villain.

Great horror movies drag out the suspense until the end[1], sometimes never concluding with victory.  The most successful horror franchises are masterful at drawing the suspense to the next movie, where the hero will finally be able to overcome the villain.  Maybe.

Let's get started, shall we?

1- Dawn Of The Dead (1978): This is one of Romero’s best zombie films, and although it is a little over the top in places, it is fantastic to watch.2- The Silence of the Lambs (1991): One of the scariest crime-solving films ever made.3- Hellraiser (1987): Even though Cenobite appearances are limited, they really do steal the show.4- Poltergeist (1982): Still scary after all these years.5- Suspiria (1977): A really visually stimulating film, so be sure to watch the entire movie.6- The Texas Chainsaw Massacre (1974): Part of what makes this film scary is the gritty and raw style in which it was made.7- Psycho (1960): Killing off a star in the first few minutes took guts back then.8- Nosferatu (1922): The creepy performance of Max Shreck playing Count Orlok is what makes this horror movie so good.9- Gremlins (1984): One of only a few really good scary movies that take place during the holidays.10- An American Werewolf in London (1981): An excellent balance of humor and horror.

11- Rosemary’s Baby (1968): A film that is just as scary today as it was when first released.12- Audition (1999): An excellent Japanese horror film that you shouldn’t watch all the way through if you have a weak stomach.13- Misery (1990): I bet a lot of writers found this movie very frightening.14- Night Of The Living Dead (1968): The movie that changed the zombie genre.15- Fright Night (1985): A vampire flick with a little comedy mixed in with a lot of scares.16- Cast A Deadly Spell (1991): If you find detectives, horror and magic interesting, this one could be for you.17- Halloween (1978): The film that gave a face to the holiday.18- Freaks (1932): This film used a cast largely made up of actual circus performers.19- The Thing (1982): It’s very hard to pull off a good cold weather horror film successfully and this one knocks it out of the park.20- High Tension (2003): A well made film that makes the slasher genre even better. 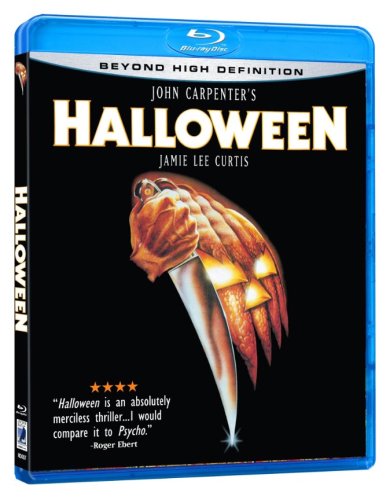 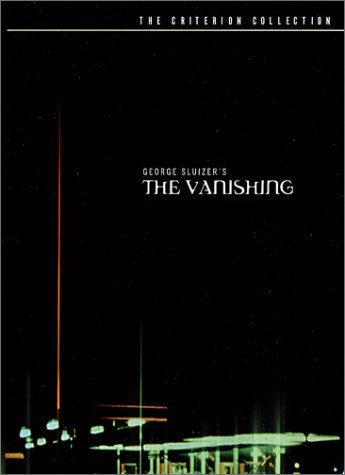 41- Puppet Master (1989): You’ll fall in love with the puppets despite the gore.42- Friday the 13th Part III (1982): The quintessential slasher horror movie in which Jason first puts on the hockey mask.43- The Sixth Sense (1999): If only his other movies were as good as this one.44- Jeepers Creepers II (2003): One of the few cases where the sequel is better than the original.45- Day Of The Dead (1985): I would have loved to see this film if Romero was able to do it with the budget he had wanted.46- Queen Of The Damned (2002): I reluctantly saw this film despite seeing the awful prequel and was pleasantly surprised.47- Hostel (2005): Lots and lots of torture.48- The Last House on the Left (1972): A controversial 70’s horror movie that has gained a huge cult following.49- Ringu (1998): The superior Japanese horror film that inspired the American version.50- Stuck (2008): A ridiculous, over-the-top and largely unknown horror gem. 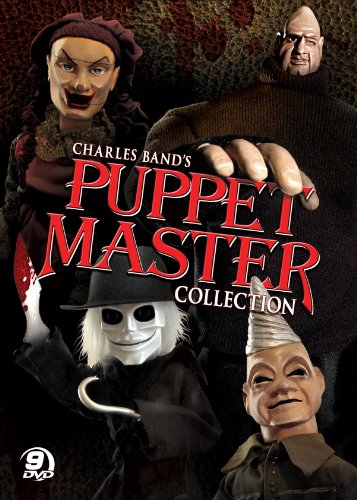 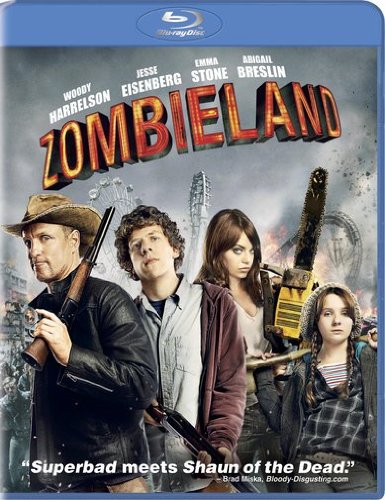 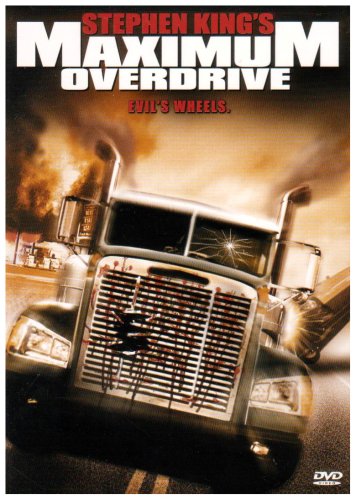 101- The Stand (1994): This one is actually a TV mini-series based upon the book by Stephen King. It’s a long one, but well worth watching.102- Bordello of Blood (1996): Dennis Miller versus vampires! Who could ask for more?103- Highway to Hell (1991): A determined boyfriend goes after his soul mate after she is taken into the underworld. Simple plot; entertaining story.104- Witchboard (1986): I’ve always been warned not to use a Ouija board and after seeing this film, I heeded the advice.105- Nightbreed (1990): A fun film about discovering your inner monster.106- Feast (2005): A successful movie brought to you by the Project Greenlight TV show.107- Tales from the Crypt: Demon Knight (1995): A successful first attempt at adapting some of the comic book stories into something other than a TV show.108- The Craft (1996): If you’re into strong, sexy witches, then you’ll like this one.109- The Others (2001): A ghost story that had an ending that completely surprised me.110- Jacob’s Ladder (1990): There are a lot of layers to this creepy film. Be sure to watch it more than once.

111- Flatliners (1990): Purposely killing yourself and having friends shock you back to life – great concept.112- Carrie (1976): High school is tough and Carrie has had enough.113- Cujo (1983): It’s always scary when that beloved pet tries to kill you.114- Tremors (1990): Not really sure how to classify this one. It’s not really a straight up horror film or a sci-fi movie. Why don’t you watch it and try to decide.115- American Psycho (2000): I had to watch this one a few times before I actually decided that I liked it.116- Black Sunday (1960): There is a rumor that this film is one of Tim Burton’s favorites. You should know if you like it by watching the first few minutes.117- Silver Bullet (1985): This werewolf film doesn’t get that much exposure despite it being one of the better ones out there.118- Alien (1979): I’ve finally broken down and included this one, even though I think its sequel is much better and more of a sci-fi film.119- Pumpkinhead (1988): Calling forth monsters to seek revenge is always a good time.120- Bubba Ho-Tep (2002): Two nursing home residents decide to do battle against an ancient Egyptian mummy. Did I mention that the residents were Elvis and JFK? 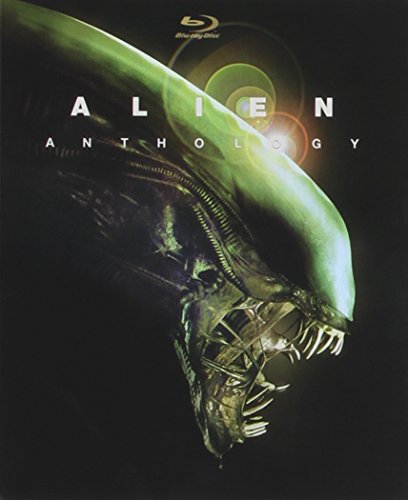 121- The Curse of Frankenstein (1957): Peter Cushing’s performance of Frankenstein really makes this picture great.122- The Lost Boys (1987): Punk-rock vampires. Nuff said.123- Hatchet (2006): If you’re a horror fan, you’ve probably seen all of this before, but it give you what most fans of the genre want – blood and boobs.124- The Entity (1982): A controversial film about a woman having to fight off unwanted advances from a ghost.125- Dawn of the Dead (2004): I am reluctant to put re-makes in this list, but this is one zombie movie that deserves to be on here. This one could have stood on its own even without that title. 126- Pet Sematary (1989): One of Stephen King's best movies.  Sometimes dead is better.127- Cabin Fever (2002): Just another horror movie about a flesh-eating virus and a bunch of kids having a good time.128- Angel Heart (1987): A private detective finds more truth than he bargained for. If you liked Jacobs Ladder, you’ll like this one.129- Frailty (2001): It’s always disturbing to find out that cold-blooded killers feel that they are justified in doing what they do and even more disturbing when they are.130- The Changeling (1980): A much underrated haunted house movie that will have you sleeping with a nightlight.

The horror genre is perhaps one of the most viewed categories in film due to the fact that they are fairly cheap to make and they touch a base emotion of fear in every single person. Because of this there are literally hundreds of good scary movies on the market, but probably double that amount of bad ones. I hope this list has helped you discover a few gems among the coal.

Bad Horror Movies You Have To See To Believe

Some of the Funniest Pranks Ever