Psychological animes are basically anime for people that dislike the blood and gore of horror anime but love the thrills. If you love a good though provoking romp with more meaning hidden in the cracks rather than outright romance  or gore, then these anime series are some good options to check out.

It's this genre that really campaigns against the preconceived notion that anime is the stuff of kids. The psychological genre is one of the genres that proves that the cuter that little big eyed colorful girl is, the more evil and blood terrifying she can become when pushed enough.

I have also provided recommendations for psychological manga as well, most of which have very decent animes as well. However, for the sake of variety, I have left them off this particular list. Yet this is just the tip of the iceberg in terms of anime recommendations.

Madoka Kaname has a relatively normal life. She has a family who loves her and is surrounded by friends who care. She laughs, she cries, she is by all means a well adjusted normal person. However, one day she has an magical encounter. Whether it is by chance are by fate, she sets down the path of becoming a magical girl. A magical girl are those who trade their humanity for one wish and are imbued with special powers to fight the dark force of witches.

Madoka Magica is one of those animes that can put people off at first glance. When it first came out, people raved about it yet I stayed away. I felt it was just another one of those animes with cute little girls that has made anime carry the title of "childish" for so long. Oh, man how wrong I was about it. Madoka Magica is probably one of the deepest anime with the richest story I have ever seen crammed into a twelve episode series. It is more than just cut little girls in pretty costumes, much more. It has emotionally painful deaths and darn heart wrenching moments of friendship. It also deals heavily with fate and how that plays out via time travel. This is one of those animes that I really heavily recommend to anime genre of anime fan, you will definitely not be disappointed by it. 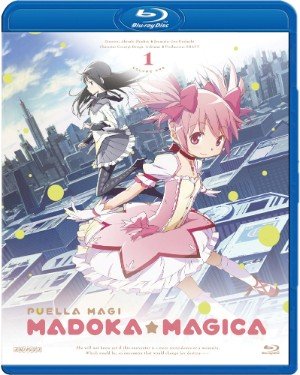 Makoto Ito is your average Japanese school boy. He's reasonable apathetic towards the world, however on his daily train ride to and from school he becomes enamored with a girl who rides the same train, Kotonoha Katsura. When his new acquaintance Sekai Saionji discovers his crush, she helps introduce them. This leads to to them dating. While Sekai feels proud of her matchmaking efforts, she inadvertently becomes jealous in the couple when she realizes how in love with Makoto she is.

School Days is one crafty little trickster of a psychological anime. It starts off as first a really basic romantic slice of life anime, thus the name School Days, nothing really spectacular about it. However it takes your average drama of a teenage love triangle and kind of beats it with a bat until it get mean and feral. It takes your average school drama and makes it extreme. You slowly watch the characters that lived up to their happy and perky exterior design slowly slip into the darker bit of human emotion that culminates in an ending that is one of the most shocking endings to an anime I have ever seen. It ranks right up there with the shock one gets from the ending of the Berserk anime.

Gankutsuou tells the story of Albert Morcerf who is a young aristocrat who befriends the exceedingly charming Count of Monte Cristo through a series of bizarre events. Taken in by the charm of the Count, Albert invites him to meet his friends and family who are members of the upper class society of Paris, France. Unfortunately for Albert and his friends, the Count had some ulterior motives to meeting Albert.

If you couldn't guess, Gankutsuou is loosely based around the book The Count of Monte Cristo by Alexander Dumas. Being a fan of old things, especially old literature, I was titillated to see this one. Gankutsuou takes place far in the future in the year 5053, showing that the trends of time (i.e. aristocracy) are indeed cyclical. While Gankutsuou does adapt the basic premise of the book, it takes a lot of liberties with the story other than just placing it in the future. Through the use of mind bending artwork and intrigue, the plot of revenge is carried out in some very crafty and entertaining ways. 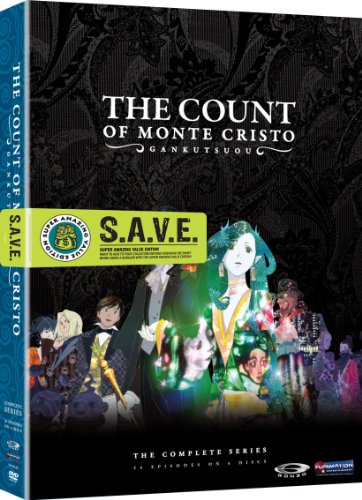 An elementary school kid dubbed with the title "shounen bat" or "lil slugger" has been going around attacking people with his bent, golden bat. Now, two detectives are investigating so they can stop this kid from making any more attacks, but they will find out soon enough... that this case is much more than they expected.

Satoshi Kon (may he rest in peace) was an absolute master of psychological thrillers. You could find a list of his works and it would be a list of psychological animes within itself. I was perfectly tempted to put Perfect Blue on this list, as it is the Queen of his psychological repertoire. However, I felt I should stick to actual anime "series" (Perfect Blue is a movie) and Satoshi Kon only made one anime series. Paranoia Agent, which is a perfectly good psychological romp. It dives head first into the minds of many of the characters introduced in the series, since it has an overall story, but does go into a few side stories. A major theme of this show may or may not be the product of someone's mind who gained life through the media, as well. 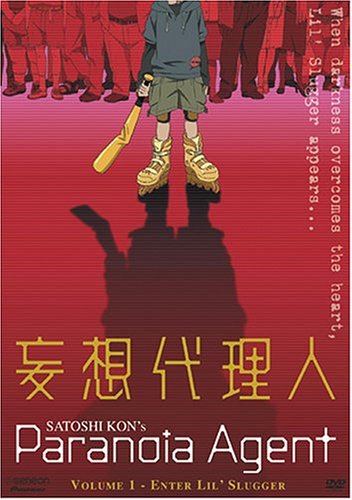 In 1955, seven delinquent teenagers are rounded up from the streets of Japan for being troublesome. they are put in a reformatory, which is just a fancy way of saying prison, where they much learn to deal with the daily dose of humiliation and abuse that they endure. Luckily, when they are placed in there, they are cared for by a man that has found a way to deal with the pain. In the darkness, they wait for a ray of sunshine and hope in their dark world. Rainbow follows the stories of these young men during their stay in the Reformatory and how they move on after it.

Unlike the other psychological animes on this list that deal with the depth of human emotions with little physical abuse, Rainbow is pretty much all hardcore physical and emotional abuse. The first episode starts with each of the boys enduring a humiliating rectal exam. Nothing is shown really, but if off screen sodomy bothers you, you might want to move on. After that, the series follows each boy metaphorically getting kicked in the gonads by life. Eventually, they stop trying to fight each other and bond in a way that helps them survive the horrible nightmare of that "school".