When Grand Theft Auto hit the market on the Playstation 1 in 1997, very few people were prepared for the massive amount of success that it was to have. The graphics were basic, but there wasn’t anything else that came close to the innovative game play at that time. It soon became apparent that inside every gamer there was a degenerate criminal trying to get out. No previous games had allowed players to break the law to such a massive degree, and in a huge city that never slept, nobody was safe.

The title left little to the imagination when it came to the main theme of the game. Your character used carjacking to get around town, as he went from mission to mission. Everybody that moved was fair game on the mean streets too. If somebody got in your way, they either got run down, gunned down, or, in very few cases, mercifully left to continue on their way. It was creative carnage on a level that nobody had experienced before.

Unlike other games, your aim was to gain points and win the levels by committing a multitude of different crimes. You could work for gangs, steal cars, or just go rogue until your multiplier got your points total skyrocketing. That, mixed with hidden bonuses like the rampage missions, gave us all a way to vent off the stresses of the day on innocent computer generated citizens. The world of adult gaming had changed forever.

It was the little things that made Grand Theft Auto 1 so much better than anything else that was available at the time. One of the main things that set it apart was the soundtrack. The game had different radio stations that were played when you got into cars. They added an authenticity, and they gave us more to enjoy in our peripheral senses as we got on with the missions. The soundtrack was short by today’s standards, but at the time, there was nothing like it. When DMA Design, who subsequently became Rockstar Games, later released the soundtrack on CD, many people found themselves playing it in its own right. Until then, computer game soundtracks had never had such an impact.

Another key to GTA’s success was the playability factor. Because the idea was to hit a certain number of points in order to complete the level, and the fact that the player had a whole city in which to terrorize the population, gamers found that every time they turned on the PS1 they would end up getting their points in a different way. Little side quests, and hidden bonuses meant that they were always looking for the next feature. Things like hidden missions and Easter Eggs have always been great for holding the interest of players, and GTA was choc-a-block full of them.

At a time when most people who didn’t play computer games still held the opinion that they were for children, DMA Design produced a product that couldn’t have been more adult orientated. It was full of bad language and adult references. It meant that gamers who had grown up with consoles got to keep the feeling that they had not been forgotten in favor of the newer breed of young customers. As gamers aged so too did the developers and because those developers were gamers too, they made games for people like themselves. Grand Theft Auto was a glaring example of that gaming evolution.

The game still holds up today in terms of game play. The graphics were dated when it came out, so seeing the little pixels on today’s high definition TV screens could cause concern amongst the younger generation, but if any of the fans of the GTA series have never played the original, then they are missing out. If you care for the series and you have an interest in the heritage of one of the greatest game franchises of all time, then make it your mission to experience it. Buy a cheap PS1, buy a copy of the game, and enjoy.  If there were a list of games to play before you die then GTA 1 would be on it.

Whether the more learned members of society like it or not, computer games are now a massive part of our culture, and as we look back at pivotal moments in gaming history, Grand Theft Auto stands out as a trailblazing masterpiece of the 1990s. The legacy lives on today and it is still going strong, not just in the subsequent incarnations of the franchise, but in the myriad of spin-offs that it has created. 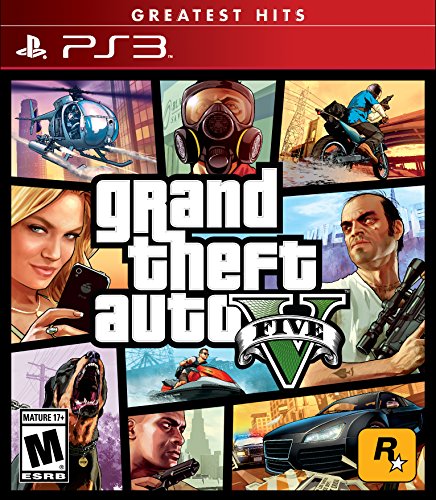