‘Flamboyant’ is probably the best word to describe the Hackney. He is elegance personified moving round the show ring at great speed with the head high, hocks flexed under and knees nearly hitting his chin. Exuberance and a fiery, spirited manner are required of a show hackney.

The main breeds behind the Hackney are the Norfolk Roadster (or Trotter) and the Yorkshire Trotter. These horses, crossed back to the Thoroughbred, produced animals with speed, endurance and brilliant action. Often recognised as the first hackney was an animal known as Shale’s Horse which was foaled in 1760. Over the next half century, a distinct breed of horse was established. 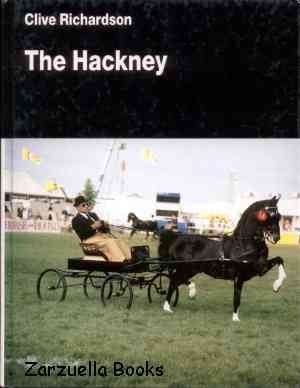 The Hackney (Allen Breed)Amazon Price: $34.42 Buy Now(price as of Oct 3, 2013)
The Hackney is considered to be the world's most spectacular harness horse. This volume details the history and heritage of the breed.

Improvements in the roads in the mid 1800s were an incentive to breed ever faster carriage horses. Automobiles were barely on the horizon and a golden age of driving was at hand. The Hackney Stud Book Society was founded in 1883 and the first Hackney pony was exported to America in 1878. The American Hackney Horse Society was then established in 1891. Great numbers of hackneys of all sizes were exported to America until the Depression took hold. By the 1930s extinction was staring the hackney in the face but a few dedicated breeders continued to breed these captivating horses and numbers are slowly climbing.

Originally the action was not so high. His fame was in his endurance and ability to trot long distances at a good speed. The extreme action was developed during the second half of the 19th century.

Christopher Wilson of Westmoreland is credited with having a good deal of influence in developing the hackney. His bred his Norfolk Roadster/Yorkshire Trotter stallion to Fell pony mares. The offspring were then interbred to fix the type. It is believed that the Welsh pony also had some influence in the breed.

These so-called Wilson ponies were tough and spent their winters on the fells with little or no outside attention. The ponies were popular with tradesmen as they had good legs, were speedy and honest and had great stamina. They also looked a picture and were a good advertisement for their owner. 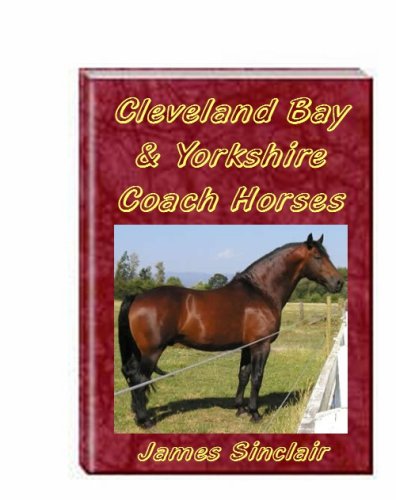 Cleveland Bay and Yorkshire Coach HorsesAmazon Price: $2.25 Buy Now(price as of Oct 3, 2013)
This is a fascinating book about the horses that were once indispensable to farmers, tradesmen and industry.

Hackney ponies generally range from 12.2hh to 14hh. They have true pony characteristics and character. The head is small with pricked ears. The eyes are large and intelligent. The neck is arched and powerful. They are light-framed although the body is compact and deep-chested. The shoulders are rather straight and the wither is low. While the bone may be fine, the pony must have good joints and very hard feet. The hooves are usually allowed to grow long in the toe as this accentuates the action. The knees are lifted high then flung forward with a rounded action. The hocks flex right up under the belly giving sufficient impulsion to get the weight off the forehand and allowing the forelegs to display their brilliant action. The tail is always ‘set’ when showing.

Black, brown and bay are most common with chestnut being more rare. White markings are permissible.

To get the brilliance and exuberance required has resulted in an equine that may be too highly strung for inexperienced owners. But what a dream to aspire to!