The Dales pony is one of the ‘large’ members of Britain’s mountain and moorland pony breeds. The other large breeds are the Connemara, Welsh Cob Section C and Welsh Cob Section D,  Fell, Highland, and New Forest.

The Dales is endemic to the upper dales of north east England, specifically the eastern slopes of the Pennine range in North Yorkshire, Northumberland and Durham. The Fell pony, often mentioned in the same breath as the Dales, comes from the other side of the Pennines, from the Lakeland area south of the Scottish border.

From Roman times till the mid-nineteenth century, a lead mining industry in the area utilised the strength and agility of the Dales to carry various products needed for the production of lead. Coal or wood was needed as fuel for the smelters, the ore needed to be transported to the smelting area and the pigs of lead carried to the ports on the north-east coast. The ponies travelled in loose groups of 9 to 20, in the charge of a mounted man. 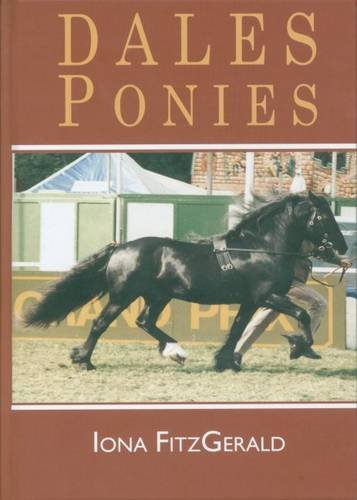 Dales PoniesAmazon Price: $34.95 Buy Now(price as of Jul 28, 2013)
The history of the Dales pony is told here. Many of the photographs in the book have not been published before.

Originally the Scotch Galloway was used for pack work with replacements being bred near the mines. Suitable native mares were crossed with the Scotch Galloway and over time selection of the largest, strongest ponies led to the development of the Dales.

The pack ponies were expected to carry heavy weights (240 lbs per pony) at a good speed over some very rough country. Distances of around 100 miles a week or more were covered. Sure-footed and strong, the ponies were (and are) also used on the crofts where their duties might include carrying hay to livestock wintering on the fells, carrying shepherds during the daily rounds of their flocks, pulling traps and ploughs and possibly hunting on his ‘off days’.

During the mid 19th century, dalesmen found much enjoyment in trotting races. As there was no way a farmer could retain a pony specifically for racing, the Dales was used. Infusions of Norfolk Cob and Yorkshire blood added to the Dales speedy, stylish trot. 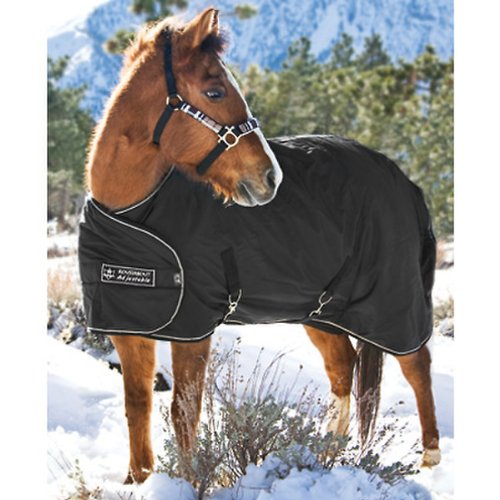 Kensington KPP Yearling/Pony Turnout Blanket, Black, 60-Inch to 68-InchAmazon Price: $139.99 $125.99 Buy Now(price as of Jul 28, 2013)
Made of Ripstop teflon with a quilted lining, these waterproof rugs will keep your pony warm on the coldest days.

Early in the 20th century there was great demand for sturdy horses for use as ‘vanners’ and the army was looking for similar types to use to pull gun carriages. Dales mares were being crossed with Clydesdales and the purity of the Dales was being threatened by these factors. The Dales Pony Improvement Society was formed in 1916 to ensure the preservation of the breed.

Conformation The Dales is very hardy and is a ‘good doer’, thriving on meagre rations. Ideally, they are 14hh to 14.2hh and are generally black. Brown, grey and bay are also found and occasionally roan. The only white markings allowed are a star and/or snip and white on the hind fetlocks.

Hard, well-shaped feet and legs of dense, flat bone are hallmarks of a good Dales. The head is neat with a flat profile. There should be good breadth between the eyes and a relatively small muzzle. The ears are typically pony-shape. The body is compact with a muscular neck and sloping shoulders. The mane, tail and forelock are long and luxurious and the feather on the legs straight and silky. The chest is broad and the quarters powerful. There should be 8 to 9 inches of flat, flinty bone on the cannons. The pasterns are of good length. Flexible joints allow high knee and hock action. The hocks give great impulsion driving the body forward in a straight and true manner.

Temperament The Dales has a bold temperament and is calm, intelligent and sensible. He has great stamina and determination and does not panic easily. He has an iron constitution and can travel over rough country at a good speed.

Present-day Usage The Dales is a true all-purpose pony, used nowadays on smallholdings for draught work, trekking, endurance rides, cross-country and dressage competitions. They are bold and clever jumpers with a fast walk and eye-catching, rapid trot. They are up to carrying heavyweight riders. With their calm temperament and sure-footedness, they make ideal driving ponies for both pleasure and driving trials. A Dales in full stride at a trot has an arresting presence.

The Dales Pony Society has been re-established and its future now seems more certain. The Rare Breeds Survival Trust has upgraded the status from ‘vulnerable’ to ‘rare’.

The Dales is certainly a worthy member of the mountain and moorland breeds of Great Britain.