The Dartmoor pony is one of the native pony breeds of Great Britain. Collectively these breeds are known as the mountain and moorland pony breeds. Like the Exmoor, it is endemic to the harsh moors of England which afford little shelter and sparse foraging for its native inhabitants.

Credit: http://commons.wikimedia.org/wiki/File:Dartmoor_Pony_in_Snow.jpg Dartmoors are tough and thrifty. They were originally used for general farm work and as pack animals. The riding type of Dartmoor almost disappeared during the Industrial Revolution when there was widespread crossing with Shetlands to produce pit ponies. With judicious crossings with breeds such as the Welsh Mountain and Arab, the riding type was reinstated. 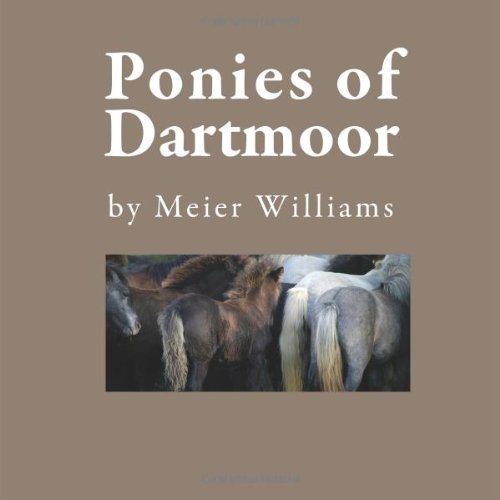 The Stud Book commenced in 1899 but by the Second World War, only 28 ponies were registered. A few dedicated breeders kept the Dartmoor from extinction and a resurgence in the popularity of equestrian activities during the late 1950s saw the establishment of a number of new studs which helped keep this lovely breed going. In 1987, the Dartmoor Pony Society, the National Park Authority and the Duchy of Cornwall introduced a plan to encourage the breeding of true to type ponies capable of surviving and thriving in their natural, challenging environment.

Credit: http://commons.wikimedia.org/wiki/File:Looking_at_you.jpg Today the Dartmoor still has a place on the moor, helping to keep the gorse under control and the tree invasion at bay. The ponies normally run free all year with pony drifts taking place around September/October. Owners mark their own animals in various ways (ear marks, ear tags, cutting the tail), some ponies are sold at annual markets (where it is possible to pick up cheap ponies) and the remainder turned out again.

The Dartmoor grows to a limit of 12.2hh. The only colours excluded from registration are piebald and skewbald. Excessive white is frowned upon. The Dartmoor has a long, sloping shoulder, giving a good length of rein and a comfortable ride. It is not naturally rotund giving a child rider a more balanced, natural position. The head is small and pony-like with an alert, kindly expression. The eyes are large and the ears small. The short cannons have flat, flinty bone and the feet are hard and well-shaped. The body is deep with plenty of heart and chest room. The tail is full and flowing and set well up. The stride is ground-covering and comfortable. 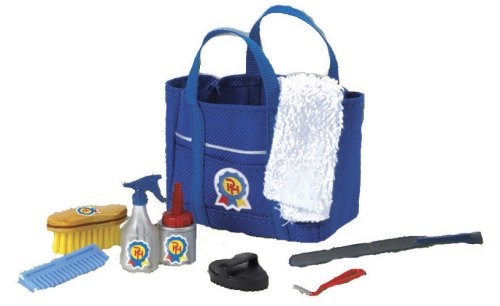 Paradise Horse Grooming Set Amazon Price: $19.99 $17.99 Buy Now(price as of Oct 15, 2015)
For a Christmas present for a horse-mad youngster, consider a grooming set. This kit has all the necessary equipment to tidy up a shaggy pony.

Crossing the Dartmoor with other breeds has seen some very successful outcomes. The British Riding Pony has infusions of Dartmoor. Crosses and second crosses using the thoroughbred and Arab has led to some outstanding performance horses. The Dartmoor has been exported to many countries and is gradually finding a niche as its sterling qualities become apparent. The Dartmoor is popular as a driving pony. It is used extensively in its native area as a pony trekking mount. As they breed true to type, it is not hard to find matching pairs and teams for harness work. It is a bold, careful jumper and has a natural elegance which sees it excel in the show-ring. They are kind and sensible and make ideal children’s ponies. The Rare Breeds Survival Trust has classified the Dartmoor as ‘vulnerable’ but hopefully this will upgraded soon as horse-lovers become aware of the great characteristics of these little ponies.