The Fell pony is one of Britain’s mountain and moorland breeds. His native home lies just south of the Scottish border in the Lakeland area near the Cumbrian hills. The Dales pony, which is quite similar, is bred on the other (eastern) side of the Pennines and is slightly larger and heavier. Although the Fell pony is quite similar to the Friesian, any connection seems to be rather remote and certainly not of any large degree. The Fell, Dales and Friesian all possess a flashy, high stepping trot and cover the ground at a very good rate indeed. The Fell and the Welsh have both had input into the development of the Hackney pony.

The Fell pony evolved in a very harsh environment and this has had an impact on his height and size. The Fell does not exceed 14hh. Black is now the most common colour, but brown, bay and grey ponies are also found. The Fell is strong with a long, flowing mane, tail and forelock. His legs are quite heavily feathered to the knee. White markings are frowned upon although a star or a small amount of white on a hind foot is allowable.

The Fell was bred to carry packs. Many were used to carry iron ore from the mines in the north west of England to the smelting works on the north-east coast. Such was the topography of the area that transportation by teams of pack ponies was the only viable method. Coal, copper, lead, wool, iron ore and slate were all carted on the ponies. On the crofts, he was used for general farmwork and shepherding duties. 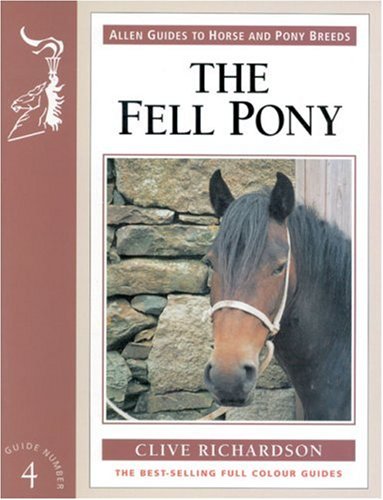 The Fell Pony (Allen Guides to Horse and Pony Breeds) Amazon Price: $24.57 Buy Now(price as of Feb 4, 2016)
The author was a successful exhibitor of Fell ponies before turning his hand to judging and writing.

Once the railways became established, the Fell was no longer needed and hundreds of ponies disappeared, many being sold abroad for slaughter. Luckily a core group survived on the Cumbrian hills. The Fell Pony Society was formed in 1916.

During the 1950s, there was an upsurge in the popularity of pleasure riding. This renewed interest in equestrian activities helped ensure the survival of many of the native breeds.

The head is small with a broad forehead and prominent eyes. There is a good length of rein. The compact body is strong and deep with powerful hindquarters. The feet are hard and open with characteristic blue horn.

The Fell is strong and sure-footed in any terrain. Having existed on sparse rations for centuries, Fells are good doers. When used as a pack animal, he was small enough to make packing easy. Nowadays he is small enough to make mounting easy and strong enough to carry an adult rider, giving them a comfortable ride. He is a genuine all-rounder suitable for many equestrian pursuits. Their docility and sense also makes them a good choice for the Riding for the Disabled movement. 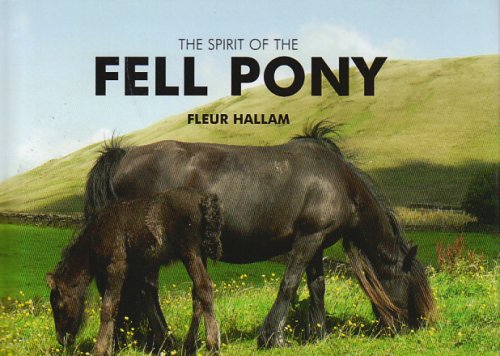 The Spirit of the Fell Pony Amazon Price: $5.23 Buy Now(price as of Feb 4, 2016)
This collection of photographs with descriptive text shows the Fell pony participating in many varied disciplines.

He makes a good driving, trekking or dressage mount. He is a naturally bold and safe jumper. As a harness pony, he is steady and tough. The Fell breeds very true to type so it is relatively easy to find a matching pony for pair or team work. For some years, HRH the Duke of Edinburgh drove a team of Fell ponies in international competitions.

The Fell is classed as one of the 'large' members of Britain’s mountain and moorland breeds. The other large breeds are the Connemara, Welsh Section C,  Dales, Welsh Section D, Highland, and New Forest. The Fell has earned his place in the hearts of many. The Rare Breeds Survival Trust lists the Fell as ‘at risk’ but hopefully this attractive breed will be around for many years to come.