The Kerry Bog pony, like the Eriksay, has only recently been recognised as one of Great Britain’s mountain and moorland ponies. It is smaller and not likely to be mistaken for Ireland’s more widely known Connemara pony. It is one of the 'small' breeds of native ponies. Other small breeds are the Shetland, Exmoor, Dartmoor, Eriskay, Welsh Mountain Section A and Welsh Section B.

By the 1980s, these tough, gentle ponies were down to around 40 in number and looked like disappearing forever.

These ponies had done sterling work for smallholders for centuries, packing peat out of the peat bogs, hauling carts and living on meagre rations. The breed has great strength for its size and excellent conformation. It is very sure-footed and well able to look after itself in the treacherous bog country of Kerry.

A Kerryman, John Mulvihill, had his pony Flashy Fox, tested by Ireland’s leading DNA laboratory. John Flynn of Weatherby’s, confirmed that the pony possessed unique breed markers, as did his sire and several other ponies in the district. This was enough to establish a foundation for the breed. 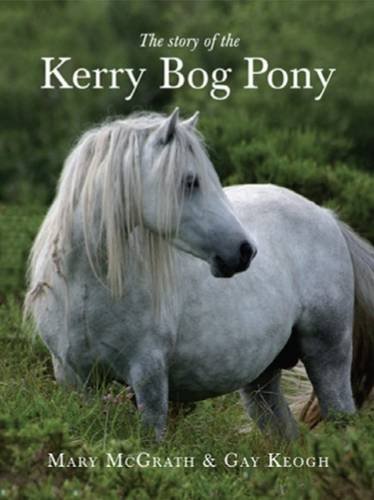 Story of the Kerry Bog Pony Amazon Price: Buy Now(price as of Nov 20, 2015)
An introduction to this rare Irish breed.

The pony ranges from 10 to 12 hands in his native environment. They are generally black, bay, grey or chestnut but dun, roan, broken colours, palomino, white and cremello are also seen. Their winter coat is long and dense enabling them to survive the harsh winter conditions. The head is Welsh-like, of average size with a dished face and small, pointed ears. Large nostrils allow warming of winter air before it reaches the lungs. The jaw is strong and the dentition excellent to cope with grazing on heath and gorse. The ponies are good doers and would live on heather and sphagnum moss on the bogs, grazing on land that was unsuitable for either cattle or sheep.

The body type is more like a Morgan with a strong, medium length neck, muscular, compact body, short back and strong loins. The pony is deep-chested with plenty of heart and lung room and they possess a strength that belies their small stature. The legs are muscular with short cannon bones and short, upright pasterns. The action is straight, balanced and free. The feet are inherently sound and remain so even on the soft conditions of the bogs of Kerry. The mane and tail are profuse adding to the insulation of the pony during harsh weather.

The temperament is kind and sensible. It is well-mannered and confident. 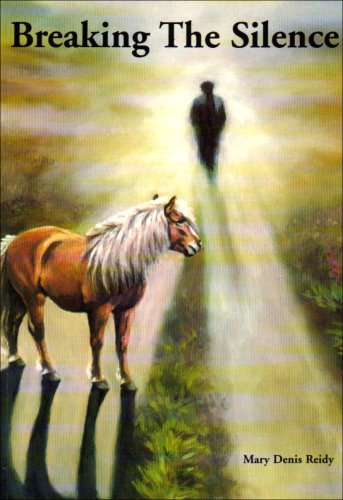 Breaking the Silence the Kerry Bog Pony Amazon Price: Buy Now(price as of Nov 20, 2015)
A history of both Ireland and the Kerry Bog pony that has been brought back from the point of extinction.

This breed was once known as the hobby and was commonplace in Ireland, serving as a draught pony. During the Peninsular Wars (1808-1814), the cavalry bought up many of the ponies for use as pack animals. Few came back to the county. Then came the 1845 Famine, the consolidation of farms in the 1850s and the introduction of the donkey, taller horses and finally mechanisation. All these factors contributed to the demise of the Kerry Bog. The remaining ponies were left to fend for themselves on the bogs and mountains.

Mulvihill of Co. Kerry spent years searching for any remaining representatives of this special breed. Now the breed has been recognised as the Irish ‘Heritage Pony’ with official breed registers being set up in Ireland and the United States.

In 2003, the first of these ponies were exported to the United States.

Today the pony is used not only by children but by adults as well. It is excellent in harness and its gentle, sensible disposition and small size makes it eminently suitable for use in therapeutic riding programmes.