The Shetland pony is one of Britain’s native ponies, collectively known as the mountain and moorland ponies. Its origins lie in the Shetland and Orkney Islands to the north east of Scotland. The weather is harsh and extreme and the grazing so scanty that the animals are forced to supplement their meagre intake with seaweed. Only the hardiest of animals can survive here and the Shetland is one of them.

The Shetland is one of the 'small' breeds of native ponies. The Exmoor, Dartmoor, Welsh Mountain Section A and Welsh Section B, the Eriskay and the Kerry Bog pony are all classed as small.

These islands have been home to Shetland ponies since the Bronze Age. The ponies were used mainly as draught animals, for ploughing and packing panniers of peat, seaweed and produce. When children were banned from working in the mines in 1847, their place was taken by Shetlands. They were docile, willing and strong and their handlers quickly became attached to their small charges.

Credit: http://commons.wikimedia.org/wiki/File:Grisedale_Common_-_geograph.org.uk_-_163924.jpg Early stud owners such as the Marquis of Londonderry were very selective in their choice of breeding stock and choices made at that time have had a significant impact on the breed.

The Shetland Pony Stud Book Society was formed in 1890 and produced the first Stud Book for any of Britain's native pony breeds. 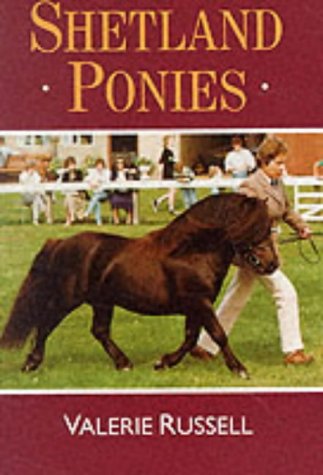 Shetland Ponies (Horses & ponies) Amazon Price: $79.89 Buy Now(price as of Feb 20, 2016)
An accurate and comprehensive work including details of the tasks to which the Shetland has been put to over the years.

The American Shetland comprises two types. One is designated the Modern Shetland Pony and is not much like his stocky, compact forebears. The neck is long and thin, the body is quite narrow and the withers high. The action is more like that of the Hackney. The Classic Shetland is more compact but not so much as the original Shetland from the Scottish islands.

The height limit for the Shetland is 42 inches. The head is small and the eyes bold and dark. The ears are wide-set and erect. The muzzle and forehead are broad. The body is stocky with well-sprung ribs and plenty of room for heart and lungs. The legs have good, flat bone with springy pasterns, very short cannons and large knees and hocks. After centuries spent traveling over rough, rocky ground, the Shetland has remained sure-footed with a straight and free action.

The Shetland copes with the fierce winters by growing a double coat for the winter. Outer ‘guard hairs’ help shed the rain while the soft, dense undercoat provides good insulation. A profuse mane, tail and forelock provide further protection from the elements. Shetlands can be any colour except spotted.

Credit: http://commons.wikimedia.org/wiki/File:Urbanherovantbarreeltje.JPG Shetlands can have a lifespan of some thirty years. Because of their size, Shetlands are sometimes treated more like big dogs. This is a great pity as they become spoilt and cheeky. With good handling, Shetlands are a great joy to own and interact with. They live on next to nothing and it can be difficult to keep them in reasonable condition ie not too fat! Founder (laminitis) can be a problem if feed is too lush. 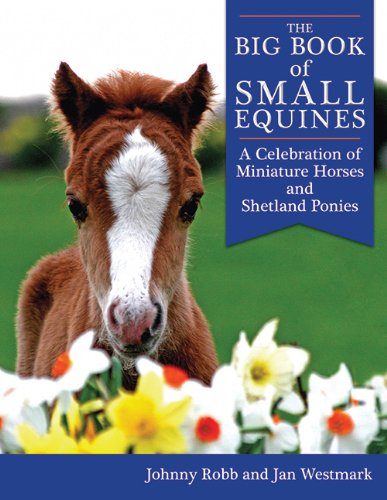 The Big Book of Small Equines: A Celebration of Miniature Horses and Shetland Ponies Amazon Price: $29.95 $16.95 Buy Now(price as of Feb 20, 2016)
This book is a celebration of the Shetland pony and miniature horse.

Like small dogs, Shetlands have an ego in direct opposition to his size. He is usually boss of his ‘herd’ whatever the size of the animal.

Properly handled and disciplined, the Shetland is charming and tractable, well suited to riding or driving. Shetlands make ideal mounts for children if they have been treated as ponies and not as big dogs. For his size, he is remarkably strong so adults can have a lot of fun with a Shetland harness pony.