The Welsh Pony Section B is one of four Welsh breeds, all of which are native ponies of Great Britain. Great Britain has a number of breeds collectively known as mountain and moorland ponies. Welsh Mountain ponies (Section A) are the smallest measuring under 12.2hh, the Welsh Section B may measure up to 13.2hh (14.2hh in the USA), the Welsh Cob Section C is stockier while the Welsh Cob Section D may exceed the (technical) height limit for a pony. The Welsh Mountain is one of the small mountain and moorland breeds along with the Shetland, Exmoor, Dartmoor,  Eriskay and the Kerry Bog breeds.

The breed has been around since before Roman times. During the reign of King Henry VIII, most Welsh farmers turned their ponies loose into the hills. This was because of a decree which ordered that all horses under 15 hands were to be destroyed, thus forcing the breeding of large horses more suited as chargers for knights. Rather than obey this draconian law, smaller ponies were released to fend for themselves.  This they did very well, surviving (and thriving) in the extreme winters and on sparse grazing. Today the ponies are renowned for its hardiness, sure-footedness and stamina. It also has a huge dose of native intelligence. The ponies on the farms were utilised in many different ways from shepherding, ploughing, carrying produce to market and the family to church. 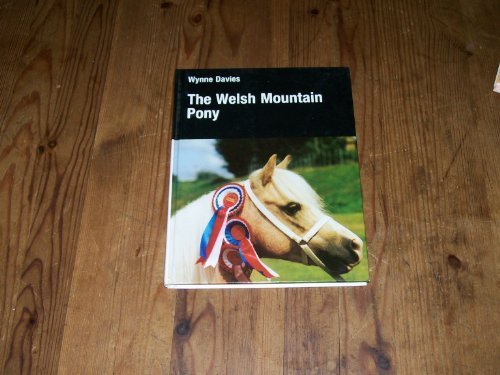 The Welsh Mountain Pony (Allen Breed Series)Amazon Price: $45.00 Buy Now(price as of Jun 24, 2013)
Wynne Davies is an acknowledged expert on the Welsh ponies.

The Welsh Section B came about to meet the demand for a taller riding mount. It is elegant and refined like the Section A as well as being athletic and hardy. Welsh ponies are highly intelligent and have good ‘trainability’. Their personality is friendly and they have an calm, even temperament which makes them ideal for children.

The long-ago influence of the Arabian can be seen in the small, clean-cut head and the large, bold eye. The head tapers to the muzzle. The ears are small and pointed. Laid back shoulders ensure a comfortable ride and the back is short. The neck of a mature stallion is moderately crested. Strong quarters give plenty of impulsion for the eye-catching trot. The body is deep with well sprung ribs. The forelegs are straight and set square with short cannon bones. The hooves are well-shaped, round and dense. Like most native ponies, a profuse mane and tail provides protection from the elements.

The Section B has an aristocratic air and carries himself with pride and gaiety. He is truly a beautiful but functional animal.