The Welsh Cob Section D is one of Great Britain’s native ponies. There are four types of Welsh ponies which, together with other native breeds, make up Britain’s mountain and moorland ponies.

The Welsh Section A and B differ mostly in height. The Section A should be under 12.2hh while in the UK the Section B should not exceed 13.2hh. In the United States the upper limit is 14.2hh. The Welsh C and D are both ‘cobs’, compact and strong but with powerful, eye-catching action. Section Cs are limited to 13.2hh for showing purposes while there is no upper limit for Section Ds.

Welsh ponies were lucky to escape annihilation back in 1535 when King Henry VIII decreed that all stallions under 15 hands and all mares under 13 hands were to be destroyed. This was to force the breeding of bigger horses, in particular those more suited to carry the heavy weights of his knights. However, many owners released their beloved ponies into the inhospitable and inaccessible hills of Wales and so the Welsh breed continued. 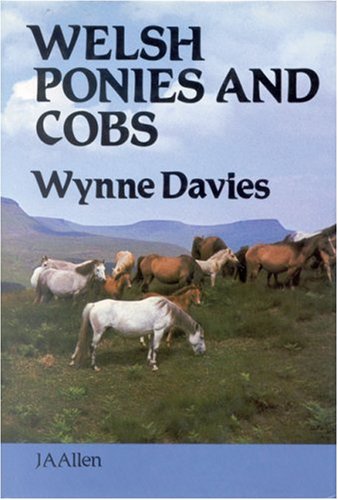 Welsh Ponies and Cobs (Allen breed series)Amazon Price: $45.00 $16.50 Buy Now(price as of May 4, 2013)
Wynne Davies is an acknowledged expert on the various types of Welsh ponies and cobs.

The Welsh ponies were used for anything and everything. They would plough through the week, pull a dray to market on market days and take the family to church on Sunday. They were used for draught work on the coal mines. Tradesmen, doctors and tinkers sought out the Welsh cob because of his speedy and tireless trot. Indeed, at one time, breeding stock were chosen by trotting tests. During the war years, the Welsh Cob was used for hauling guns and other equipment over rough and hilly terrain.

When the Welsh Pony and Cob Society was founded in 1901, the basic description was the same for all four types of Welsh pony. The head should be short and pony-like, typically dished with small ears, large prominent eyes and open nostrils. The back was short, the shoulders sloping and the quarters muscular. The tail was set high, the legs were clean with dense bone and hard feet. The action was to be true and bold. The forelegs should reach forward as far as possible, with strong impulsion coming from the powerful hocks.

Credit: http://commons.wikimedia.org/wiki/File:Trotting.jpg Only piebald, skewbald and spotted coats are taboo. There are not as many grey Section Ds as in the other Sections but some of the Ds have splashy white markings.

The Welsh Cob is a natural jumper with a tractable, gentle disposition. He has proven himself in many fields from trekking to competitive driving and Riding (and Driving) for the Disabled. 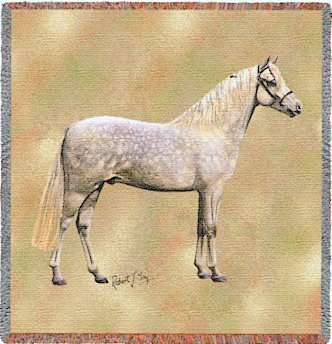 Welsh Pony Horse Woven Lap Square (Throw Blanket)Amazon Price: $42.95 Buy Now(price as of May 4, 2013)
What a great gift for a pony-loving child.
Next >> Zika: The Warnings About Wolbachia and Culex Our Health Authorities are Ignoring