The film "Laura" is one my of all-time favorites. It features a fantastic, sweeping score by David Raskin, unforgettable performances from a big-name cast, and a thrilling story. If you're looking for a brain-teaser of a film, this would be the film for you. It doesn't try to be too smart or clever, and instead, takes you on a ride through the cast of characters' lives revolving around the death of the titular woman. 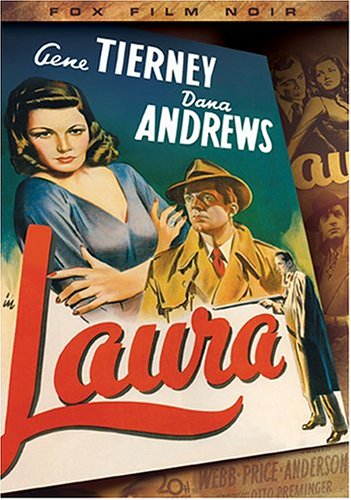 "And Then There Were None" is based off the novel by Agatha Christie and is probably the birth to the likes of "Harper's Island" and "Saw". Though this doesn't feature gore, the story is dripping with the imminent deaths of party guests lured to a mysterious island for a weekend where a deranged killer is offing them one by one.

Dark and forebodding, this movie keeps you guessing and throws a twist a every turn to keep you on your toes.

"And Then There Were None" is directed by Rene Clair, scripted by Dudley Nichols (based on the book sometimes of the same name and sometimes called "Ten Little Indians" by Agatha Christie), and stars Walter Huston, Barry Fitzgerald, Judith Anderson, Louis Hayward, and June Duprez.

"Psycho" is probably one of the strongest films by Alfred Hitchcock. With its groundbreaking visuals and early infamous twist, it takes a horrifying look into the relationship of a son and his mother... and the women that come between them.

This movie pushed the censorship of the time and the advertising of the film was mastered by the Hitch himself, teasing audiences with misleading information so as to create the best in-theatre experience.

"Psycho" is directed by Alfred Hitchcock, scripted by Joseph Stefano (based on the story of the same name by Robert Bloch), and stars Janet Leigh, Anthony Perkins, Vera Miles, and Martin Balsam. 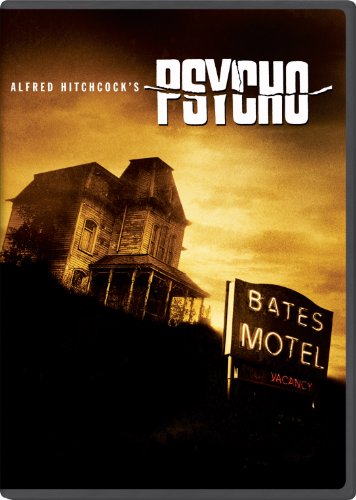 "The Haunting" is one of the more faithful book adaptations one can find in the movie industry. Blurring the line between reality and insanity, it explores the mind of a woman who has slaved away over her ailing mother for 11 years and recevies nothing for her service, until she arrives at the demented Hill House where its ghostly inhabitants call out to her. But are these "spirits" real or just the result of a tired and desperate mind?

In this movie, you'll find strong performances from the cast and a beautifully mesmerizing story that explores the main character and her relationship to the world around her.

"The Haunting" is directed by Robert Wise, scripted by Nelson Gidding (based on the book "The Haunting of Hill House" by Shirley Jackson), and stars Julie Harris, Claire Bloom, Russ Tamblyn, and Richard Johnson.

Candace Hilligoss stars in this thriller, in one of her very few on-screen performances.

"Carnival of Souls" has some of the most terrifying imagery of any black and white movie and it is a film that ulitizes sound to its best advantage, creating a terrifying and yet strangely beautiful masterpiece.

While the story itself is fairly obvious in where it's headed, the journey to the end is still rivetting and intriguing. Throughout the movie, that classic amusement park music is filling the background.... And I have to admit, I am a sucker for that creepy organ.