The French connection was a term that referred to shipping drugs from Turkey to France and then to North America. This was prominent shipping route during the 1960's and 1970's. Turkish farmers had licences to grow opium poppies to sell to drug companies, but many sold their excess to the black market, where the buyers manufactured the opium poppies into heroin and transported via the French Connection.

During the early 1960's more than a quarter of the Nation's addicts live in New York City. The heroin consumed by theses addicts was mainly trafficked and distributed by the Cosa Nostra, also know as the Italian Mafia. There were five families that made up the Mafia, the Bonanno, the Colombo, the Gambino, the Genovese, and the Lucchese. Since the late 1920's these five families have divided and controlled New York. 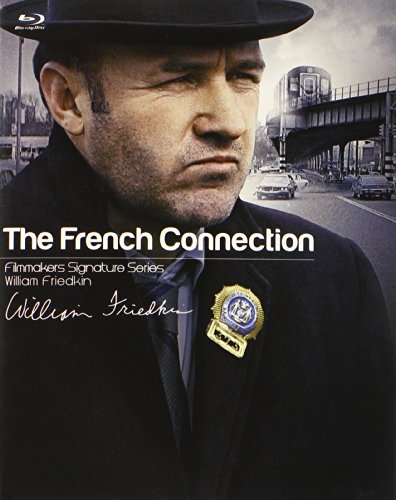 French Connection [Blu-ray] Amazon Price: $19.99 $7.99 Buy Now(price as of Jun 3, 2015)
Enjoy this highly acclaimed, realistic crime drama from innovative director William Friedkin with authentic high-quality picture and sound, true to the director's vision. This new HD transfer comes with an exclusive 28-page booklet on the making of the film, which includes in-depth actor and director profiles. Based on a true story, The French Connection stars Gene Hackman and Roy Scheider as detectives who aim their sharp instincts and unconventional methods at the international suppliers of New York's heroin trade. The French Connection earned 8 Academy Awardr Nominations and 5 Wins,* including Best Director for groundbreaking "New Hollywood" director Friedkin.

Two New York City police officers had staked out a club that was known for its criminal patron's. These two cops, Sonny Grosso and Eddie Egan, were part of a team of New York Police Department and Federal Drug Bureau detectives (precursor to the DEA). Grosso and Egan would normally come to this club to track who was talking to who or if anyone knew was in town. On one particular night in the early 60's they spotted a man they had not every seen before. They knew he was a  gangster by the wads of cash he flung around and the way he carried himself. Grosso and Egan decided they would tail this man. It turned out he was none other than Patsy Fuca; a low-level associate of the Lucchese family. They continued to follow and watch his movements. Through this surveillance they linked the gangster to a famous French television host, Jacques Angelvin. After trailing him the two detectives pulled him over and took him into custody along with his Buick.

The detectives figured the Frenchman was a courier for drug rings working out of France. Although they arrested the Frenchman, they had no evidence to hold him. The detectives then consulted the custom's shipping manifest, this manifest reported the Buick's weight. It turns out the car was underweight by 112 pounds. With this new-found information Grosso and Egan, supposedly stole the Buick and began stripping the car down. They finally found secret compartments behind the head-lights. When tested, remnants of heroine were found in these compartments. The car was later returned to its owner and tailed. The Buick found its way to Fuca's uncle's house. That is when the police task force rushed in for the arrest. Grosso and Egan found 51 bags of heroin (51 kilo's or 112.2 pounds).

The amount of heroin found set a record in 1962. This record plus the amazing account of the good vs bad guy created the scene for a great story; a story later popularized in 1969 by a book by Robert Moore and then in 1971 by the movie, "The French Connection" starring Gene Hackman. Although these were dramatic features the real issue of the French Connection has followed by similar trafficking and smuggling routes controlled by terrorist organizations. 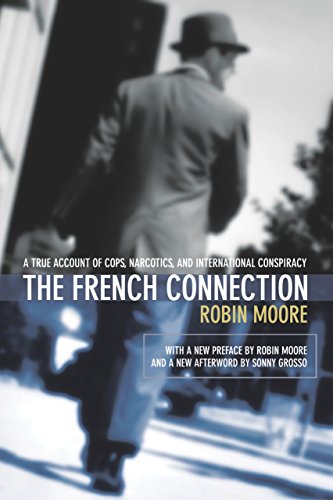 The French Connection: A True Account of Cops, Narcotics, and International Conspiracy Amazon Price: $14.95 $6.28 Buy Now(price as of Jun 3, 2015)
The true, absorbing and sometimes frightening documentary of the world's most successful narcotics investigation, The French Connection is one of the most fascinating crime accounts of our time. When New York City detectives Eddie "Popeye" Egan and his partner Sonny Grosso routinely tail Pasquale "Patsy" Fuca, after observing some wild spending at the Copacabana, they quickly realize that they are on to something really big. Patsy is not only the nephew of a mob boss on the lam but also a key negotiator in an impending delivery of narcotics from abroad. His incongruous connections are with several distinguished Frenchmen, including Jean Jehan, the director of the world's largest heroin network, and Jacques Angelvin, a star of French television. For many suspense-filled months, through opulent Manhattan nightclubs, dark tenements in Brooklyn and the Bronx, tree-lined streets of the genteel Upper East Side, and in Paris, Marseilles, and Palermo, the duel is on -- the prize 112 pounds of pure heroin, worth ninety million on the streets. Over three hundred investigators from local, state, federal, and international agencies are ultimately involved in the hours of weary surveillance, the skilled intuition, the luck -- both good and bad -- and the danger.
Next >> What is the EU and Why Brexit? A Historical Perspective