How To Train For A Marathon Without Running (Too Much)

Marathon Running has become extremely popular and continues to bring more and more people to the start line every year.

I run marathons and ultras, and with the amount of marathons on the calendar I could choose to run an official one almost every weekend if I choose. However, even with the number of marathons out there it's still the case that only an estimated 1% of the population every complete a marathon.

So there must be something really difficult or unappealing about running marathons that keeps the masses away right?

People simply think that running a marathon is difficult, so they don't so much as even approach the subject. They believe, without much if any experience to the contrary, that Running a Marathon is one of The most difficult physical things anyone can do.

Perception, and the common thought that a thing will bring pain is enough to keep the majority from doing that thing. Despite this perception there are 10's if not 100's of thousands of people who brave the 26.2 many times each year

The majority of people who run marathons will generally agree that running a marathon is difficult, and that it takes a lot out of them in the form of commitment to training and actually completing the 26.2 miles. But it doesn't need to be that way. It can be easier and a pleasure if the training has been done.

You don't get to enjoy a marathon and finish strong if you don't do the training.

There are many training plans and tons of advice on the web of how you can best prepare, and much of it is valid. Most of it involves hours upon hours and miles upon miles of training. This is the tried and tested conventional method.

But this long and time consuming training system is not for everyone, and it doesn't have to be this way. Hours of training each week for many months leading up to a marathon is not necessary. Now, I know that flies in the face of much of the professional advice, but it's true, and it's been my experience.

The mainstream says you must train something like in the table below. Depending on your level of ability, your required commitment could be a lot more.  I know guys who do 50, 60, 70 miles per week and more if it's an ultra they are training for. I simply don't believe that's necessary.

For people with jobs and young families that kind of mileage is a non-runner (pardon the pun). So lets say your program has you out 5 times per week that looks something like this;

Well, there is an alternative to this and it works. It's called strength and conditioning training, and it means you spend your time building strength, flexibility and core stability in the gym using a specific program. That's why Crossfit is such a great workout. It's tailor made for you to step right in.

Here's What I Do

This table represents a typical week training that I do. In the 2 to 3 weeks run up to a marathon I'd pick things up to include a 5 mile and an 8 mile on top of the below.

I'm not suggesting that you cut running out of your training completely by the way. In the Crossfit program that I follow we do 400's and 200's and 800's. We also do lots of back squatting which is totally required if you want to build stamina and strength in those legs for marathon running.

Crossfit is short and snappy stuff, and leaves you fried, that's why I love it. It's a great contrast to long, some might call, boring runs. I don't think 3 or 4 hours running is boring, I actually enjoy the time in my own head.

Both Crossfit and Marathon Running give me a great mix that I enjoy. Oh, and Crossfit also helps keep body fat low also. Assuming you watch what you eat and keep your diet clean that is!

I'm training to complete 100 marathons in 100 straight days starting 22nd May 2015 Dublin, Ireland, and I'm using Crossfit as my main system of training. I compliment this with a couple of runs a week.

I just completed 4 marathons in 4 straight days in Donegal Ireland and a 5th marathon 7 days later in which by the way I was 30 mins faster than the best of the 4 marathons a week previous.

That's just a by-the-way so your not thinking I'm just talking out of my hat!

Here's some material you may find helpful... 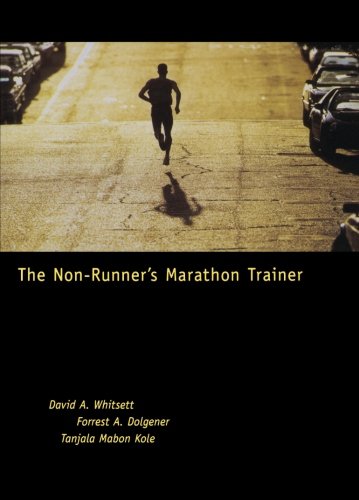 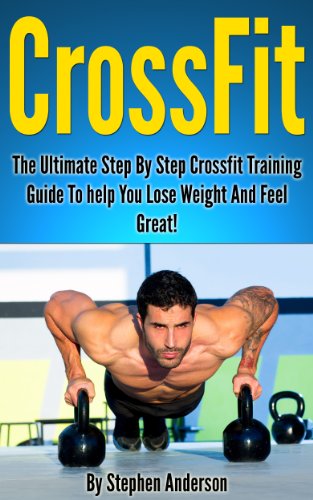