InfoBarrel is a writing platform for non-fiction, reference-based, informative content. Opinions expressed by InfoBarrel writers are their own.
InfoBarrel > Entertainment > Art & Design

This is Halloween, the season that speaks of ghouls and goblins, both real and imagined.  It is a time to revel in the darker side of human nature; as we all know sometimes, though, the real monsters among us are the scariest.

This is Halloween: the scary and the silly, the macabre and the mirthful.  This is my Halloween.

Elvira, Mistress of the Dark (extreme photomanipulation)This is just cool.  I do love Elvira, and she is still doing the character on TV from time to time and at sci-fi or comics conventions.  And I still think that, now in her early 60s, she still rocks that bod!

I took one of her posters and messed with it.

Night of the Living Katy Perry (airbrushing, extreme photomanipulation)This was a piece I did upon request from another artist based upon his pencil rendering of Katy.  I like the smirky, cutesy, coy, zombie in her.  I hate her “music”, and lest anybody forget, Jill Sobule did a wayyyy cooler song, also called “I Kissed A Girl”, back in the 1990s before Katy was even a glint in anyone’s eye.

Separated at Birth? (composition, cropping only)The original “Separated at Birth?” concept with that exact phrasing and brilliant skewering was the creation of National Lampoon magazine way back in the day.  I have seen lame-o’s on the Web try to do this kind of thing (calling it “twins” or whatever); Lampoon did it first, and they did it best.

The comedy is obvious: compare some famous person or thing to something it resembles but is ridiculous.  For example, it would be plain stupid (and yet somehow sublimely hysterical – I think I’ll do it!) to compare one Olsen twin to the other.  But since taking celebs down a peg or two on occasion is my other sideline, here’s one of my favorites in an ongoing series I’ve done (I have dozens of these).

Mrs. Death (digital mixed media, drawing, airbrushing)This is an original cartoon of mine based on the timeless gag of the ol’ man coming home drunk, and the missus lying in wait for him, rolling-pin or frying pan poised to clunk him one on the bean.  In this version of the joke, the missus just happens to be Mrs. Death.

The Jolly Green Mile (digital mixed media, photomanipulation, drawing, airbrushing)I do a lot of movie spoof posters when the fit takes me.  Some are obvious; others are a slam against politics (such as “George W. Bush Productions presents Terror Madness!”).

The Jolly Green Mile is a sample and one of my favorites as well (note the corn on the cob prison guard smugly standing by).

I thought I’d let Capt. Kirk get to be a wisenheimer for a change.

Ghost Hunter (extreme photomanipulation, airbrushing)Moving into the realm of more “serious” art is this piece.  I originally made it to go with an article I had written of a similar title, but the more I looked at it, it opened up a vista for me to use it as a foundation for a whole series of works, so I didn’t post it with the article.

It is a typical “ghost” as one usually sees on those hokey ghost hunter shows – an anomalous “something” that isn’t really anything.  The creepy thing about this is the hallway in the back drop is of Eastern State Penitentiary (a purportedly famously haunted abandoned prison).  I made it to illustrate how easy it is to manufacture ghosts these days.

Harvest: Ash (extreme photomanipulation, drawing, airbrushing)This is the last piece in one specific series in a larger ongoing art project.  The ruins reminded me of abandoned fields after harvest time, the stalks randomly and starkly naked against the bleak October sky, after the cleared field has been burned off for next planting season.

What makes this spooky?

The base image is the ruins of Auschwitz.

Mary Rogers/Edgar Allan Poe (photomanipulation, airbrushing, drawing)This serious piece integrates a dead girl with a dead author.  Mary Rogers (known as “The Beautiful Cigar Girl” because she was young and tender and worked in a tobacconist’s shop) was found floating in the Hudson River.  This was 1841, she’d been murdered, and her case was never solved.  The 21-year-old murder victim got under Edgar Allan Poe’s skin, and he based his short story “The Mystery of Marie Rogêt” on her case.  I melded the dead girl with Poe to give a literal melding of concepts (her death to his imagination).

And it’s creepy to look at.

Staring Into Your Soul (extreme photomanipulation, airbrushing, drawing)This image is the most frightening.  It is because the base image from which it springs is almost as scary.  Casey Anthony’s mug shot for her intake in Pinellas, Florida, was downright sinister.

I don’t know if her stare was intentional, but the original mug shot alone is unsettling enough.  I thought I’d just carry that malevolence deeper into the bowels of Hell.

And take you with me when I did. 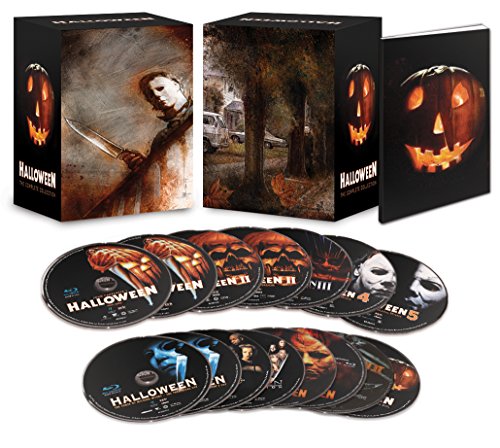