Halo 4 is one of the games of the season, and there was really just too much to discuss for one review. So thus, this Halo 4 review evolved. It evolved into the Halo 4 Super review!

This part, the review of the Campaign.

And the second part, the review of the multiplayer.

Halo 4 Review -  CampaignHalo 4 is Studio 343’s first take on the on the fantasy universe created by Bungie. Now when I first heard about this game I had mixed emotions. Part of me was excited because Halo 3 ended on a really big cliffhanger, and I was kind of disappointed that I would not get to see what the aftermath of the huge covenant war was going to be. However I was also worried that 343 was going to bastardize a game series that helped get me into gaming. I am happy to say that for the most part they did a pretty good job, and most of my concern was for not. I will talk about the campaign mode of the game and discuss my opinions on what 343 did right and what the could stand to work on for the next installment of the series. 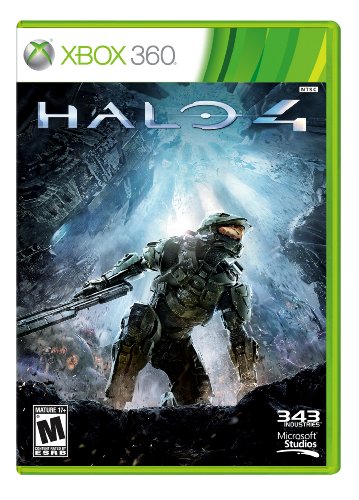 I am going to be doing a quick overview (May be a few small spoilers). The campaign picks up where Halo 3 left off, Chief and Cortana are still floating around aimlessly in space for the last four years on a ship called Forward unto Dawn. As usually they do the quick tutorial and you are immediately back in the fight. This time around you mainly fight the Forerunners. Which if you haven’t kept up with the story till this point is the beings the Covenant worshipped. Now these are the things I liked about the campaign and just the game in general. First off the character and environment artwork and rendering is just fantastic; 343 spent a lot of time making this game look great there were a few times through the campaign in which I paused to admire the scenery. The enemies looked unique and threatening, coupled with their abilities and lore definitely made them interesting to fight. Also the music was really well done, which it always has been with this series so I was glad to see that 343 was able to live up to the expectations.

This next one for me is actually pretty important, is just how easy it was for me to get into the story. It felt very believable, which for a shooter is pretty impressive since most of the time it is usually just a bunch of pew pew pew guns and stuff blowing up and dying. Halo still has it but there are certain points in the story when important pieces of the plot are revealed that it just kind of makes feel like you are there. It is hard to pin down without giving examples. It just made the story feel real and allowed me personally to really let the store suck me and take me along for the ride. Towards the end I wasn’t able to put the controller down because I wanted to see what happened next.This is technically under multiplayer but I would tie it in more with the actual story is Spartan Ops Mode. This mode allows you and friends to play through scenarios that are created from missions in the campaign. This mode allows for the player to gain experience towards their multiplayer rank. The really cool part about this is, 343 releases new scenarios weekly, meaning that this adds a little variety to the game and helps to prevent it from becoming stale quickly. These are also free, which to me is a damn good thing however once they start releasing map packs I don’t know how much they will focus on Spartan Ops since they won’t make any money off of it, only time will tell on that. I hope like some of my previous fears that this one will just wrong as well.

However there are some a few bad things I have to say about the campaign. For starters the story has some pretty apparent holes. I didn’t really know anything about the main bad guy until I watched a youtube video of the all the terminals you can find through the campaign. Those do a good job along with the books to set up the story, however to someone who has not read the books or finds the hidden terminals it leaves you wondering just who the hell you are fighting against the entire game. However if you are willing to do little reading and tracking down some of the lore it really deals with a lot of those rough spots in the plot.Also the campaign is pretty short, on normal I was able to crack through it in about 6-7 hours. Also I feel that 343 missed some key opportunities to expand on their concept of “humanity” for the Master Chief, especially towards the end, everything just felt like it had an abrupt end. It also leaves me wondering just what the hell they are going to do for the next Halo game. Also at times the campaign got a tad boring, they didn’t do a bad job of mixing up the stuff you do in the campaign, however it was usually it was segmented up with running through similar looking environments and cut down the same three types of enemies with occasional covenant appearances at the beginning. I really enjoyed some of the vehicle parts, especially the new mech time vehicle called the Mantis (Best part is, it is in the multiplayer). After that initial shock from the ending wore off, I was kind of left looking at the screen saying, “Was that really it?” I felt like the story could have definitely been expanded more however 343 did do the series justice. I can’t say if I just had super high expectations or what but the game did not disappoint me like some previous releases this year. So for a new studio picking up a story of this magnitude I say they did an excellent job and I am looking forwards to seeing how they develop things from here.Overall not including the multiplayer aspect 343 did a fantastic job and anyone who is a fan of the story/lore of the halo universe will enjoy this new take on the series. You can tell that the studio loves the universe they are now shaping and want to create a memorable story just like Bungie did since Halo was originally created.