Â  The Serial Killer Files: The Who, What, Where, How, and Why of the World's Most Terrifying Murderers [Kindle Edition] Â  Serial Killers: The Method and Madness of Monsters [Paperback] Â  Â
InfoBarrel is a writing platform for non-fiction, reference-based, informative content. Opinions expressed by InfoBarrel writers are their own.
InfoBarrel > History > 1900-1945

H.H Holmes, is regarded as the first documented serial killer and his story is an incredible one. It is a life story, which has something of the macabreness of Mary Shelley's 'Frankenstein' about it,  with the difference that one story is real and the other is not.

Holmes, was born Herman Webster Mudgett, to strict Bible preaching parents in New Hampshire, Northeastern, America. As a youngster he was fascinated with dissecting animals and this probably led him to studying to become a doctor. He was also a bit of a 'touchy feely' character and by all accounts a handsome chap. These facts, probably helped him to nab a pretty wife at the age of 18. While studying to become a doctor he began stealing corpses,  disfiguring them with acid and under a few fictitious names collecting insurance policies on them. This led to him being thrown out of the university for 'unusual activities', which is a euphemism to say the least!

Holmes then, took himself off to Chicago and it is here he adopted the name of Dr. H. H Holmes. In Chicago, he soon managed to insinuate himself  into managing a drug-store in the suburb of Englewood. Needless to say, the owner of the store soon 'disappeared'  and Holmes was making himself a nice little stash of money with his various fake cures. Holmes, although still married soon acquired another wife, not bothering to divorce the first one and yet also, still managed to 'carry on' with as many women as possible. Believe it or not Holmes , was considered a handsome sought of chap, which only goes to prove that beauty is skin deep.

In 1889, the devious fellow bought a huge block of land across the road from the drug store and began building a very macabre and Gothic 'hotel', which he personally designed. This castle-like fortress featured sound proof rooms, with gas vents which could only be opened and closed from Holmes bedroom, windowless rooms, false floors, secret passages and trap doors. There were also strange instruments of torture and a long coffin-shaped gas kiln in the basement. People who visited the 'hotel' would also become confused by doors which opened straight into brick walls and greased human sized chutes which led to the basement.

Holmes, known for his charm and handsome looks, also liked to rent his hotel rooms out to young attractive girls, who were often never seen again. It seems that Holmes seduced the girls, drugged them and them popped them into the greased shafts, where they would land in a glass lined room, into which lethal gas would be released. Holmes then cut up the corpses, removing the skeleton and sold them to universities and medical schools (a gentleman and a scholar....not).

later after Holmes was caught he claimed:

"I was born with the devil in me"

A very easy cop out if you ask me.

The evil fellow confessed to 27 murders.....eventually, but he may have committed up to 200 foul deeds. Police investigating his 'horror hotel' found human remains in stoves, fireplaces and chimneys. Holmes, had also built a dissecting room in a basement seven feet below the building, which sat just under the footpath outside. These dungeon like rooms contained poisons, surgical instruments, torture implements, a quick lime pit, a barrel of acid and the bones of a child.

The Trial of Holmes

The trial of Holmes was fast and he was sentenced to death by hanging. Before this event he spent his time in Moyamensing Prison writing out a few versions of his confessions. His final confession was sold to William Randolph Hearst for $7,500. Money however wasn't needed where he was going. 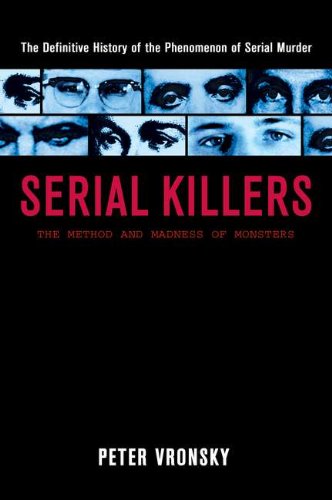 H H Holmes: The Tragedy of the World's Fair Fiend