Are reputed haunted houses the abode of the dearly departed dead? Do tragic and violent happenings cause a disembodied spirit to haunt certain dwellings? Do disembodied spirits Exist? These are questions I pose, but do not attempt to answer. I will however, leave you, the reader to ponder such cumbrous questions...alone. We will now begin our tour of ghost houses worldwide. So come along, keep up with me......don't hang back.

The Riddle House was built in the early 1900s and originally served the West Palm Beach area as a funeral parlor. Originally the house was located near the Woodlawn Cemetery, and known as “Gatekeeper’s College”, because of its presence near the cemetery. The location of the house was meant to deter body snatchers and thieves seeking the valuables buried with the dead.

Later a man named Karl Riddle was employed to oversee the cemetery and began to live very contentedly in the house, until an employee killed himself in the upstairs attic. From this time there were many reports of paranormal phenomena.

Reports were of knocks, noises and the muffled sounds of conversations, especially after dark. Riddle left the house and a succession of businesses moved in; none lasted very long. The house has now been relocated to the Yesteryear Village and yet, strange reports of odd things still arise to this day.

The George Stickney House, is located in rural McHenry County, Illinois. The design of the house is rather unorthodox, based on the spiritualist ideas of George Stickney, who believed that spirits required freedom to roam without getting caught in corners.

The Stickney's had 12 children over all and yet only 3 survived long enough to become adults. It is believed that the Stickney's wished to communicate with the spirits of their dead children and so conducted séances on the second floor of the building. Reports of supernatural events began to be whispered about the town.

The graves of the Stickney children can be found at Holcombville cemetery.

Located in Victoria, Australia, this mental hospital operated for over 130 years and over 13,000 people are believed to have died here. Today the abandoned hospital is open for tours, but bring your walking shoes as walking around the grounds alone, takes two hours.

Those brave enough, can view almost a kilometre of cell like rooms, the morgue and empty nurses stations. As you stroll about, you will soon notice that the whole place appears to have been abandoned in a tremendous hurry. And yet there is the feeling, that a patient or doctor may appear at any moment.

The whole place is very spooky and a bit of a catacomb, you can tend to become easily disoriented, so stay with the group and don't get lost.

Port Arthur is located on the island of Tasmania, part of Australia. It is a beautiful and seemingly peaceful place, which belies a violent and tragic history. As a former penal settlement for the hardest convicted British and Irish criminals, Port Arthur was the site of whippings and extreme physical and mental punishments, from 1833 until 1853.

One system of punishment, involved the bare minimum of bread and water and a "silent treatment" where the prisoner was hooded and kept in solitary confinement. Such sensory deprivation sent many a prisoner insane pretty fast.

In April 1996, a terrible massacre also occurred at this historic site, when a lone gunman with  an I.Q. of 66, murdered 35 people and injured 21 others.

There have been many reported ghost sightings, weird reports and mysterious video footage coming out of Port Arthur. One common story recounted by people is, sightings of The Lady Blue, who  is so named, because she is seen crying, as she drifts about the accountant's house and the parsonage. It is believed that she was a wife of someone and that she died in childbirth.

The first published version of this spooky story, appeared in 1833, in James Edward Alexander's 'Transatlantic Sketches. According to the story, a woman named Mrs Goddard had been buried in the Chase Vault in 1807, followed by Ann Maria Chase in 1808, and Dorcas Chase in 1912. Later in the year of 1812, the vault was opened again, for the interment of Thomas Chase, but the caskets of the two Chase girls were found to be "in a confused state, having been apparently tossed from their places." The vault was again opened "to receive the body of another infant, the four coffins, all of lead, all very heavy, were much disturbed" Such disturbances were again in evidence when the vault was opened for burials in 1816 and 1819.

Banff Springs Hotel, is located in Banff National Park, Alberta, Canada. This luxury building was constructed in Scottish Baronial style, during the nineteenth century and opened for guests, June 1, 1888.

In 1932 a young bride, died of a broken neck at the hotel, on the day of her wedding. Since that time there have been various sightings reporting of a ghostly figure, wearing a wedding dress, descending the staircase. Supposedly the bride fell down the stairs after tripping on her dress.

Other guests have claimed seeing the apparition of a bellhop, dressed in full uniform, at the ready to assist guests. Supposedly this is the spirit of an employee, who died not long after announcing his retirement in 1976.

The Qiu Mansion was built by two brothers, Qiu Beishan and Qiu Weiqing, who originally came from a rural village in China. The bothers journeyed to Shanghai to find jobs, and soon began work in a paint factory. When World War I broke out, the German owners of the factory had to flee, so they sold their stockpile of paint to the brothers for a very low price. The war also caused the prices of paint to escalate, resulting in the brothers becoming very rich.

The brothers originally built two castles, but today only one remains and this has also been moved site, as pretty much all the buildings around it were demolished to make way for new highrise.

A zoo was added to the property by the brothers, which included snakes, tigers and crocodiles. A massive pigeon-house contained more than 2000 pigeons, which blocked the sun as they were released each morning.

One day the brothers disappeared without a trace. Since that time, workers at the mansion, complain of bizarre animal bites and strange sightings.

Located in Sussex, Arundel Castle, was originally built by the Earl of Arundel. The castle is said to be the home of four different ghosts, one of which is the original Earl, and another is the spectre of a young woman, who tragically jumped to her death from one of the towers. It is said that she can be seen on a moonlit night, haunting the dwelling, dressed in white. Another one of the spirits is called the 'Blue Man', who since the 1630s has been sighted hanging about the library.

If you happen to be visiting the castle, and you see a very strange owl like bird, beware as this is believed to be an omen of death.

For the last 400 years, the Sitwell family have occupied this stately pile. Reported hauntings also go back some time. One incident involved the daughter of Archibald Campbell Tait, Archbishop of Canterbury, who in 1885 was woken in the dead of night by someone kissing her, and yet no one was there. The lady of the house Miss Sitwell, also wrote of a ghostly sighting "I saw the figure with such distinctness that I had no doubt at all that I was looking at a real person."

A even more odd story about this abode, involves the discovery of a coffin between the floor joists, during house renovations. Supposedly there was no actual body inside, but evidence that there was one at some time.

This 17th-century plantation house was built in 1680 and for 300 years was the home of the Lenox-Conyngham family. In 1816 George Lenox-Conyngham committed suicide here, and yet it his wife Oliva, garbed in black, who is said to be the best documented ghost in all Ireland. Olivia's appearances are generally reported to occur in the Blue Bedroom. Other reports are of her "running" in the corridors.

Romania, Transylvania is where Bran Castle is located, deep in the heart of the Carpathian Mountains. This fortress which sits majestically on a rocky outcrop, is commonly known as "Dracula's Castle" and some believe that Bran Castle is the place Bram Stoker had in mind for the Castle Dracula, when writing his novel. The legend goes, that the real Count Dracula, Vlad Tepes, actually lived here, but there is actually no evidence of this. There has been many reports of strange activity at this building and various "ghost hunters" flock here.

The ghost of Helen Gunn, is said to haunt Ackergill Tower. It is said that the young woman was being abducted by John Keith, who desired her for her beauty; but to escape her abductors' advances, she threw herself from the highest tower. Her ghost is seen, with her black hair flowing, wearing a long red ball gown.

Penrhyn Old Hall, which is located in Penrhyn Bay, has been the subject of many paranormal reports. In one of the rooms, many people have claimed to see an old lady sitting by the large fireplace, and others report a feeling of being watched. Other people have claimed being affected by odd feelings of dizziness and strange fluctuating temperatures.

All houses wherein men have lived and died Are haunted houses. Through the open doors The harmless phantoms on their errands glide, With feet that make no sound upon the floors.

From by Haunted Houses by  Henry Wadsworth Longfellow. 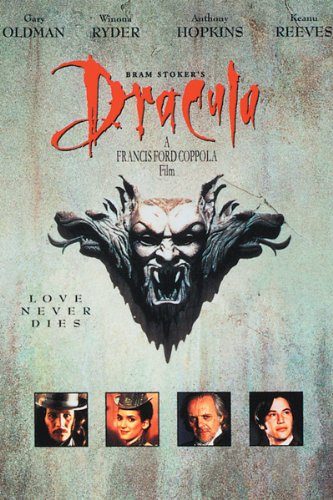 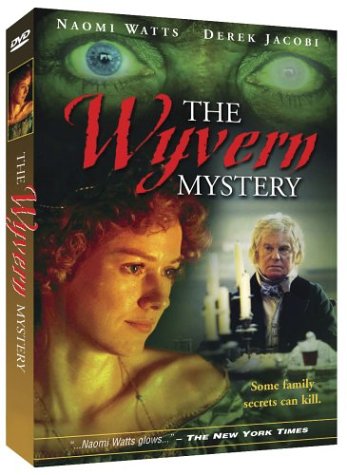 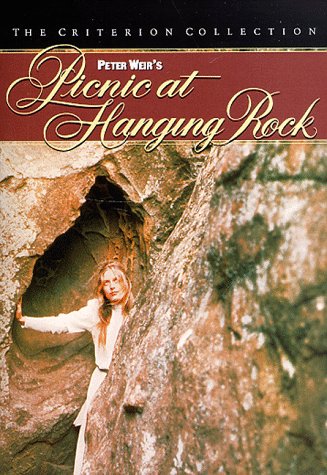 Picnic at Hanging Rock (The Criterion Collection) Amazon Price: $49.95 Buy Now(price as of Mar 22, 2016)
Next >> A Punishing Hike to Mt. Ypsilon in Rocky Mountain National Park