Have Indigestion? These Herbs Can Treat It

Turn to Your Natural Medicine Cabinet at Home

Everyday Herbs Can Sooth Your Indigestion

If you have ever suffered from indigestion, you know how inconvenient, painful and stressful it can be since it shows up unexpectedly and usually when you least are prepared for it.  Over the counter medications may not help and, what’s worse, they’re full of chemicals you don’t necessarily want in your body.  If you’ve had problems with occasional or chronic indigestion, make sure you have these herbs on hand to take care of it.

Peppermint: Peppermint is well known for curing stomach ailments.  It reduces nausea and can help to sooth indigestion.  Use peppermint in any of the following ways. Inhaling peppermint oil can help you to calm an upset stomach—simply take the lid off the bottle and sniff it.  Another suggesting using peppermint oil is to put one drop in a glass of water and drink it to aid indigestions. Peppermint tea is also helpful.    You can make your own tea for indigestion by adding 1/3 tsp dried peppermint leaves, 1/3 tsp chamomile and 1/3 peeled and grated ginger into a tea ball.  Infuse tea with the teaball for ten to twelve minutes.

Ginger:  Peppermint is great for indigestion but ginger is also known as a cure for stomach upset.  Often chewing on a small piece of candied, pickled or raw ginger can sooth indigestion.  Another option is to add ginger juice to boiling water—add some honey and drink as a tea.

Anise:  I love anise because it tastes like black licorice.  It is also great for curing indigestion.  The easiest way to use it is to crush one or two teaspoons of the seeds and steep in boiling water for ten minutes.  Be sure to use a tea bag or ball so that you don’t have to strain the seeds from the water before drinking.

Parsley:  It’s not just for garnish! Parsley is a great one to use for indigestion because it’s a fairly common cooking ingredient that can be found fresh in the fridge.  It is well known for killing bad breath and you can also eat it to sooth indigestion.  Just chew on a few fresh leaves after a meal. Or you can juice parsley and drink it.

Cinnamon:  This is another one that I love!  Cinnamon is well known for lowering insulin levels and is commonly used to aid digestion.  It also helps liver function and boosts metabolism.  You can use it for indigestion by taking a teaspoon of dried cinnamon orally (I would put it in a tea or blend it with milk and a little honey).  You might want to consider taking capsules since most may not like taking a whole teaspoon of cinnamon.

Finally, a good, old-fashioned glass of warm water with lemon can help with indigestion.  Chamomile, dandelion, fennel and green apples have all been used to sooth indigestion as well.

Indigestion is a fairly common condition and is often the product of eating foods that aren’t good for you although even healthy foods can cause it.  Instead using an over-the-counter chemical-laden remedy, open up your refrigerator or pantry to look for alternative treatments.  You probably have a great natural cure in  there for indigestion. 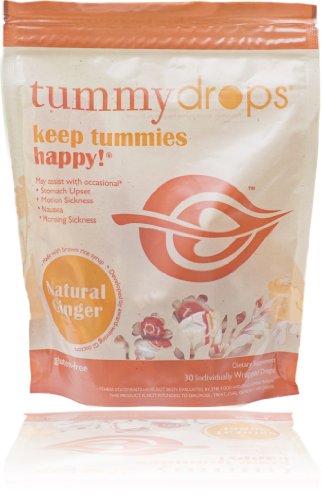