As well as being an avid writer, I am also an enthusiastic gamer, anime fan, movie buff, and love of all things strange. Being as I live with a boyfriend, I am also particularly knowledgeable about cleaning and cooking. You can join me in my adventure of writing for money here at Infobarrel. Sign Up today! Also, I wrote a book! Check out The Guild today!
InfoBarrel is a writing platform for non-fiction, reference-based, informative content. Opinions expressed by InfoBarrel writers are their own.
InfoBarrel > Entertainment > Film

Studio Ghibli President Koji Hoshino announced on September 1st, 2013 that the studio founder and one of the most beloved anime filmmakers of all-time Hayao Miyazaki would be retiring from the production of feature-length films with his his 11th and last feature film, The Wind Rises finished.  This announcement was made at Italy's Venice Film Festival, but the official announcement came from Miyazaki sever days later on September 6th. In his retirement announcement, he urged fans to “Watch the movies, everything I want to say is there.” This news does not rule out the possibility of Miyazaki working on shorter projects, but for the 72-year-old legend, it may be time to rest. Regardless, the world is robbed of one the most creative and thoughtful minds of its time.

It is impossible to be an anime fan and not enjoy something of Miyazaki's. Many fans will have Miyazaki movies that they absolutely hate, but they also have at least one of his works that they like. The movies of Hayao Miyazaki touch every genre in which even picky genre-specific anime elitists can enjoy at least one film.

Miyazaki started his career in 1961 where he worked at Toei Animation. During his stay there he worked on storyboards and key animation for a variety of anime, the most well known being the classic Lupin the Third. This led to his fist directorial role in his first feature film Lupin the Third: The Castle of Cagliostro in 1979. Miyazaki worked at various animation companies, however after the success of his second feature film, the beloved Nausicaa of the Valley of the Wind, he decided to co-found his own animation company Studio Ghibli with Isao Takahata and Toshio Suzuki.

From there, Miyazaki creates such adored classics as Castle in the Sky, My Neighbor Totoro, Kiki's delivery Service, Porco Rosso, and Princess Mononoke.

Princess Mononoke was seen as a critical success, winning the Japan Academy Prize for Best Picture. After the movies' success, Miyazaki went into a semi-retirement. Presumably because he painstakingly drew 80,000 of the film's frames by hand and his high workload was causing health problems. Although no one has ever straight out and said so about Miyazaki, his behavior has always suggested that he was a perfectionist in his work. At one point, in an interview he stated that if he could depend on his staff more with his workload he could focus on creating the movies he always wanted to create. This perfectionist attitude even pertained to his son Gorou, who also works at Studio Ghibli. Before his directorial debut with the Tales of Earthsea, there was staunch debate between father and son on whether he was ready to direct. This led to many bouts of estrangement between the two.

During his hiatus, Miyazaki spent time with the young daughters of a friend, one inspired him to come out of retirement and create one of the most memorable Studio Ghibli movies and Miyazaki's magnum opus—Spirited Away. Which was deemed a worldwide success and received awards in Japan, Germany and the United States. After Spirited Away's success, Miyazaki created Howl's Moving Castle, Ponyo, and helped his son in the creation of three other Studio Ghibli movies. 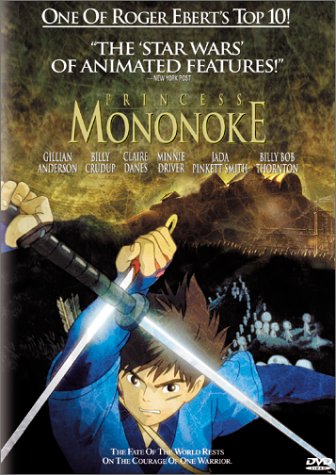 Now the career that has been sprinkled with creativity and brilliance is finally coming to a definite end with his last movie The Wind Rises. The Wind Rises is a look at the life of Jiro Horikoshi, the man who designed Japanese fighter planes during World War II.  There are hundreds of animation companies that make movies, but what has made every single of one of Miyazaki's movies a special and touching experience?

A better question might be what doesn't? The characters, landscapes, machines, wildlife, all of it dances gracefully on the screen. Miyazaki's love of nature is evident in all his films, many of them focus on the battle between nature and the devastating of urbanization. There are always clear moral messages present in Miyazaki's film, ones that really grab attention and garner thought without being preachy as morals can be at times. Another common theme in near all his movies is his fascination with all things airborne, an ode to his own family in which made airplane parts in World War II.

However, with the stories and the messages that his movies bring enthralls viewers, the real hook is the animation. All of Miyazaki's movies have been painstakingly hand animated, which these days is rare. While in some movies, he gave into the temptation of CGI to enhance some parts, it is admirable the amount of work he put into the thousands of different frames. This essentially makes Hayao Miyazaki's movies like artisan wine or cheese, everything handcrafted is always better. What is more impressive is the finished product. If there is one word that can always be used to describe Miyazaki's animation it is "fluid." 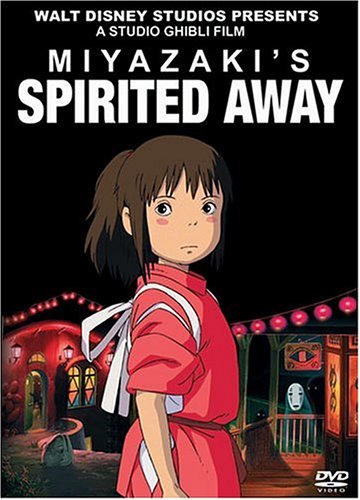 He has always strived to create characters with very human motion and reaction. Each and every one of his creations feels like it is alive in its own right. From the hair bristling when a character is surprised or angry to the squish and squelch of slimy objects. It  really gives the feeling of realism to the animation without striving to have overly realistic looking artwork. In fact, Miyazaki has always seemed to lean away from trying for realism. All these tales feature fantasy elements and characters, the kind that one would only be able to find in the recesses of animation.

My personal experience with Miyazaki's movies has been like a long relationship. I have loved, I have hated, I have criticized when I was going through my anime elitist phase, but in the end there is no denying what these movies mean to me. Princess Mononoke was the first piece of Japanese animation I had ever watched. It opened a broad and wonderful new world for me. That is a debt I owe to a Miyazaki movie, so I have made peace with my elitism. The hand drawn animation earns my overwhelming respect and nothing can change that either.  I have honestly not cared for a movie after Spirited Away, but Hayao Miyazaki's retirement is a saddening loss for the world of animation.

I truly haven't been this sad about the loss of a great talent since Satoshi Kon's death, which just devastated me as a hardcore Kon fan.