So the draft is over and you’re not a happy bunny. All of the guys that you wanted to grab are gone and your team resembles the 1976 Tampa Bay Buccaneers. Perhaps you got a couple of players that leave you with a slightly optimistic feeling; a few stars that could form the nucleus of a championship winning side. Even if you did, what good are a few superstars going to be if the rest of your team couldn’t beat a fat man up a hill? Don’t worry; all is not lost. Here are a few tips that could help turn your team from the ’76 Bucs to the ’72 Dolphins.

Trading might not be the most successful endeavor here because anyone that knows their fantasy football will be laughing their socks off at your roster. The chances are that when you suggest trading somebody’s Tom Brady for your Tim Tebow, you’re going to get laughed out of the league, but there may be a glimmer of hope here. If you have a newbie playing in the league then you may be able to persuade them to give up one or two of their players for one or two of your own. Hawk eyed commissioners might step in if they feel that you’re taking advantage of another player, but if you get away with it, you’ll be one step towards making the post season.

If there are no easy pickings in the newbie players list then you may have to try to make some intelligent trades. Take a good look at the rest of the league’s rosters. Try to figure out where your opponents’ weaknesses are and then try to trade around in order to fill their gaps. Of course, you’re going to want to be adequately compensated in any trade and that’s how you fix your team.

There will always be players left on the free agent list that could help your team out. Last year’s statistics don’t necessarily mean much for the upcoming games, but there are always going to be players that perform to a certain level. Picking up the leftovers can make you feel dirty, but there can be some gems hidden away. Remember step one. Another man’s trash can be another man’s treasure. If you pick up a talented player that somebody else needs, you can use that newly acquired player as a bargaining chip in a potential trade. Keep your eye out for talent on the list. 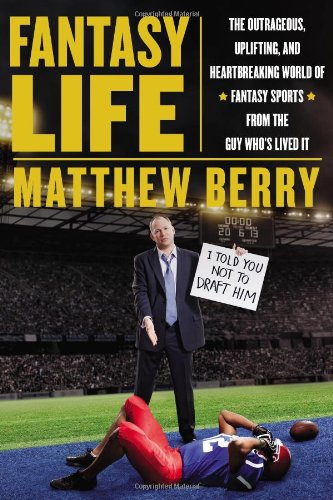 Fantasy Life: The Outrageous, Uplifting, and Heartbreaking World of Fantasy Sports from the Guy Who's Lived ItAmazon Price: $27.95 $14.00 Buy Now(price as of Oct 5, 2013)

Wait for a Break-out

The season is long. The players that are great in week one won’t necessarily be great at the end of the year. Players will get injured or suspended throughout the year and other players will step up to take their place. Make sure that you’re on top of the revolving door of potential pick-ups. As soon as you notice a player that seems to have burst onto the radar go out and grab him. You are guaranteed to find new NFL stars on a weekly basis at the start of the season, but be careful because other teams will be looking for those players too. You could get a lot of respect, and a lot of points, if you pick up this year’s break-out player.

Another method of playing the waiting game is to get a good understanding of injured players. Some teams will stick guys on IR, some will put them on the PUP list, and some will just list them as probable every week. If you can get a good knowledge of what injuries a player has, and more importantly how long they’ll be sidelined for, you can swoop in and pick up good players as they come back to fitness. Remember that there will be players on other teams’ injury lists too. Making a trade for an injured player may sound crazy but if that player is due to return in a couple of weeks, and they are due to feature heavily in the points, then you may be making the most shrewd trade of the season. This tip is a high risk versus high reward tip. There is always the chance that the player that you’ve picked up will not be what you hoped. The decision lies with you alone.

Get Inside the Numbers

As the season progresses, you will be able to draw on more and more data. There are great websites out there than can give you amazingly useful information on all of the players on your roster. Sure, the most explosive tight ends in the league may have been snapped up by your buddies, but do they know which tight ends get the most targets in the red zone? Perhaps your running backs suck, but who has the back that always gets the goal line carries? What about that receiver that doesn’t get deep often but kills in a PPR league? On top of player data, you can get all of the team data too. Perhaps you have a good QB who struggles against certain opponents. How will you know when to start him and when to sit him if you can’t see all of his numbers laid bare? Data is your friend. They say that stats are for losers, but they wouldn’t record them if they didn’t hold some value in game planning.

If all else fails then you can resort to other tactics. Money talks guys and gals, and while I’m not advocating bribery, you may find success by offering green backs for certain prestige players. If you’re still getting no joy, then it might be time to threaten your opponents with blackmail. Remember that fishing trip where your buddy drank too much, had an accident, and he had to throw away his pants? He told his wife that Magpies stole them right? Well you know the truth and that has to be worth an Adrian Peterson or a Peyton Manning doesn’t it? 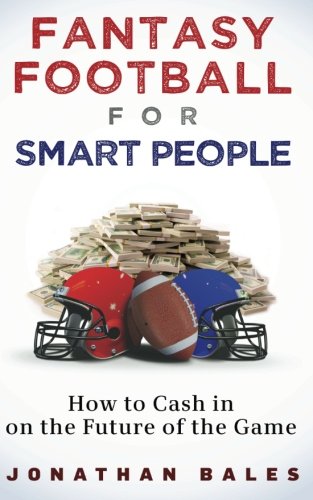 These tips do work. I’ve employed them myself over the years and had some genuine success. Perhaps I have haven’t tried bribery or blackmail, but the rest of the methods listed work. If your team is totally ruined, then you may have to bite the bullet and make of it what you can. I don’t believe that any fantasy team is a lost cause however, and even if you don’t make the post season, trying to get there should give you plenty of enjoyment. At the end of the day, fantasy football is supposed to be fun. Go out and enjoy yourselves, and don’t forget the smack talk.