Deborah Diane is a freelance writer from Orange County, California, and the author of a helpful retirement blog:  Baby Boomer Retirement Order Deborah Dian's Kindle books from Amazon or on her blog: "Your Guide to a Fabulous Las Vegas Wedding" "Romantic Budget Wedding Ideas" "The Parrot Trap: A Children's Story" (Gently Teaches Stranger Danger) "The Mayor and the Garbage" (Teen fiction) "Dangerous Lies We Tell to Children and Ourselves" Twitter: www.twitter.com/DeborahDian
InfoBarrel is a writing platform for non-fiction, reference-based, informative content. Opinions expressed by InfoBarrel writers are their own.
InfoBarrel > Health > Mental Health

When teens unexpectedly lose someone important to them, it can seem overwhelming. They don't know what to expect or how to handle their grief. There are many things that adults can do to help teens through these difficult situations.

Recently, a popular coach at the high school where I work, died of a heart attack in his classroom. Tragically, his body was discovered by a group of students who entered his classroom after lunch. Because he was well-known and well-liked on campus, his loss was felt by the entire student body. The next day our school brought in grief counselors to help the affected students. Other staff members, who were more familiar to the students, also made themselves available to talk and spend time with anyone who was grieving. Here are some of the actions that were taken to help everyone get through this difficult week.

We Let the Teens Demonstrate their Grief

The next day, nearly the entire student body showed up for school dressed entirely in black. The evening before, a few students had sent out a text to their friends, and the text was forwarded on and on, until almost every student had been contacted. This action was taken by the teens, alone, and seemed to mean a lot to them. In addition, during the next few days, the door to the classroom became a mini-shrine, covered with notes, flowers and photos. These items were left up for the remainder of the school week and eventually given to the coach's family.

We Let the Teens Express their Grief

Special grief counselors were available to talk with any student who asked. The school psychologist and regular on-staff counselors were also available. Teachers chatted with their students, and paid special attention to any student who seemed unusually quiet or subdued. All students were invited to make cards or write notes to the coach's family. Boxes were set out around the campus where the notes could be left. Students were also told that they could write an anonymous note about their feelings to the counselors, or to the family.

We Gave the Teens a Way to Help

The school held a food drive, to provide food for those who would be attending the funeral service. The service itself was held at a large community church, and was open to the public ... including the many high school students who wanted to attend.

After the coach's death, all tests and major projects were postponed.

A pep rally that had been scheduled that week was cancelled. Every effort was made to create a more relaxed atmosphere around campus for the next few days.

We Gradually Returned to Normal, with a Few Changes

Although eventually everything will have to return to "normal," no one is pretending that nothing will change. A retired teacher was brought back to take over the coach's academic classes ... he had taught English in addition to his coaching duties. However, his classes were moved to a different, unused classroom. Another coach will take over the team responsibilities, but admittedly things will feel different for a while. Tests are being rescheduled and projects reassigned. Eventually, the pep rally will be held, and we will have tributes to the coach, to show the students that he has not been forgotten.

We Accept that Grieving Will Go On

Everyone had a different connection to the coach, and every person takes a different amount of time to grieve. Despite the necessity of returning life to normal, the school will continue to monitor students and make sure they receive counseling, as necessary. We know that some of the students will act out, and display anger. Others may seem unusually quiet. We know to expect these mood swings, and will attempt to quietly intervene, when we can.

If you wish to learn more about issues affecting today's teenagers, you may want to read:

Teach Your Teen about HIV and AIDS

Preventing Death and Injury in Children

Why Worry About Drug and Alcohol Abuse Among Teens

This Book Will Help Your Teen Cope With a Death 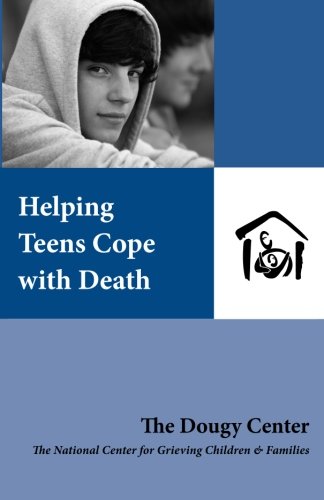 Helping Teens Cope with Death Amazon Price: $9.95 $5.96 Buy Now(price as of Sep 3, 2015)
If you want or feel you need more information than what is contained in the article above, this book can help.
Next >> How to Get Creative Juices Flowing - Get Your Body, Mind and Soul on the Same Page