Visit my blog Girl Scout Leader and Follow me on Twitter! A leader's resource for all things related to Girl Scouts!  Craft ideas, troop meetings, field trips, and more!
InfoBarrel is a writing platform for non-fiction, reference-based, informative content. Opinions expressed by InfoBarrel writers are their own.
InfoBarrel > Lifestyle

While Ms. O’Connor wrote the first six books of the series, the second half of the twelve books was written by Marcia Leonard.

Through a fictitious Brownie troop, these stories share Brownie Girl Scout values, such as friendship, kindness to other people, and helping others. They are a useful tool in helping the girls understand the meaning of being a Girl Scout.

For an adult, the plot of each book is predictable, but this is a valuable tool in children’s literature when trying to teach a the reader a lesson. From my own experience as an elementary school teacher, children do not like books with unhappy or unpredictable endings. Thesae books are also written on grade level, so even those who are not the most proficient readers can easily read it on their own.

Here are the titles and a brief synopsis of each book in the Here Come the Brownies series.

We are introduced to the Brownie troop I this book. A new girl, Corrie, moves to town and in order to make new friends, decides to become a Brownie Girl Scout and join a troop.

In this book, Sarah is the central character. She is a shy girl who finds it difficult to speak up at meetings. She has an idea for a community service project-to bring pets to a nursing home for the residents to visit. She eventually speaks her mind and the troop is able to do this project successfully.

Book 3 Make Up Your Mind, Marsha

In the third book of the series, Marsha is the protagonist. Marsha is an indecisive child who faces a dilemma. She needs to choose between doing the right thing or doing something for herself, which would hurt the feelings of another child. With the assistance of her Brownie friends, Marsha makes her decision.

It is Amy’s turn to take the spotlight in the fourth Here Comes the Brownies book. Amy is a popular girl in her troop (in a positive sense of the word) with a bright and fun personality. In this adventure, the troop goes camping, and Amy gets sick during the camp out. Will the girls still like her even though she is not partaking in the camping activities?

Corrie takes center stage again when the girl are paired of for a Girl Scout Thinking Day project (a day where Girl Scouts around the world do special projects and “think” of each other). Krissy, who is the smartest girl in the troop, is paired with Corrie. Feeling inferior, Corrie learns that everyone has special strengths and talents to contribute, as well as learning the joys of cooperation.

Book 6 Lauren and the New Baby

Lauren is the featured Brownie Girl Scout in this book. While she is excited about becoming a big sister, her best friend, Marsha, is feeling afraid that the new baby will come between them. From my older daughter’s personal experience at becoming a big sister as a second grade Brownie Scout, Marsha’s feelings do ring true.

Krissy is the protagonist of the seventh book in the Here Come the Brownies series. Money is tight in Krissy’s house. In order to join her Brownie troop on a field trip to see The Secret garden, she will have to earn money. This book tells how she does it.

Book 8 Is That Really You Amy?

Amy gets another turn in the spotlight in this book. Amy’s babysitter is a rock star to Amy-she is a Cadette Girl Scout. She copies everything Hallie, her babysitter, does. Hallie’s Cadette troop act as guides on a field trip with Amy’s Brownie troop. Amy starts to act differently around the older girls, making her Brownie friends upset and causing the older girls to talk about her. Lessons about how to treat others and beings a sister to every Girl Scout are highlighted in this book.

Sarah, the protagonist of this story, is afraid of the dark, a common fear among elementary school aged children. Worrying that all of her friends will discover her fear of the dark during an Brownie overnight trip at a lighthouse, Sarah tries to hide her secret until a passing storm shows her that everyone has fears, including grownups.

In this story, Marsha misplaces the teddy bear that has been sent to her Brownie troop by a sister troop in Australia. She spends the day trying to find it, and of course, she does.

Jo Ann, who is Chinese, is the central character of this story. The Brownie troop is throwing a party for their troop leader. The girls are asked to bring their favorite dessert. Jo Ann cannot decide whether or not to bring hers, which is a Chinese dish and much different from the other girls dessert choices. Jo Ann’s grandmother helps her decide what to bring.

Book 12 Krissy and the Big Snow

While going on a day trip to a working farm, a sudden snowstorm strands the Brownie troop overnight. Krissy, who is the focus of this story, is upset because she is in a play and will miss her opening night due to the weather. Krissy’s Brownie friends help comfort her and show compassion to Krissy during this unexpected turn of events.

While this book series is now out of print, it can still be purchased online.  For young readers who love being a Girl Scout, these books are a great investment.

Here is the Book That Starts the Troop Going 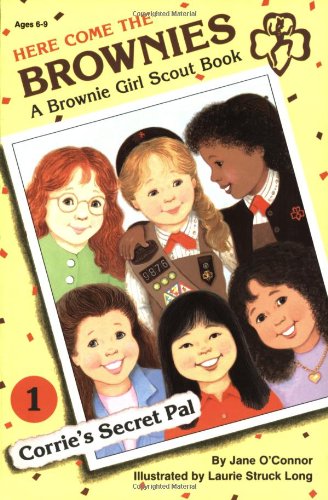 Corrie's Secret Pal: 1 (Here Come the Brownies) Amazon Price: $12.86 Buy Now(price as of Aug 3, 2016)
In this first book, readers will meet the girls who make up the troop and get a sense of who they are. They are all together throughout the twelve books in the series.

Here is Another Popular Title

Krissy and the Big Snow (Here Come the Brownies) Amazon Price: $17.00 Buy Now(price as of Aug 3, 2016)
This book teaches girls a valuable lesson.

A Lesson on Being True to Yourself 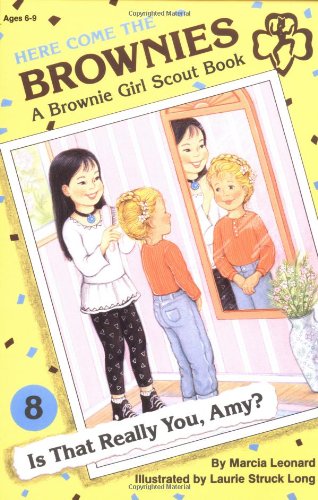