Deb writes under the pen-name "Introspective" for InfoBarrel. You can follow her on Twitter, Google+, Linked-in, and Instagram @DebW07.
InfoBarrel is a writing platform for non-fiction, reference-based, informative content. Opinions expressed by InfoBarrel writers are their own.
InfoBarrel > Entertainment > Film > Television

"Here Comes Honey Boo Boo" premiered on TLC (The Learning Channel) August 8, 2012 and although some critics slammed the show, the public couldn’t get enough. They tuned-in to watch weekly, making it a ratings hit for TLC. The ten episodes from their premiere season attracted such large audiences that the show garnered higher ratings than both the 2012 Republican and Democratic Conventions.

Credit: Introspective Pics on AndroidifyThe show, Here Comes Honey Boo Boo, focuses on the Shannon/Thompson family, but the two breakout stars of the show are June Shannon aka "Mama" and her youngest daughter Alana Thompson aka "Honey Boo Boo."

Alana is a 7-year-old energetic, rambunctious, bubbly, sassy, and just plain ol’ cute tyke, sort of a modern day equivalent to Shirley Temple, but with a redneck attitude! One of her many sayings is "You Betta Redneckognize!" In another episode, when discussing an upcoming meal, she says "It's been awhile since I done had road kill in my belly!"

"This is my Crazy Family"

In the first episode, Honey Boo Boo introduces the audience to the household members by saying; "This is my Crazy Family":

June Shannon aka "Mama": Described as "the boss of the family," Mama is a 32-year-old mother of four daughters. She had her first child at 15 and obtained her GED. When the audience meets the family, Mama’s 17-year-old daughter  is pregnant and Mama says "You think that boy's gonna love and care about you? Negative. All that boy is wanting is to get in your lil 'biscuit' and get a lil piece and he's running." Mama appears to be a loving and caring mother who often makes the family’s favorite meal, "Sketti." A recipe made by mixing butter and ketchup together, then melting it in a microwave and pouring it onto spaghetti noodles.

Mama is a rotund woman, weighing over 300 pounds. Her daughter "Pumpkin" says; "My momma, from her feet to her head is like enormous!" But Mama doesn't dwell on her size, saying; "There’s a lot of people that are bigger than me, they got five hundred chins. I only got about two or three, but I embrace it, my fatness." She also tells her daughters they can lose weight by passing gas between 12-15 times a day.

Mike Thompson aka "Sugar Bear": Thompson is Alana’s biological father and he lives with the family. Mama refers to Sugar Bear as; "my baby daddy," and although she claims she’s not ready for marriage, she likes having him in the house, saying; "We got too much estrogen in the house, we need some, uh, testosterone."

Anna Shannon aka "Chickadee": Anna is June's oldest daughter, she is 17 and during the first season of the show she is pregnant. Honey Boo Boo introduces the audience to Chickadee by saying she is "the 'pregnantest.'"  The birth of baby Kaitlyn is one of the storylines included in the season finale and the family is surprised to learn the baby has something extra.

Jessica Shannon aka "Chubbs":  Jessica is Alana's 15 year-old half-sister, and very close to her. Honey Boo Boo says; "Jessica is my favorite, like my BFF." Jessica’s mother lovingly refers to her as "Chubbs" because she is overweight, but she is adamant that she will lose weight before starting high school.

Lauryn Shannon aka "Pumpkin": Lauryn is 12 years-old and Alana claims; "Pumpkin is the craziest." Lauryn comes across as a typical pre-teen who enjoys fooling around and having fun.

Alana has been competing in pageants for almost three years and describes herself this way; "I am Honey Boo Boo Child and I am a pageant queen superstar!" Indeed, Ms. Boo Boo was discovered by TLC on another of their reality shows, “Toddlers and Tiaras,” which focuses on the participants of child pageants. Honey Boo Boo, however, is not your typical pageant tyke. She’s more of a pageant dumpling, with a big personality to match.

One thing this "pageant queen superstar" has not been able to do is win the title of "Grand Supreme." Part of the storyline of Here Comes Honey Boo Boo was about Alana preparing to win the “big title” at the "big pageant" at the end of the summer.

Credit: Introspective Pics.Mama hired a coach from the Deevas Dance Studio who taught Alana a routine based on Elvis Presley. When the coach asked if she knew who Elvis was, Honey Boo Boo said he was Santa Clause’s helper.  "Elvis helps Santa Clause make toys. I know this because my daddy told me." She then competed in the “Rock Stars Divas” pageant and performed her Elvis routine. The audience chuckled when she danced around the stage with a sassy attitude in a white one piece jumper, similar to the costumes the King himself wore onstage. Honey Boo Boo won the pageant’s 4-6 year-old Age Division Queen award.  However, she did not win the Rock Star Grand Supreme title and was very disappointed.

After the Rock Star Pageant, Mama enlisted the help of a salon owner to teach her how to do Alana’s make-up for future pageants. The owner made up half of Alana’s face and Mama attempted to put make-up on the other half . . . it didn’t go so well. Mama’s side of the face looked like a clown blew up. To her defense, Mama said "I don’t wear no make-up, period." As far as Ms. Honey Boo Boo, she said "Mama! You’re never, ever, pever gonna touch my face again!"

Hoping to get some tips on how to win the Grand Supreme title, Honey Boo Boo met with Miss Georgia 2011 (Michaela Lackey), but had a bit of an embarrassing moment. While having cake, she expressed air and Miss Georgia was quite aware of it. When Mama asked what happened, Honey Boo Boo shyly whispered; "I farted . . . [and] she heard me." At the end of the meeting Miss Georgia said "Alana’s always gonna have something extra that you'll never find in another child, that's for sure." Regarding Miss Georgia, Honey Boo Boo said "She is very pretty and I don’t think she farts."

During the season finale Honey Boo Boo competed in the "big" pageant; "Pageants Unlimited Georgia – Miss Sparkle and Shine Pageant."  Although she had a bit of trouble fitting into her pageant gown, Honey Boo Boo wasn't worried at all, she said; "Mama, I think I’m a little chunky today." Her sister said; "Alana is not the average pageant person. Most of the girls are like twigs, Alana’s nowhere near that. She's more of a log. Or a boulder."

Honey Boo Boo put on the charm and was very likable on stage, she had the crowd cheering and Mama shouting; "Work it, Smoochie!" Unfortunately, Honey Boo Boo failed to win the Ultimate title but she did win the "People’s Choice Award." As the family left the pageant, Honey Boo Boo was not sad, she said; "My family’s proud of me because I’m the Ultimate Grand Supreme of my family."

The family participated in several activities throughout the season, such as "The Redneck Games," an annual event in Georgia, which June describes as; "Similar to the Olympics but with a lot of missing teeth and a lot of butt cracks showing."

The family also got together with several of their friends for a day of "mud-boggin'." This is when everyone hops on a four-wheeler and rides in and around a large mud pit. Everyone

Credit: morguefile.comhoots and howls with laughter as mud splatters everywhere and on everyone.  Honey Boo Boo says "You Betta Redneckognize! I like to get down and dirty, redneck style."

Honey Boo Boo and her family hosted a "Christmas in July" charitable event at their home. They adorned their home with a number of lights and inflatable Christmas decorations. Sugar Bear dressed-up as Santa Clause and listened to a number of children describe what they wanted for Christmas. The family accepted donations of toys and canned goods to distribute to people within their community. After the even was over, Sugar Bear said "I'm hot and I'm sweating and I need to take a bath. I smell like a bowl of oyster stew, so I gotta get clean."

An interesting but quite repulsive game the family played was "Guess whose breath?" One person sits in a chair and is blindfolded while the other people go up to that person, one at a time, and blow their breath in the person’s face. The person in the chair then has to guess who it was. Honey Boo Boo was first saying; "It smells like A-S-S and it's Pumpkin," then she said; "What does A-S-S spell anyway? – I don’t know." Next, she says the person's breath; "Smells like booty boo," and the game continued with the rest of the family taking their turns smelling each other’s breath.

Honey Boo Boo and her sister Pumpkin took an etiquette class from the owner of the Etiquette School of Atlanta. However, things did not go very well, Pumpkin blew her nose and belched at the table, and then asked if it was okay to pass gas while seated at the dining room table. As far as Honey Boo Boo, she said she learned nothing from the etiquette class because it wasn’t fun, then says "etiquette classes are for stupid people!"

The gals went to a salon to get pampered, however, when it came time for pedicures, Mama would not remove her socks to get a pedicure because one of her big toes had been "mangled" in a "forklift accident." Mama calls her toe "deformed," the girls call it "forklift foot."

Mama and the girls went to a water park and were excited because they'd never been to one. The first thing they did was take a leisurely ride on the park’s "lazy river" and afterwards, Mama had a difficult time taking her water raft off.  Throughout the day, Mama wore her socks, but the girls convinced her to show them (and the audience) her foot. Pumpkin says "It was a good day because I saw my Mama's forklift foot and it was so nasty!"

The season finale included the birth of Anna’s baby, and little Kaitlyn Elizabeth was born with something extra, two thumbs on her right hand. Mama said "Every baby's born with something special!" and also; "It's better to have an extra thumb than to not have a thumb at all. We've kinda embraced it and she's more special to me. So it is what it is and we've moved on, it's no big deal, she's just special." Honey Boo Boo said; "I wish I had an extra finger. Then I could grab more cheese balls." while Chubbs said; "Gimme a high six, Kaitlyn!" and Sugar Bear said; "Having that extra thumb reminds me of a Swiss army knife."

At the end of the season the family all agreed the best part of the summer was baby Kaitlyn being born.

Can’t get enough of Here Comes Honey Boo Boo? Don’t worry; TLC has ordered more episodes, plus holiday specials for Halloween, Thanksgiving, and Christmas. I guess we all "betta redneckognize!"

For information on other topics, see the following;

In-Laws: The Good The Bad and The Ugly 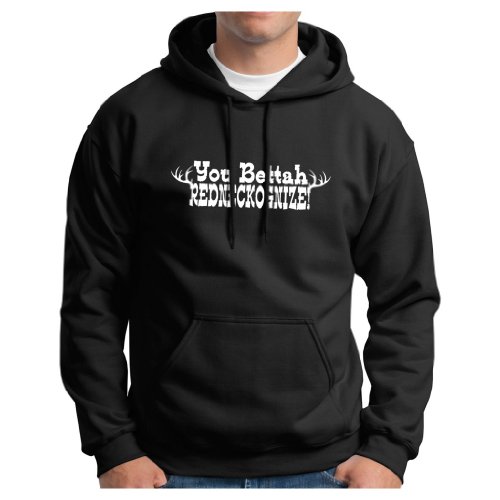